Dubai, UAE – Crickslab today announced that the sultan of swing and former Pakistan test cricket legend Wasim Akram had joined their team as a Director & Brand Ambassador. As part of the landmark partnership, Akram will work hand in hand with Crickslab to innovate their product & make powerful cricket technology accessible to every player, fan and cricket club around the world. 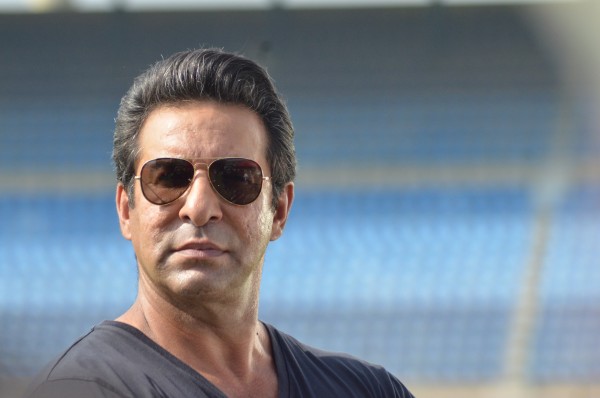 The multi-faceted partnership will include the development of original content, inspired by Mr Akram’s continued involvement in the cricket community and goal to enable better talent development at all levels of the game. Mr Akram will play an integral role in the promotion of Crickslab’s cricket management and live scoring application both in Pakistan and on a global scale. 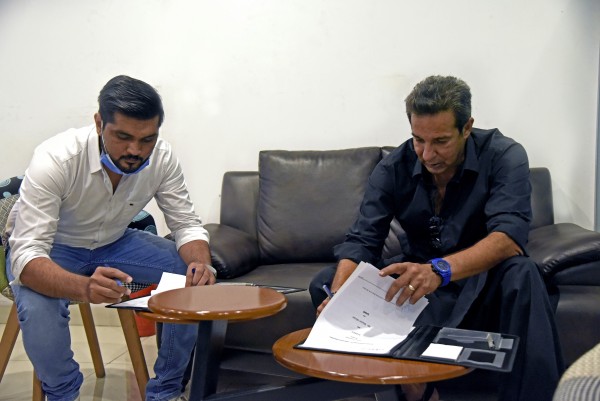 Following a career that started in 1985 without playing any first-class cricket, Wasim Akram took over 400 test wickets and 500 wickets in ODI’s to become arguably one of the best-left arm pace bowlers of all time. Wasim Akram has solidified his legacy with his continual involvement in player development as a bowling coach and has built a loyal following through his rise in the media as a prolific cricket commentator and TV personality.

“We are focusing on the development of cricket on a global scale, and we wanted one of the legends of the game to join our team to help us grow,” says Nadeem Akhtar, CEO at Crickslab. “He [Wasim Akram] brings a massive amount of respect to our business and shares our vision of making powerful cricket technology available to all levels of cricket. Wasim will play a huge role as a brand ambassador that spreads the word of Crickslab across the globe and mentor that guides our product development.”

“The Crickslab team reached out to me via my social media channel, and we’ve been following their story over the last six months,” notes Mr Akram, Former Pakistan Cricket Captain. “They [Crickslab] have shown what they’re doing is a game-changer for the way clubs, fans, and players experience and play cricket. It [Crickslab] truly is a one-window solution where you can manage matches, get player data, see live scores and stream video with international quality all from a smartphone. Together with Crickslab, we are going to advance the way cricket is played, from the grassroots level to National teams.”

“Crickslab turns every ball bowled into valuable data that can be captured on smartphones and used to find new talent and manage domestic cricket like never before,” says Nadeem Akhtar, CEO at Crickslab. “Everyone is connected by Social Media, smartphones & the internet. We take the data to the cloud so clubs & players can share data no matter the location.” 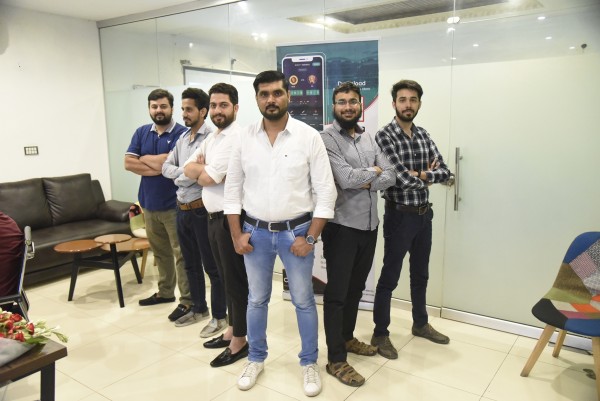 Crickslab is a cricket management and live-scoring app for clubs, associations, league managers and broadcasters to manage the entire cricket ecosystem to run international quality match experiences for players and fans from their mobile. Crickslab was founded by Nadeem Akhtar (Pakistan), Muhammad Usman (Pakistan), and Damian Brennan (Australia) in Dubai, UAE, and officially launched in April 2019 after 2+ years of development.

Crickslab has now grown a global user base in more than thirty countries including Australia, South Africa, Pakistan, UAE, UK, USA, Sri Lanka, India, Bangladesh, and Cyprus, with planned expansion across all cricketing nations by 2021. Crickslab is gaining momentum with 500% month on month growth in new players joining the platform and a 300% increase in the number of leagues held by established cricket clubs across the world.