Gospel singer/rapper Mr. Vernon Little has dropped a new album titled ‘Words To Live By’ which consists of high energy Christian rap and incredible melodies. This is an album that will keep you at the edge of your seat and one you definitely don’t want to miss. History in the making.

The variety of super fresh tracks on ‘Words To Live By’ can easily reel in any listener. This is the kind of album that sucks you right in and refuses to let you go. With rich instrumentation and great deliveries, Mr. Little’s new project hits the spot at home on the headphones or home at the controls.

The most impressive element of the album ‘Words To Live By’ is its flow and evolution across its tracks. The quality of the recording is noticeable, too, with every track sounding professional, both in vision and style. Through Mr. Little’s signature style, he has truly mastered his art, and is giving a new direction to the wider urban sound. 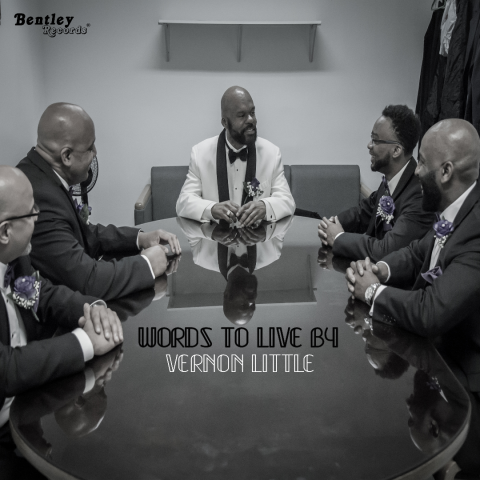 Mr. Little’s originality and previous releases have significantly helped him amass a loyal and supportive fan base online. He has built an international following by paving his own path with his distinct artistry and distinguished approach. Whatever an individual’s music taste is, everyone can find at least a song on ‘Words To Live By’ they can relate to lyrically or appreciate musically. Everything about this amazing album make it a must-listen!

Vernon Little is a hip hop/holy hip hop artist from the Bronx, N.Y. He was dedicated to the Lord as a baby in the early 1970’s, and was raised in the church. Mr. Little was blessed to be able to release a CD in 2011 titled ‘A New Beginning’ through Tate Music Group. He also released a CD in 2018 titled ‘Double Minded’ through Bentley Records. Multiple platforms have always been made available to Vernon to promote the good news of the gospel. As an ordained pastor, he has continued to keep God first in his recordings.