New York, NY – July 2, 2021 – The public may have varying opinions of the Kardashian family, yet one might say music lovers far and wide owe them a debt of gratitude for shining a mega-spotlight on new artist, Keith Milo. The Crooner launched into a spur-of-the-moment serenade to Kim K. at a recent A-lister Hollywood event and now the rest of the world may have the same opportunity as he premieres his song, OASIS, in one time only appearance in Times Square this weekend. 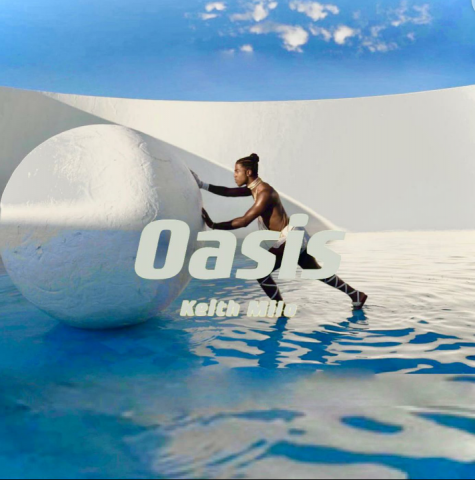 The special appearance will take place from 7 – 10 p.m., Saturday, July 3, at 1540 Broadway. Just look for his Keith:s billboard, he will host a meet and greet for fans followed by the new music debut under it.

Let it not be forgotten however amidst the buzz of his brush with reality tv fame, that Milo is a budding star in his own right. He was, in fact, recently named to New York Weekly’s list of 2021’s Top 20 Musicians to Watch – alongside the likes of Justin Bieber and Demi Lovato. And his exceptional grasp of a broad range of styles across genres take his unique vocal talents next level and skyrockets his appeal amongst diverse fan groups.

The Texas native, who now calls Los Angeles home, has been composing, vocalizing and producing his original music from an early age and plays both guitar and piano. Milo studied his craft at Booker T. Washington High School for the Performing and Visual Arts and the prestigious Berklee College of Music whose alumni includes Quincy Jones and John Mayer. On his hit-in-the-making, OASIS, fellow Berklee alum, Arnetta Johnson, who has toured with Beyonce, joins the band on trumpet. His multi-faceted creativity does not stop with making music. His talents stretch into the fashion arena as well. He designed his own wardrobe for the OASIS video in partnership with celebrated sustainable fashion designer, Xavier Othon, featuring recycled velvets, metals, chains, pearls and vintage Swavorski crystal pieces.

“The Times Square apearance is definitely beyond my wildest dreams and the exact scene where I thrive.

I love being up close and personal with fans. I hope to let my music show the general public what I am all about and give them a reason to smile,” said Milo.

“From the moment I start writing a song, I am picturing every stage of production culminating with the launch. OASIS is a special song and its intro is going to be one for the books.”

Two more releases and music videos are currently in the works with Milo scheduled to perform at venues across the country throughout the remainder of 2021.

OASIS is available now on all streaming platforms and the tune’s accompanying video can be seen at @keithmilomusic on YouTube. For more information about Keith Milo, go to: