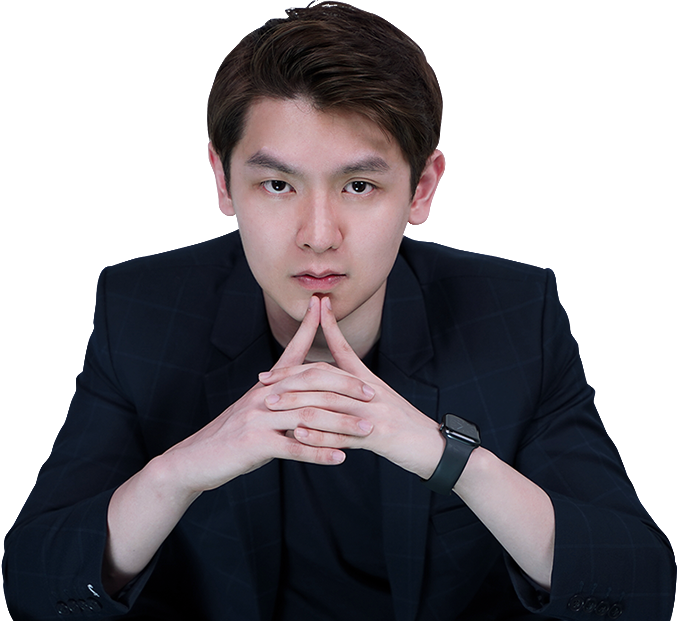 I didn’t fail. I learned three ways why my business didn’t work out.
Thousands have elevated their businesses and lives through Reeve Yew, a Malaysia leading entrepreneur and business strategist.

Unlike many success stories, Reeve neither failed his studies nor quitted college. He established his 7 figure online empire based on two principles: Don’t Stop and Don’t Obey.

Reeve was raised in an ordinary Chinese household in Selangor, Malaysia – with his father as a construction site supervisor and his mother as a maths teacher. “I didn’t like attending classes as a kid, the teachers were all complaining to my mother,” he claimed in the interview.

The all rounded entrepreneur’s carefree attitude since young would have shaped his future somehow. Regardless of his refusal to play by the book, adolescent Reeve was awarded high distinctions all the way.

At merely 15 year old, Reeve made a monthly profit of $2,500 (MYR10,513) from reselling LED watches (also known as samurai watches) after importing them directly from China’s now largest ecommerce platform. His first amateur trade marked the beginning of his decade-long entrepreneurship.

In his early twenties, Reeve surpassed his peers by becoming numerous hackathons’ champions. He was naturally competitive and didn’t stop until he broke the first prize record. He won the Oxford’s Hackathon, then he won Dropbox London Hackathon, crowned the third hackathon and another one.

“Don’t freeze when you don’t know what to do. Simply choose one thing, do it for a year and you’ll see the results for yourself.” – Reeve Yew

Greatly recognized for his exceptional intellect and talents in the digital field, the London Evening Standard News even featured him for his team’s invention of an indoor GPS mobile application — ElasticApp. Head of Apple Music, Oliver Schusser, told the news, “Elastic is a positive tale in London’s growing app economy.”

Aside from rising as a star developer, Reeve said he had not forgotten about the other real deal — which was to build an automated source of income. Back then, one of his ways was to generate online sales without the need of meeting people in person.

Reeve said he began providing global companies and clients a single solution to one of their biggest challenges, “Most people didn’t know how to market their products/services.” He seized the opportunity of building high-converting landing pages for growing businesses. Three months into creating strategic sites, he had an additional $27,302 (MYR114,818) in his bank account.

Later, he became highly sought after and has collaborated with many world’s reputable entrepreneurs: Frank Kern, Brad Lea and Mike Dillard.

“Life is all about the highs and lows.” – Reeve Yew

During the interview, Reeve unveiled his humble sides of his entrepreneurship journey. Some time before he turned 20, he borrowed capital from his parents; The elderlies were reluctant for good reasons.

Determined to set up an official business, Reeve took the borrowed money and invested in a new business idea.

The idea looked hopeful in the initial stage. He even printed T-shirts to give away. Regrettably, it suffered from continuous deficits, lack of manpower, and declining market. The business had to shut down after a span of 7 months.

That wasn’t the only time things did not go well with Reeve.

He has always been more inclined towards unsealing achievements at a fast pace, that includes purchasing a rare item before anyone else got it. There was once when he got tricked into an empty box scam.

He invested a couple of thousand dollars, waited months for his limited edition electric violin to arrive. “I got nothing. Not even a word from the supposed seller. I’m not the type who’d cry but I shed tears for a violin I’ll never be able to get,” Reeve said laughingly as he looked back.

“I didn’t fail. I learned three ways why my business didn’t work out.” – Reeve Yew

Year 2018 was a remarkable year for Reeve. Encouraged by positive voices, he took a plunge into speaking publicly about the proven techniques and frameworks on building profitable online businesses in 50+ different industries.

Over the past two years, he rose to prominence after taking a barely breakeven franchise to 10 million annual revenue and sharing a stage with pre-eminent entrepreneurs, namely Gary Vaynerchuk, Brian Tracy, Kevin Harrington, and Mark Joyner.

With years of experiences in strategizing and transforming businesses from various sectors, Reeve has successfully broken down and refined his personal system to help thousands of individuals expand their business online and sky-rocket their digital revenues.

Today, Reeve Yew is widely respected as the “Rule Breaker” entrepreneur, tech genius, serial business and marketing strategist. His success is built on a foundation of leveraging on tactics, unwillingness to give in and the belief in pivoting others’ lives.

Reeve has garnered over 100,000 on social media. Follow him here: