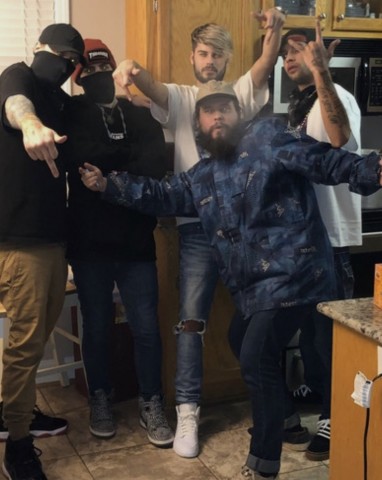 FBS is a rapidly emerging underground rap group from Greensboro, North Carolina that came into limelight with their hit singles like “Different” and “Attention Span” released on Soundcloud. They are all set to release their debut album on March 15th, 2020. FBS stands for “Fuck Boy Studios” and formed by friends from high school, with a common passion for music and extensive musical backgrounds. Together, they aim to create good quality Hip Hop music that connects with the audience and makes them want to dance.

“We all like different things but it only brings more variety to our music. We just love making music together and it’s very organic chemistry anyway”, says one of the band members of FBS.

FBS derives their inspiration from a lot of places, be it classic rock n roll, or all the way from Metal, Hip Hop, and Electronic dance music. The varied musical background of the band members also influences their music in a good way by bringing a unique touch of mixed genres. Another thing that unites the members of FBS is that all of them come from broken families and suffered difficult situations in life, one way or another. They support and encourage each other to overcome all the adversities and channel their emotions towards something good-like producing music in this case.

“We want to inspire people to live life to the fullest, earn money and break bread with your family. As for our journey, it’s been pretty rough. We all come from pretty broken families and we scrape together every penny we have, to purchase the equipment used to make our music. We’re scraping by and living on a wing and a prayer”, says FBS.

Despite all the odds, FBS wants to follow their passion for music and hopes to make a mark on the music industry one day. With the support of their fans and good feedback from the music lovers, they’re rapidly growing and moving ahead in their musical career.

Listen to all music by FBS on their Soundcloud page.

Watch their music video All NightxFBS on YouTube.com.