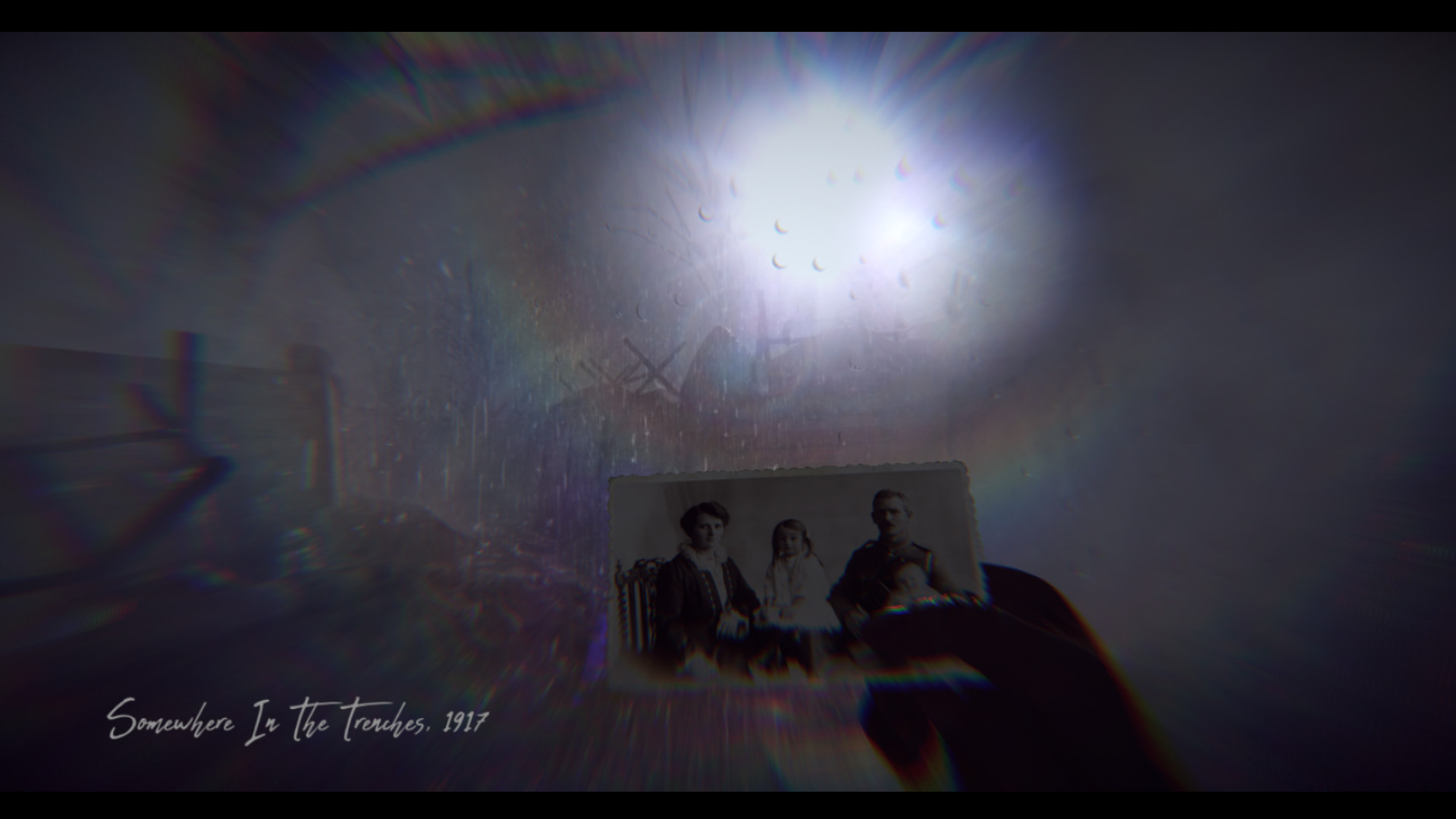 The soldier, James R. Johnson seeing a picture of his family to motivate him to continue his horrifying journey to see them once again.
Trenches is a First-Person World War l Survival Horror Game with the goal to escape the claustrophobic environment and experience the war from the eyes of a soldier caught behind enemy lines in this surreal nightmare – fight for your life and sanity to get the soldier back home to his family.

If the thought that war itself is horrifying then check out Trenches – World War 1 Horror Survival Game. Any horror game fan will surley pike it’s interest.

The game has been played already by various youtubers such as IGP, Hollow and others.

Developed by Steelkrill Studio, a solo developer at the time of the writing – Trenches is a game with a very unique concept. Playing as a World War 1 soldier stuck behind enemy trenches with the goal to find and make a way out by sneaking through the harsh war-torn environment using mostly hearing and senses. The game relies on sounds and hearing, since the game equips you with a ‘Trench Whistle’. When it’s used, it will play a sound which your soldier needs to follow, however – be careful as the enemy can hear the whistle too and it can give out your position easily.

Combine that with the claustrophobic enviroment, dead bodies and something stalking you in the Trenches, this will surley be a MUST for all horror game fans. This game also have a ‘No Jumpscare mode’ and that already tells a lot for a game! Here is a summery from their Steam page below:

Welcome to the Trenches, 1917. A World War 1 first person horror survival game. Play as a sodlier caught behind enemy lines – and try to survive and escape the harsh war-torn environment and experience World War l like never before from the eyes of James R. in this surreal nightmare, fight for life and sanity. Explore the real chilling story as you navigate the horrors equipped with only senses, hearing and trench whistle. Find clues to better understand and escape the enemy trenches without being caught to return back home, with the family. Try to escape by collecting vital clues and find out what is going on. Trenches is a psychological horror game and the only escape is through senses and hearing using the trench whistle as a guide, however that also comes at a price since the enemy can hear the trench whistle. Enemies will also be able to hear if walking on wood as it will make creaking noise or any other items.

Check out the LATEST TRAILER #2 down below:

If those were not horrifying enough – that the thing that lurks in the Trenches can also mimic voices. Creepy! The game also have a very grim ending so beware if you are heading down that road. Trenches is available now on STEAM – but beward, it’s a horrifying and disturbing game.

Trenches is currently released on STEAM as early-access for PC.