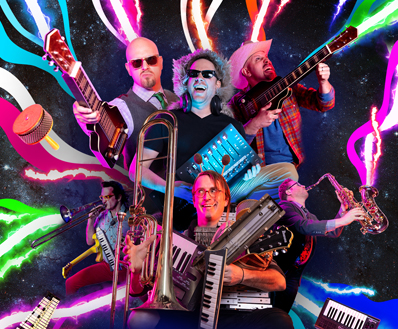 A new feature film about a tight-knight film making and music team producing an entire album, and all 14 music videos in one day, will be released later this year.

The well-received The Showcase, from director Donny Walker and his company Mind Exchange Music, is one of 2023’s documentary highlights.

The film is described as a “music-fuelled journey about a high intensity one day multidisciplinary performance production featuring a multitude of singers, instrumentalists all accompanied by the Lake County Symphony Orchestra at the Historic Logan Square Auditorium.”

In the film, we’ll reportedly get to know the singer songwriters, the creatives, the conductor, featured performers, recording engineers, film collaborators & more! This is a story about the strategy, process, methodology, the collaboration, its complications and features 16 above the industry standard music performances all in a wide range of styles & genres.

The Midwest Journal say the film is “a consistently enjoyable and detailed look at multiple artists and their processes running in tandem to build something larger than their individual work. That they succeed, and make it look easy, is a testament to their professional capabilities and thoughtful, deliberative approach to art. For anyone struggling with following their talents, this is a good reminder that with perseverance and planning, anything is possible.”