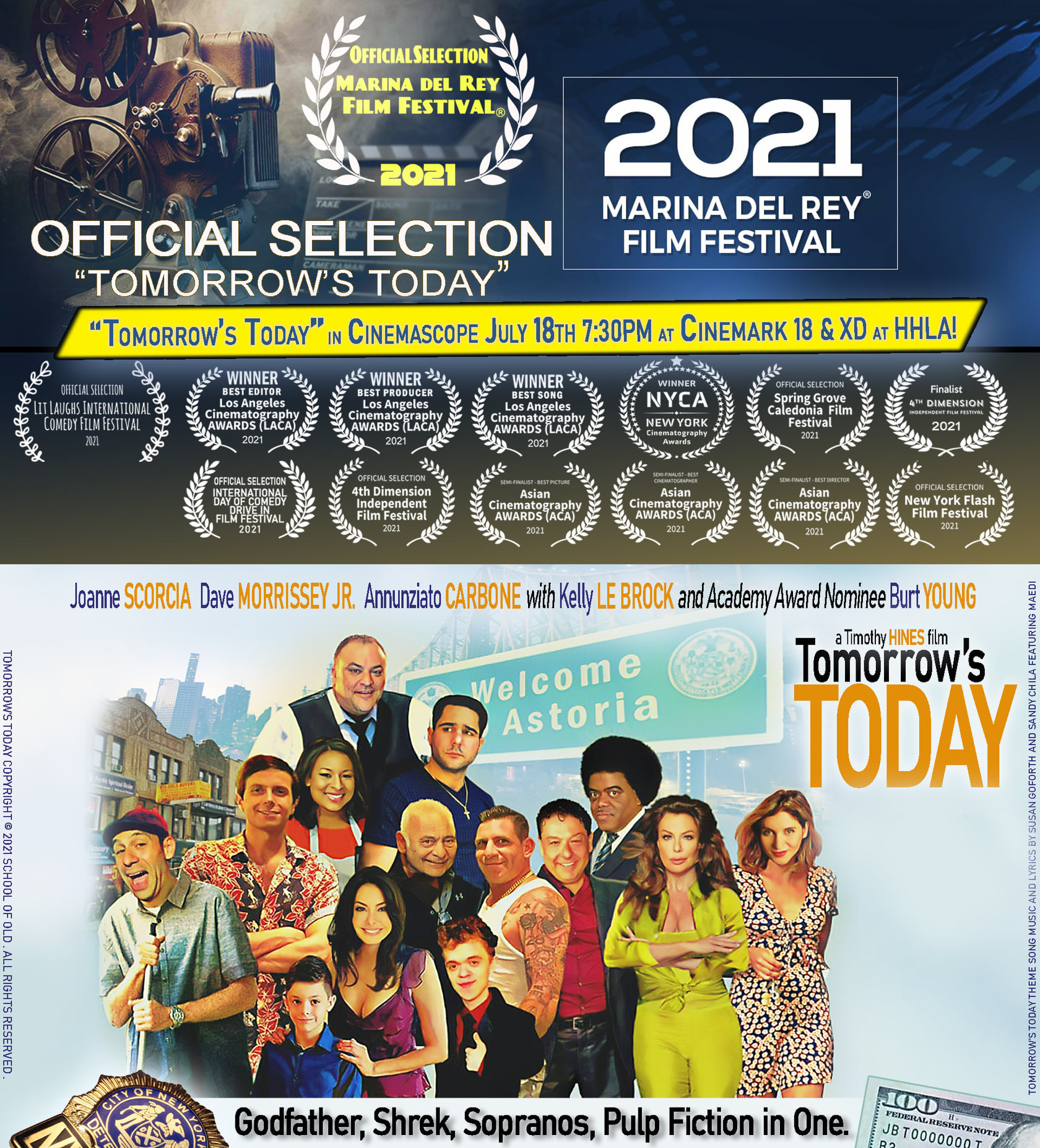 Timothy Hines’ “Tomorrow’s Today” was selected to play in the Marina Del Rey Film Festival in Los Angeles, Ca on July 18th at the Cinemark 18 and XD theater in Cinemascope. “Tomorrow’s Today” is continuing to show strongly in the festival circuit picking up wins and laurels.

Timothy Hines’ “Tomorrow’s Today,” Starring Joanne Scorcia and Dave Morrissey Jr., with special performances by Kelly Le Brock and Academy Award nominee Burt Young has been added to to the Marina Del Rey Film Festival returns for its 10-year aniversery to weclome back filmakers at Cinemark 18 and XD HHLA!

The Marina del Rey Film Festival will be celebrating its 10th anniversary at the Cinemark 18 and XD at The Promenade at Howard Hughes Center in Los Angeles California. The festival will screen hundreds of independent films beginning on Friday, July 16, and it will continue through Thursday, July 22. “We are very excited to have this festival in person, and we want to welcome back filmmakers to the best festival experience. We will be screening hundreds of films from around the world,” said Festival Director, Jon Gursha.

Festival Program Director Peter Greene adds, “All of us at the Marina del Rey Film Festival are excited about bringing this year’s festival back to the theater. There is nothing like the theatrical experience for films. It’s the way filmmakers imagine their film to be screened.” The festival has grown over the years to become a “Top 100 Best Reviewed Festivals” by FilmFreeway. 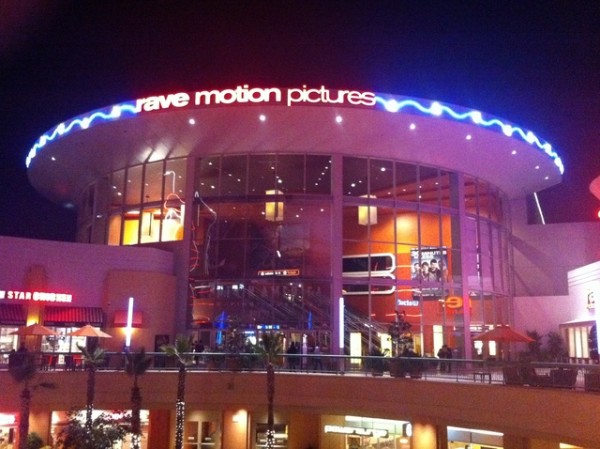 Timothy Hines’ “Tomorrow’s Today” was selected to play the Marina Del Rey Film Festival in Los Angeles, Ca on July 18th at the Cinemark 18 and XD theater in Cinemascope. “Tomorrow’s Today” is continuing to show strongly in the festival circuit picking up wins and laurels. 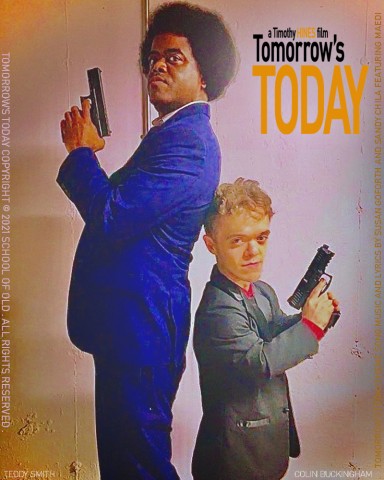 ABOVE: Teddy Smith and Colin Buckingham in “Tomorrow’s Today.” Test audiences have found the movie hilarious and listed the themes of the movie that came to them as, ‘Change, diversity, addiction, enabling, loyalty, grief, character, interracial relationships, adultery, divorce, marriage, church, avoidance, guilt, survival, good vs evil, and identity’. 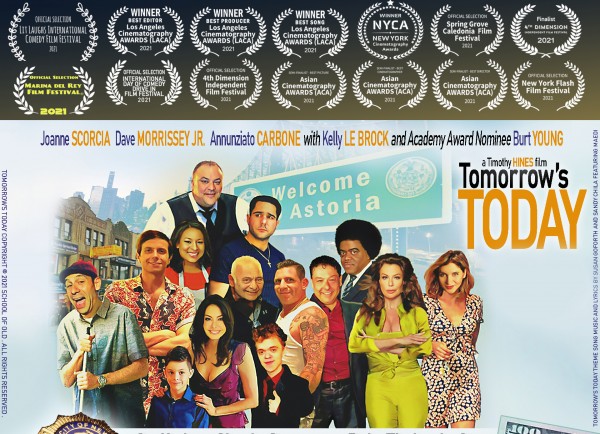 “Tomorrow’s Today” is the story of a hopeless grifter trying to reform his ways who collides with a loser named Tommy G who thinks he’s a dead ringer for Tom Hardy. They rob a liquor store to pay a gambling debt to a mob boss, only to find out the store is owned by the mobster.

“I am exstatic at the response to ‘Tomorrow’s Today’ in the festivals,” beams the movies’ director, TImothy Hines, “It doesn’t happen that often but when we catch lightening in a bottle it feels good. And everyone who works in this business knows it isn’t easy. I heard a producer say recently, it is one in a thousands. I am proud of every artist involved in the movie’s creation.”

Burt Young plays Luca in “Tomorrow’s Today,” a villiage sage who want to right his own past. Young first gathered notice playing tough thugs in such films as “The Gang That Couldn’t Shoot Straight” (1971), “Across 110th Street” (1972), “Chinatown” (1974) and “The Gambler” (1974). Fiery director Sam Peckinpah cast Young as the getaway driver / assassin Mac in “The Killer Elite” (1975), and Young came to the attention of then newcomer Sylvester Stallone, who cast him as future brother-in-law ‘Paulie’ in the 1976 Academy Award winning classic “Rocky” (1976). The talented Young was nominated for an Oscar, and has gone on to reprise the role in all five “Rocky” sequels to date. Peckinpah re-hired him to play renegade trucker Pigpen in “Convoy” (1978) in which the director homaged Young by having his character’s truck door read “Paulie Hauling”. 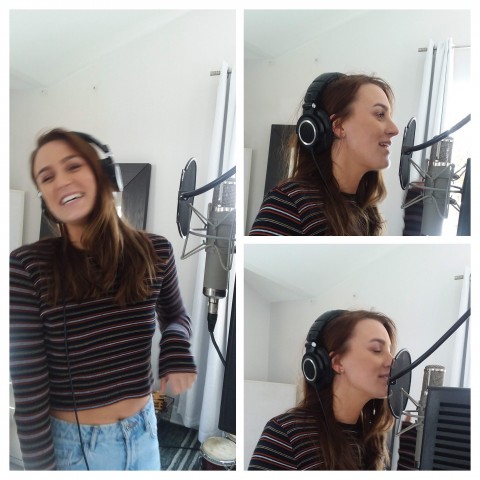 Above: Maedi recording vocals for the self-empowerment-themed song, “Tomorrow’s Today”. 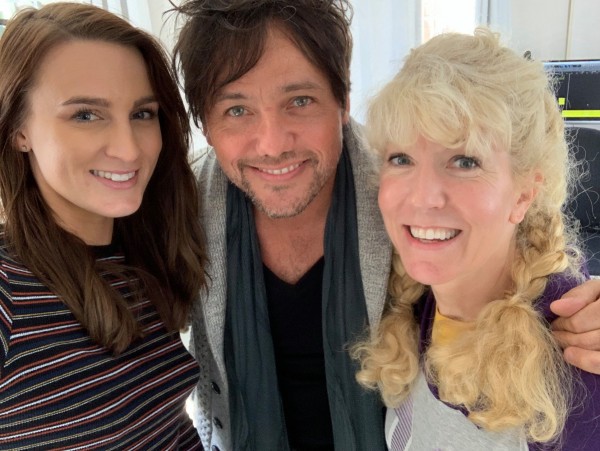 The song, officially known as “Tomorrow’s Today,” was written by songwriter-producer-actress Susan Goforth, (Above Right) and Sandy Chila, (Above Center) who wrote songs for superstars Britney Spears and Christina Aguilera. The song “Tomorrow’s Today” features vocalist Maedi, (Above Left) who recently collaborated with Justin Caruso on the hit single “Good Parts”.

“Tomorrow’s Today” song is published by Warner Chappell Music, the global music publishing company of Warner Music Group, which is home to a wide array of legendary songwriters and a rich catalog of contemporary hits and influential standards. With offices in more than 40 countries. 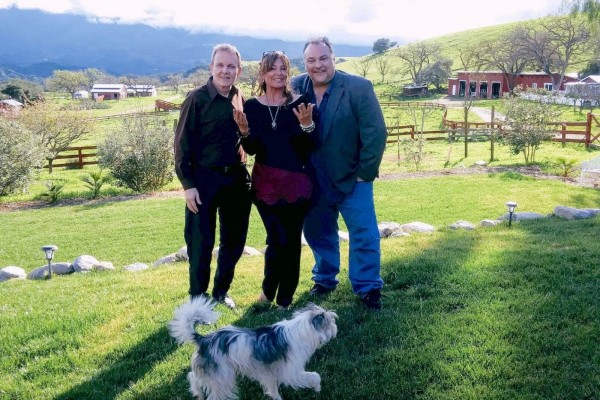 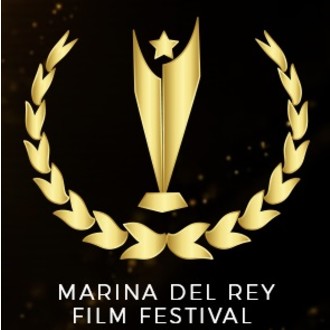