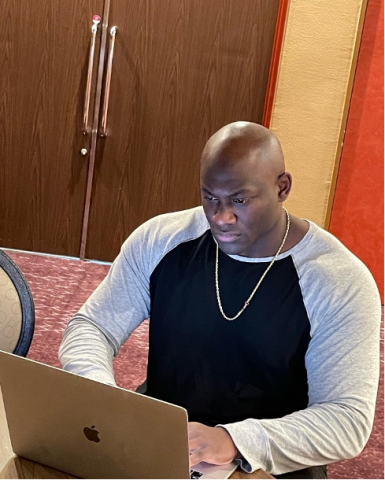 Tommy Turner is an upcoming and dedicated Original Screenplay Writer, Actor, and Director. His vision extends beyond even storytelling. “Anything that pops up in my head goes onto paper and will eventually turn into a story for me to tell the fans. Look around to find information about myself and what I have written and am currently writing.” He says.

Tommy Turner has always been fascinated by the arts. He has always enjoyed reading and watching movies and paid attention to the underlying story as Tommy Turner grew older and began experimenting with his own creative ideas. He says that he fell in love with screenwriting and has never looked back.

Tommy Turner has written several scripts that will tell compelling stories on the big screen. He earned his bachelor’s degree in digital filmmaking, and since then, he has written scripts involving DC. Tommy Turner grew up watching DC and is disappointed in what he sees now. In his opinion, DC has far superior heroes, villains, and characters. So, he plans to launch the DC universe with himself as Lex Luthor.

Tommy Turner was born and raised in Lakeland, Florida, a small town located between Orlando and Tampa. He says that as he got older, he developed a bat temper. So, to calm himself, he wrote down how he felt in one word. Then those single words progressed from sentences to paragraphs. Tommy Turner went on YouTube to learn how to write a screenplay, and from there, he taught himself how to write and turn what he had in his head into a story. He currently serves in the United States Marine Corps and is stationed in Okinawa, Japan. When Tommy Turner first joined the Marine Corps, he studied digital filmmaking at the Los Angeles Film School. Tommy Turner says that doing so boosted his knowledge about filmmaking, giving him the confidence, he needed to turn his passion into a career.

Tommy Turner has already finished two scripts involving DC that connect the storylines. Tommy Turner says that it will be challenging to take his scripts seriously, especially since he will be the first black Lex Luthor in a DC film. He is willing to give the fans what they want and to tell beautiful stories. Get in touch to learn more about my work, process, and upcoming projects. Tommy Turner on Facebook: