Just like a Major Studio, anyone can invest in Jesus Revolution V2, and share in the success

Newport Beach, CA – The Film “Jesus Revolution V2” is starting production at the end of March. Over the past year, a team of writers, international speakers, revivalists, and filmmakers, has been assembled. Many of these individuals were saved during the first Jesus Revolution and are prepared to take part in the documentary, to make it a global phenomenon. 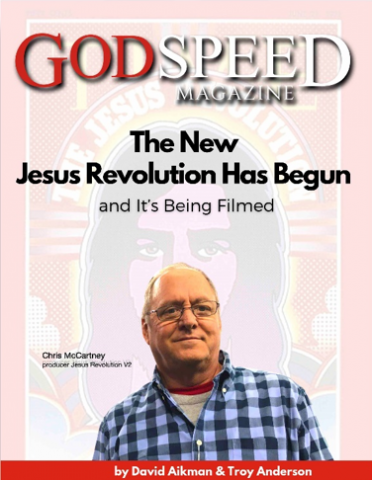 “The Jesus Movement was a Revolution and I think we would all  agree we need another Spiritual Awakening in our Nation Today, another Jesus Revolution!” said Greg Laurie, Harvest Church

The team at TJRV2 Productions believes that a documentary is the perfect medium and catalyst to trigger the awakening of a movement that will liberate humankind. The Jesus Revolution V2 documentary will tell the entire story of The Jesus Movement of the 1970s and ask the question “IS IT HAPPENING AGAIN?”

Most Christian films are funded by donations from people who love the project and want to see it become a reality. Jesus Revolution V2 is the first major Christian film that will be made through investors only. The producers and partners are using Wefunder, instead of GoFundMe, IndieGoGo, or Kickstarter.

“We want another Jesus Revolution that includes as many people as possible. What a perfect way to get everyone to share in the success of the film” said M. Moss, Exec Producer.

Mario Murillo, Minister further reiterated “What I witnessed in the first Jesus Revolution was sovereign, supernatural, and powerful. I believe it is going to happen again, and God will use a tool like this film to do it. This film could be the fuse for another youth revolution for Christ, worldwide. I don’t believe you’ll ever regret investing in this project. I believe that you would know in your heart that you supposed to. I can’t wait to see what this film does when it comes out”.

“This is the first time that people who want to see Christian films get made can invest, get paid back, and see rewards for their giving,” said Chris McCartney, Producer.

For only $100, anyone can become an investor in the film. When the film yields profits, each investor will receive profit based on a revenue-sharing formula. In addition, Investors can get copies of the movie, posters, and tickets to the concert as well as update information on the progress of the film.

To become an investor in the film, please visit here.