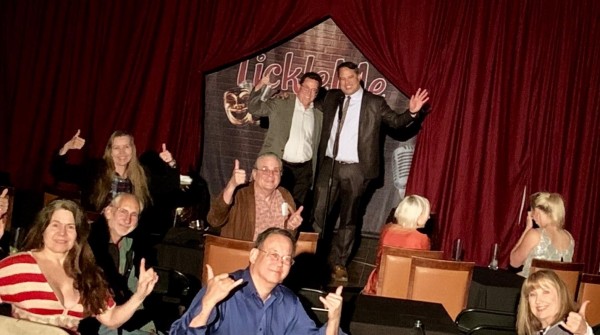 October 15, 2019 – After seven years of marketing shows on and off the Las Vegas Strip, Las Vegas show marketer and comedian Philip Peredo has opened the downtown’s only five day a week prime time 8 pm comedy show at the Tickle Me Comedy Club. TMCC opened on April Fools’ Day, April 1, 2019. The comedy club is open five days a week Tuesday to Saturday nights at 8 pm.

The club captures a 360 degree entertainment experience with a live DJ, full gourmet restaurant and bar with specialty cocktails, international headlining comedians with film and television credits, a selfie station, and a view of downtown Vegas with its floor to ceiling windows. Comedians are given two weeks residencies.

“I want to create the ultimate stand-up comedy experience with my club,” shares Phil Peredo the owner, “The club is established for comedy by a professional comedian. In addition, it is also the first Filipino-owned stand-up comedy club in the USA.”

Guests can purchase tickets to the club at www.TickleMeComedy.com. Tickets are $23 for locals, $34 for General Admission and $44 for VIP tickets.