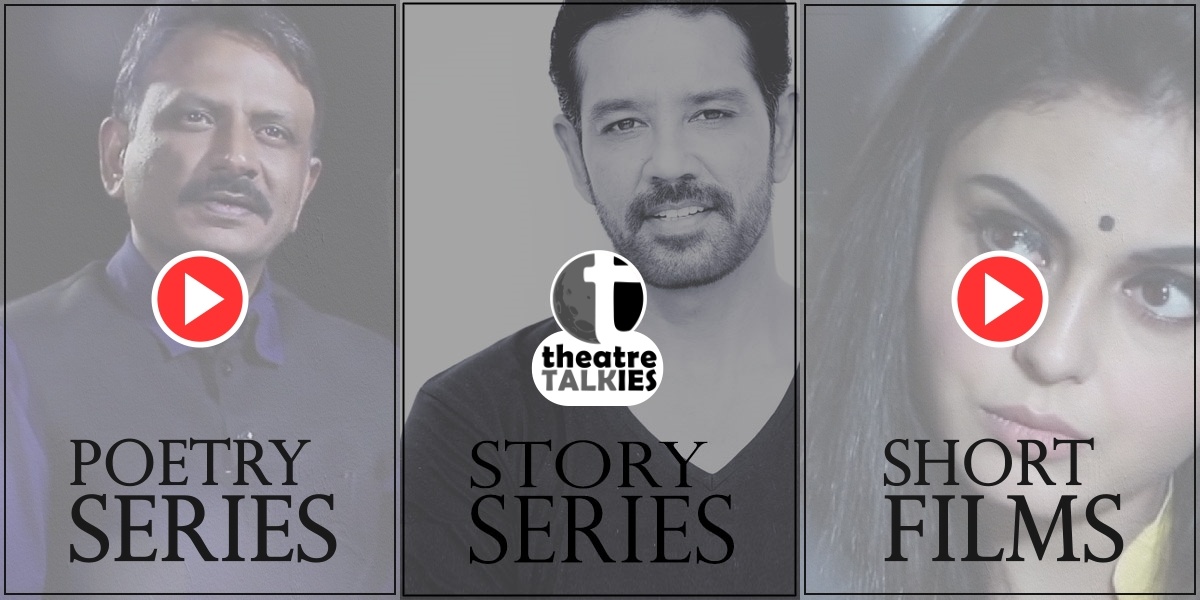 Theatre Talkies a Delhi based film production company was founded by Indian actor, writer & director Rajesh Tailang in 2016 and it started a youtube channel by the same name.

Given the same passion to create content team believes in, they have come together to utilise the spare time in between their professional assignments.

Theatre Talkies enjoys the process of exploring the untapped aspects and create stuff that entertains, educates and informs, not necessarily in that order.

Since the inception in 2016, it has produced many credible and socially impactful work, which has been part of the prestigious film festivals.  Its maiden production was a short film “Right Perspective” made on the vision of Mahatma Gandhi on cleanliness. It was issued in the public interest under Clean India Mission (Swachch Bharat Abhiyan)

Theatre Talkies has a love poetry show called “Chand Pe Chai”, the show features budding poets. 8 episodes of the show are already on the webspace.

Theatre Talkies has developed a unique storytelling series “Suni Unsuni”. Where stories written by the legendary authors of Hindi and Urdu are narrated by actor Annup Sonii.

Having in-depth knowledge, technically sound production equipment and a professional team, the company aspires to constantly make and provide an honest content to the audience. In future the company also plans get into producing feature length films, ad films and provide production services.