Denver, CO – The world’s leading expert on near-death experiences, Dr. Bruce Greyson, reveals his journey toward rethinking the nature of death, life, and the continuity of consciousness with his new book, After: A Doctor Explores What Near-Death Experiences Reveal about Life and Beyond. It will be released in early March and featured at the International Association for Near Death Studies online community (ISGO) on March 6, 2021. 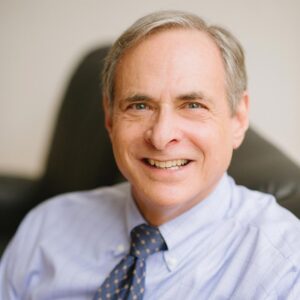 Dr. Bruce Greyson’s soon to be released book, After: A Doctor Explores What Near-Death Experiences Reveal about Life and Beyond, is a memoir of his own journey toward rethinking the nature of death, life, and the continuity of consciousness. Dr. Greyson’s initial experience of a comatose patient revealing details that she should not have any access to prompted him to pursue a career that included research on these increasingly prevalent case histories of extra-normal conscious awareness beyond the scope of traditional body-based senses. Now after 50 years in this trailblazing search for answers, Dr. Greyson is publishing his first solo book to reveal results of his own viewpoint on the work that has favored him with the title “The Father of NDE Research”.

Cases of remarkable experiences on the threshold of death have been reported since ancient times and are described today by 10% of people whose hearts stop. The medical world has generally ignored these “near-death experiences,” dismissing them as “tricks of the brain” or wishful thinking. But after his patients started describing transformative events, Dr. Bruce Greyson began to investigate.

As a physician without a religious belief system, he approached near-death experiences from a scientific perspective. In “After”, he shares the transformative lessons he has learned over four decades of research. Our culture has tended to view dying as the end of our consciousness, the end of our existence―a dreaded prospect that for many people evokes fear and anxiety.

However, Dr. Greyson shows how scientific revelations about the dying process can support an alternative theory. Dying could be the threshold between one form of consciousness and another, not an ending but a transition. This new perspective on the nature of death can transform the fear of dying that pervades our culture into a healthy view of it as one more milestone during our lives. After challenges us to open our minds to these experiences and to what they can teach us, and in so doing, expand our understanding of consciousness and of what it means to be human.

Enjoy a lively “fireside chat” conversation and Q & A with Dr. Greyson on March 6, 2021 about his book, After: A Doctor Explores What Near-Death Experiences Reveal about Life and Beyond. He will discuss his findings and share stories that might help support you in these changing times.