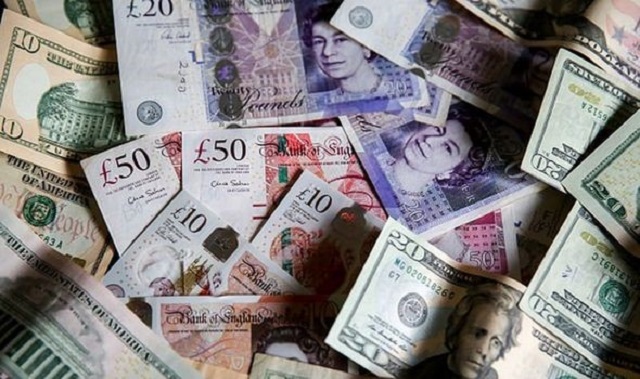 The coronavirus pandemic in 2020 was a suffering crisis for every country and every person. The pandemic caused a lot of disturbance, unemployment, economic recession, and what’s more, it is not over yet, even though there has been positive news about the vaccine which is thought to be 90% effective.

The United Kingdom was one of the most notable European countries which were severely affected by the virus. The second wave caused even more problems. At some point, the country’s prime minister Boris Johnson was tested positive for the virus.

Despite the first signs of recovery, the main problem, economists believe, is yet to come. The business plans mass layoffs by the end of the year and, apparently, primarily women.

For the first time in 65 years

The UK’s National Bureau of Statistics in August released the final data of the United Kingdom’s economy for the second quarter. The fall in GDP was 20.4%, the worst in three months since 1955 when such quarterly statistics began to be recorded in principle. This figure is one of the worst in Europe and the world: the fall is greater than in Germany, France or Italy, and almost twice as much as in the United States of America.

Economists attribute this recession not only to the government’s sluggish response to the economic consequences of the coronavirus pandemic but also to prolonged restrictive measures. Business, schools, all social life in the UK was only frozen by the end of March, almost a month later than in other European countries. Initially, the authorities hoped for the acquisition of collective immunity by the population, but eventually had to jump into the last carriage of the departing train: Great Britain began to close the borders when other countries began to remove the first restrictions. As a result, the quarantine lasted much longer than the others.

It should also be mentioned that the pound sterling suffered a lot. According to Brokers Online, many forex brokers promising signals to their traders, were in a bit of disarray. Due to the extreme volatility of the currency, many traders would find themselves receiving contradicting information from brokers if they had multiple accounts with different brands. This created a whirlpool of information, either causing some to panic sell or panic buy, while others simply sat back and waited out the storm. In every aspect, the leading months to the Brexit talks have caused unnatural market movements due to the flow of information. Brokers still target profits just to overturn the last quarter of 2020, meaning that it’s crucial for them to have their customers increase their trading volumes. And how do they do that? Send strong signals regarding the GBP.

In many cases, brokers that didn’t have an official license, didn’t even bother to provide well researched signals. They just provided something that would get traders riled up. And by the looks of the charts, retail FX was indeed a mess.

The structure of the economy has been affected

Another reason for this fall in GDP is the very structure of the UK economy, in which 80% is the service market. While the economy of same Germany is largely focused on production, in the United Kingdom the service sector. In the second quarter of this year, British households reduced their living and catering expenses by 87%. Later, the government flooded the population with money, compensating salaries, and thus stimulating consumption.

This has paid off, and economists are cautious about the first signs of recovery. According to the forecasts of the British central bank, the economy will be able to reach the pre-coronavirus level by the end of 2021.

The negative consequences of this situation are already being observed. Between March and August, 730,000 people lost their jobs in the UK. In addition, 9.6 million temporary unemployed people receive compensation from the state today. This is a third of the total workforce in the country. Pressure on the economy is also being exerted by the fear of the second wave of COVID-19 and the ongoing discussions with the EU on the signing of a free trade agreement, which after the formal withdrawal of Britain from the European Union and does not exist. The transition period after Brexit will end at the beginning of next year.

Negotiations between London and Brussels are held behind closed doors, but Britain’s chief negotiator David Frost said in August that a deal with the EU could be signed as early as September, which could largely ease economic tensions.

According to a survey by the Institute of Sociological Research CIPD, by the end of this year, a third of enterprises plan to reduce staff. The UK central bank expects unemployment to rise from 3.9% to 7.5% by the end of the year. The study involved 2,000 companies, and its total – 40% of companies in the private sector plan mass layoffs.

Another feature of the current British economic crisis is the gender component. Women’s salaries in the kingdom were already 18 percent different from that of men, and 78 percent of all new unemployed were women.

So what to do? The second wave of the coronavirus in all of the world looks more menacing than the first one. While most of the European countries lifted and eased restrictions, cases surged massively. On October 31, Boris Johnson announced another lockdown, because there were a lot of positive cases. The economy is struggling and it is the case in almost every country. Before the vaccine is fully developed the United Kingdom’s economy will have a hard time revitalizing.