Wisebowm is the comedy creation of British Stand-Up Comedian Steve Whiteley, through which he takes the audience on a lyrical journey of his life struggles. Having released numerous comedy rap videos on his YouTube channel, comedian Steve Whiteley wanted to find a vehicle to perform his lyrical prowess in a live environment, which inspired him to create Wisebowm.

Following two consecutive years of sold-out 5 star Edinburgh Fringe Festival shows, ‘Wisebowm’ was broadcasted to critical acclaim, as a BBC Radio 4 sitcom in August 2019. Each track in this mixtape samples the work of classical composer Ludivico Einaudi and has been lovingly remixed, featuring Wisebowm’s often ludicrous and pompous lyrics. Subject matters include motivating creatives to start writing, the struggles of suffering from a bad back and a track dedicated to showing the world how grateful and blessed Wisebowm is for his ‘success’. 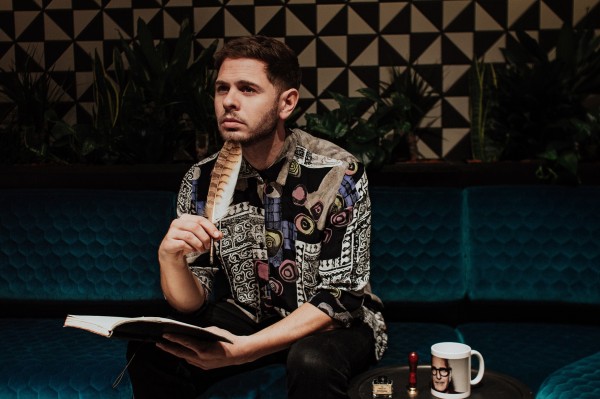 Steve’s talent for writing, acting, direction, comedy, and performing has got him featured on many popular publications like The Huffington Post, Buzzfeed, and The Metro among others. His comedy sketches and music videos have earned his Youtube channel a nomination for ‘Best Internet Programme’ at the British Comedy Awards.

In 2019, he received Silver and People’s Love Award for his debut short film ‘Swiped’ which he wrote, directed, produced and starred in. This film was also nominated for the Edinburgh TV Festival New Voices Award for best pilot and is an official selection at numerous Oscar & BAFTA qualifying festivals including Flickers Rhode Island International Film Festival, DC Shorts, and Palm Springs Intl ShortFest.

“Impeccably original had the audience in stitches” – LONDON THEATRE DIRECT