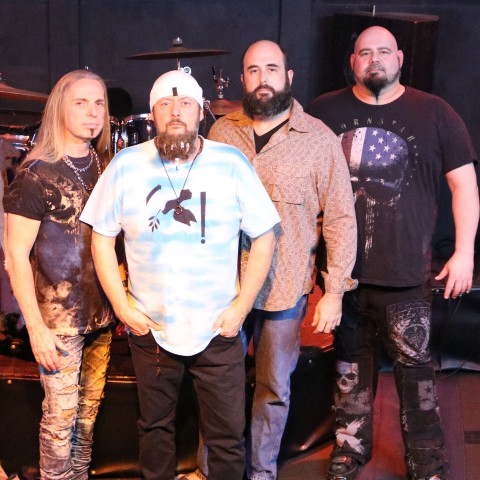 In spite of a global pandemic that seems to have stifled the world, theres a group from Cortez, Florida that’s moving us all upward and onward rapidly. 308 Ghost Train is a band of 4 talented musicians, who create rock music infused with meaningful and inspiring messages. After honing their craft for over 2 years, the hard work finally paid off for the band members this year. Their latest single “Bleed Over Me” produced by Anthony Caruso and Chip Martin at Chip Martin Studios in Nashville, has crossed the 4 million play mark, which contributed to the 13.7 million plays, and counting, on sound cloud alone in just over a month. 308 Ghost Train has gained widespread recognition and made the world a fan of their energetic and ardent music during these trying times. With a listenership of 99k per month on Spotify, 308 Ghost Train is sure to be rolling for decades to come.

The single “Bleed Over Me” was released a month ago, and is distributed by a Universal Music Group. In such a short period, this track has received unbelievable appreciation and love from all across the globe. Written by Anthony Caruso AKA Train, the lead singer, and songwriter of the band, and Nate Kintner (Drummer) this song was written as an expression of affection Simply put it Train states that it was “All because a guy fell for a girl”. “Bleed Over Me” is a perfect blend of soothing, upbeat sound and easy flowing vocals. All the listeners will be able to connect to the song because of the relatable lyrics that beautifully demonstrate the emotions behind the song. “Bleed Over Me” is a comforting track, that has a positive vibe attached to it. After listening to it once, this song is going to be on repeat mode in everybody’s playlist.

The band members take inspiration from the likes of The Beatles, CCR, Bryan Adams, Bon Jovi, and John Mellencamp, but are driven by a spiritual force. They like to call their music style ‘message-oriented rock with a classic vibe’. The great chemistry among the band members is evident in the amazing music that they create. The band wants to inspire and motivate people with their music, and bring a smile to the world.

308 Ghost Train gives a humble message for their fans saying, “We invite you to get to know us and our music. We hope that we can transcend cultural boundaries and have listeners worldwide, regardless of their belief system, unite together in our songs creating an oneness, therefore leading them to their seats and riding with the 308 GHOST TRAIN into the future.”

Listen to the single “Bleed Over Me” now on Sound Cloud.