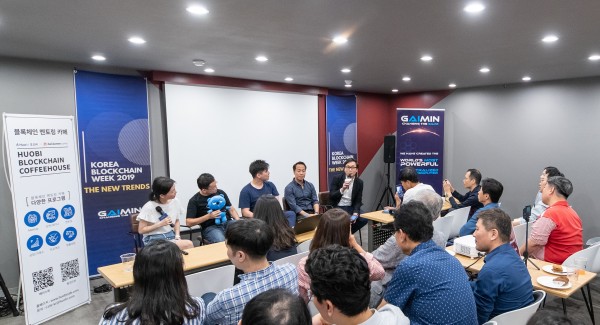 “The Next Trends” has gained support from the Korea and International community. More than a hundred attendees from all over the world have attended the event on 1 October 2019 to discuss about the future trends of blockchain.

This event is one of the fringe events for the Korea Blockchain Week 2019 and is held at the Huobi Coffee Club, B1. Organised by Gaimin.io, a blockchain based gaming platform company based in the United Kingdom and supported by Blockcast.cc, a community driven blockchain media company based in Asia, this event also serves as Gaimin’s first official meet up in Korea.

“I am surprised by the interest for Gaimin blockchain gaining software from the audiences, many of them stayed till the end of the event asking me questions about Gaimin and how they can take part in our gamification and mining process. It is also my honour to show our supporters for the very first time on how our Gaimin software work. Gaimin is the catalyst to mass gaming adoption and an integral part of the next trends!” Martin Speight, CEO of Gaimin.io said with excitement during the post event interview. 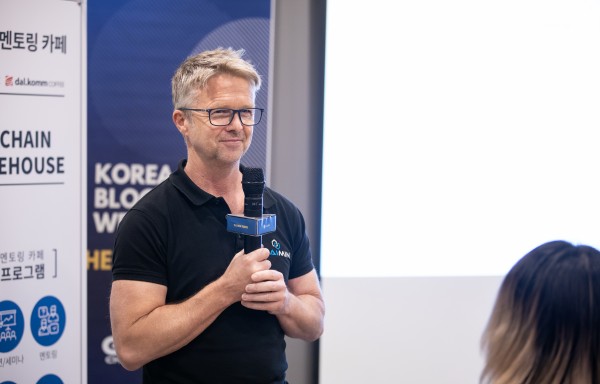 Martin Speight, CEO of Gaimin taking some questions from the audiences

During the first panel about the value of digitalisation and blockchain, Tom Peng, Founder of Doge China mentioned that: ”Decentralisation is the new digital value. Look at Dogecoin, it is a decentralised and a highly circulated coin with communities all over the world. Our peer-to-peer digital currency enables users to easily send money online. We think of it as – the internet currency. This is my belief and will be the trend moving forward.”

In the second panel, lead by Anndy Lian, Blockchain Advisor to Asian Productivity Organization brought up the point that blockchain is moving beyond the hype and facing reality: ”There is no doubt that blockchain is one of the most innovative technology globally. Singapore has long been well-known for nurturing blockchain startup companies and has a set of regulated framework in place for the digital assets market. I think in order for us to move beyond the hype, regulation bodies have to step up to support this innovation.” 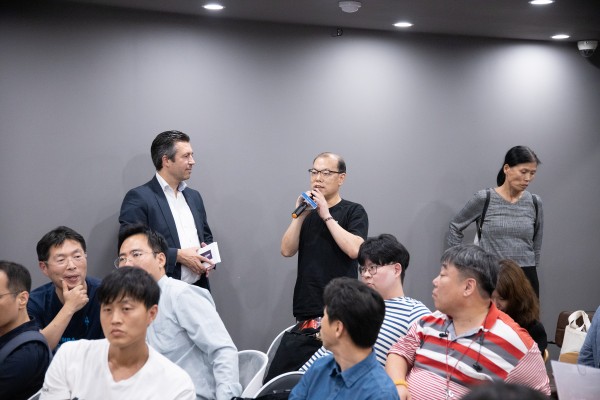 Conflux who is funded by Sequoia China, Metastable, IMO Ventures, as well as a significant Chinese tech company were also present. ”We tackle the issues of scalability for blockchain which stop mass adoption. By providing a solution, we will move blockchain technology to another level and moving closer to reality.” Yuanjie Zhang, Co-Founder, Conflux shared to the audiences.

Gaimin sees that Asia and Korea is the key for their business and they see that Korea is leading the new blockchain trends. They will continue to show their presence in the Asia market and build a strong gaming blockchain community.