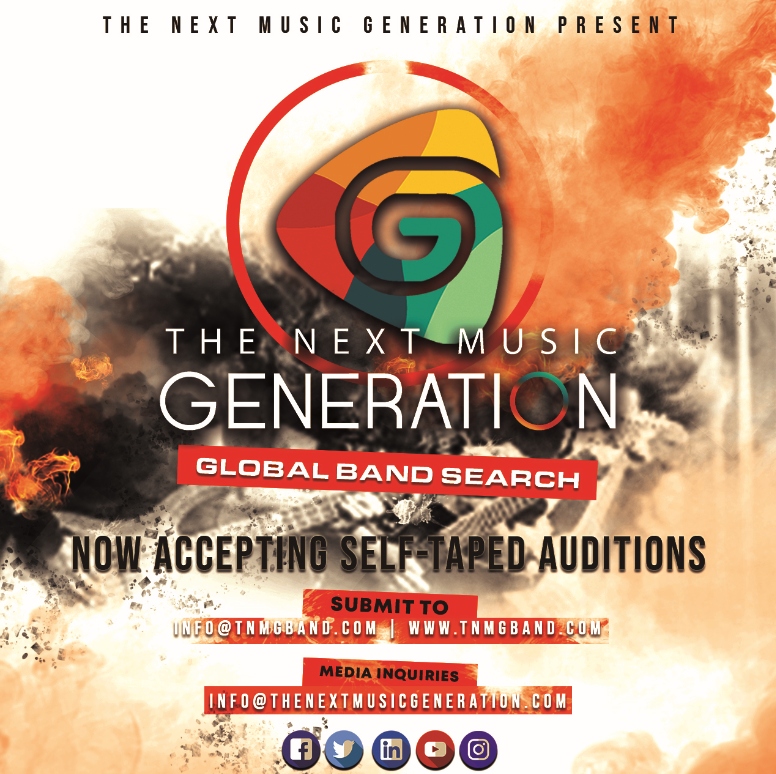 Innovative entertainment outfit, The Next Music Generation, launches the “Global Band Search” to give talented acts a platform to live their potentials

Maryanne McMullen and her team at The Next Music Generation have again challenged the norm as they seek new possibilities with the launch of the “Global Band Search.” The contest was launched to create the next big force in the music industry, allowing talented acts from different parts of the world to be a part of the next big thing by submitting a self-taped audition.

Music remains a universal language with loads of benefits, particularly to listeners. Over the years, the music industry has evolved, thanks to efforts from different stakeholders such as music producers, artists, and record labels. Unfortunately, many of the available music makers and sounds coming out of the speakers have not particularly delivered the true essence of doing music. One movement that is looking to change the narrative is the experienced music industry revolutionary, Maryanne McMullen, with the launch of The Next Music Generation. The claim has recently been substantiated with the “Global Band Search.”

The search was launched in line with the goal of TNMG to empower the creation of amazing music by giving bringing together musicians from different parts of the world and allowing them to work with some of the best brains in the industry. The contest is open to musicians of all genres, with an online submission process to ensure that everyone has a chance of being a part of the next big thing in the industry.

The Next Music Generation entertainment brand has also announced the search for songwriters, guitarists, violists, pianists, keyboardists, drummers, bass players, from all over the world to make up its Musical Band.

For more information about the “Global Band Search” and how to register to become a part of the band, please visit – www.tnmgband.com. The Next Music Generation also has a relatively strong presence on social media and can be found on Facebook and Instagram.

About The Next Music Generation

The Next Music Generation was created by Maryanne McMullen as a platform to help in uplifting budding music talent by assisting them in making the best of their career. Maryanne aims to represent the next generation of game-changers in the music industry, leveraging her wealth of experience and knowledge.