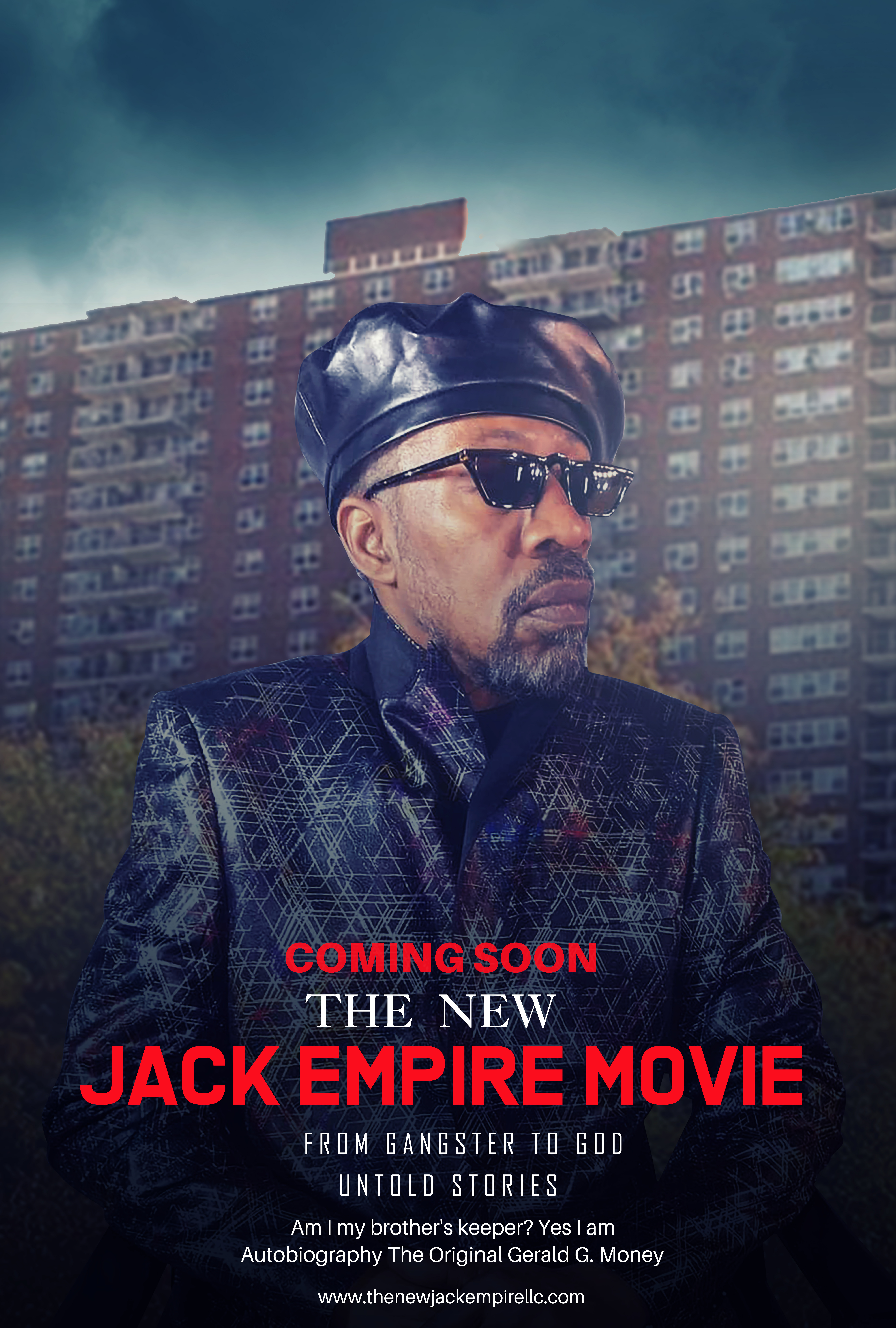 THE NEW JACK EMPIRE PRESENTS “FROM GANGSTER TO GOD”.
The New Jack Empire in conjunction with MeloDream Entertainment announces the Release of The Chronicles of the New Jack Era, the Official Autobiography. The New Jack Empire is also in production for the film release of the Original Gerald G. Money story currently titled “From Gangster To God” / Television Series. Coming soon!

The Chronicles of the New Jack Era is the true life journey of the “Original” Gerald G. Money, loosely depicted in the 1991 Hollywood film “NewJackCity’, written by G’ Money’s childhood friend and neighbor, Barry Michael Cooper. According to close sources of Gerald G. Money after his many years of silence, He finally feels the time has come to tell the world his story; the true story of G. Money in the NEW JACK EMPIRE MOVIE.

He goes on to say, “It is not an easy story to tell, because it is a story filled with a lot of heartache, pain, and suffering, with much of this affecting others, as well as himself. However it is not all bad news, because as we have heard, better is the end of a bad thing. Gerald G. Money states his life is now a testimony to the strength of the human spirit and how God’s plan moves all of us through the good, the bad and the ugly. Had it not been for God’s mercy, G. Money goes on to say he would not be here today telling his story!!!!… I’m only serious!!!. Gerald grew up in EsplanadeGardens, a cooperative apartment that expanded from 145th Street and Lenox Ave (also known as Malcolm X Blvd) to 148th Street and 7th Ave… This complex was and still is the embodiment of the Black Harlem community. In this new and upcoming movie project THE NEWJACK EMPIRE, It will depict the raw truth and candid life style of the “Original” Gerald G. Money and those that witness this untold story.

“The buzz about G. Money telling his controversial version of this project has been traveling around for quite sometime now, however with many of hollywood’s A-listers attached to this project we can put the rumor to rest and like many we will have to wait for this long overdue alleged version straight from the mind and heart of the one affectionately known as the Original Gerald G. Money. Here are just a few hints about what we can expect as the story is told. G. Money further states he would like to set some things straight for the record. We all know that Hollywood likes to sensationalize stories, because that’s what they do. The people behind the making of movies are driven by many things with making money being at the top of the list. Although the movie New Jack City was based on the life of several of us and exploits of me and (for the sake of anonymity, I’m going to just call him by his movie name) Nino Brown, a lot of the events that were depicted in the movie couldn’t be further from the truth than the truth itself. for example:

For more information, check on IMDB: THE NEW JACK EMPIRE