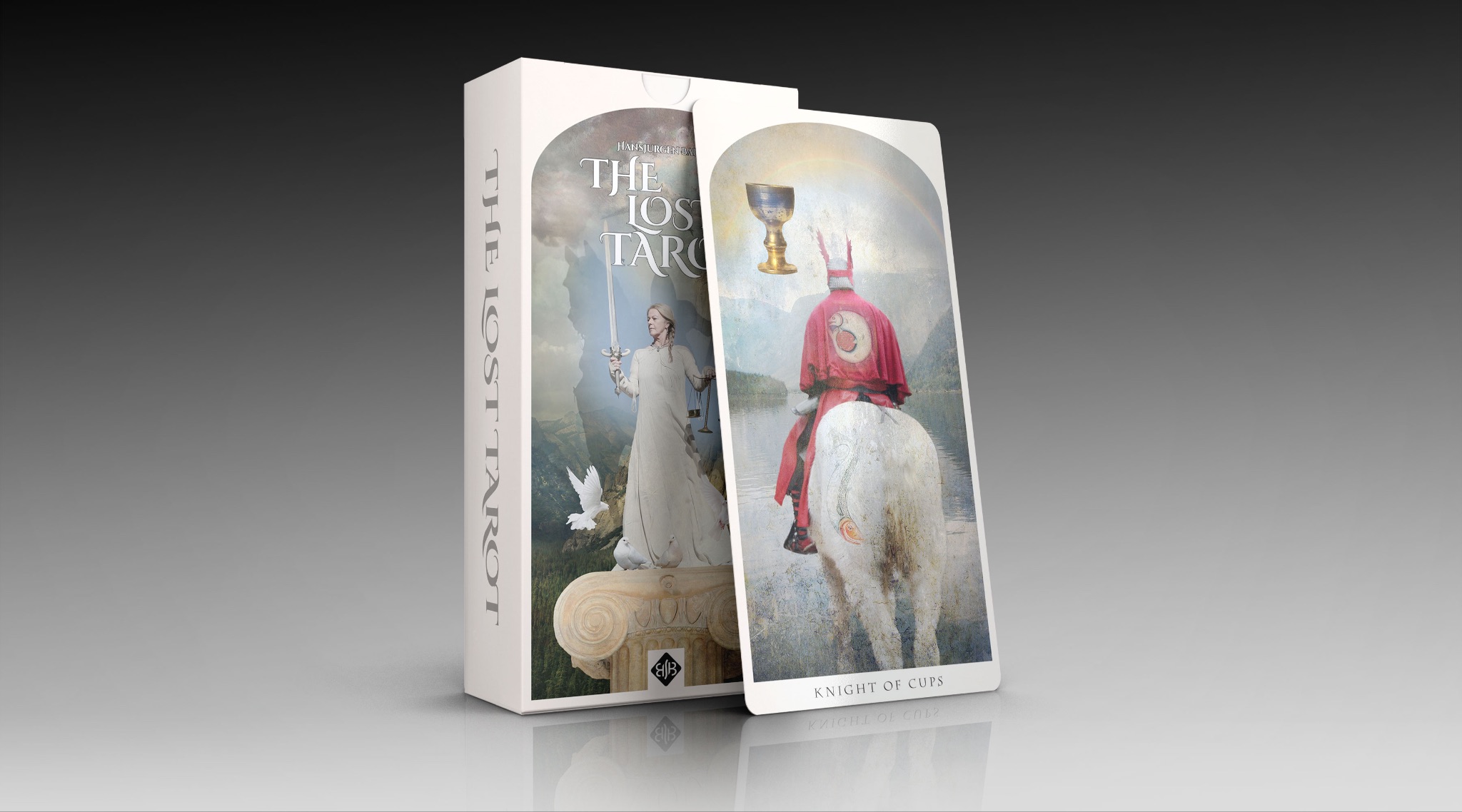 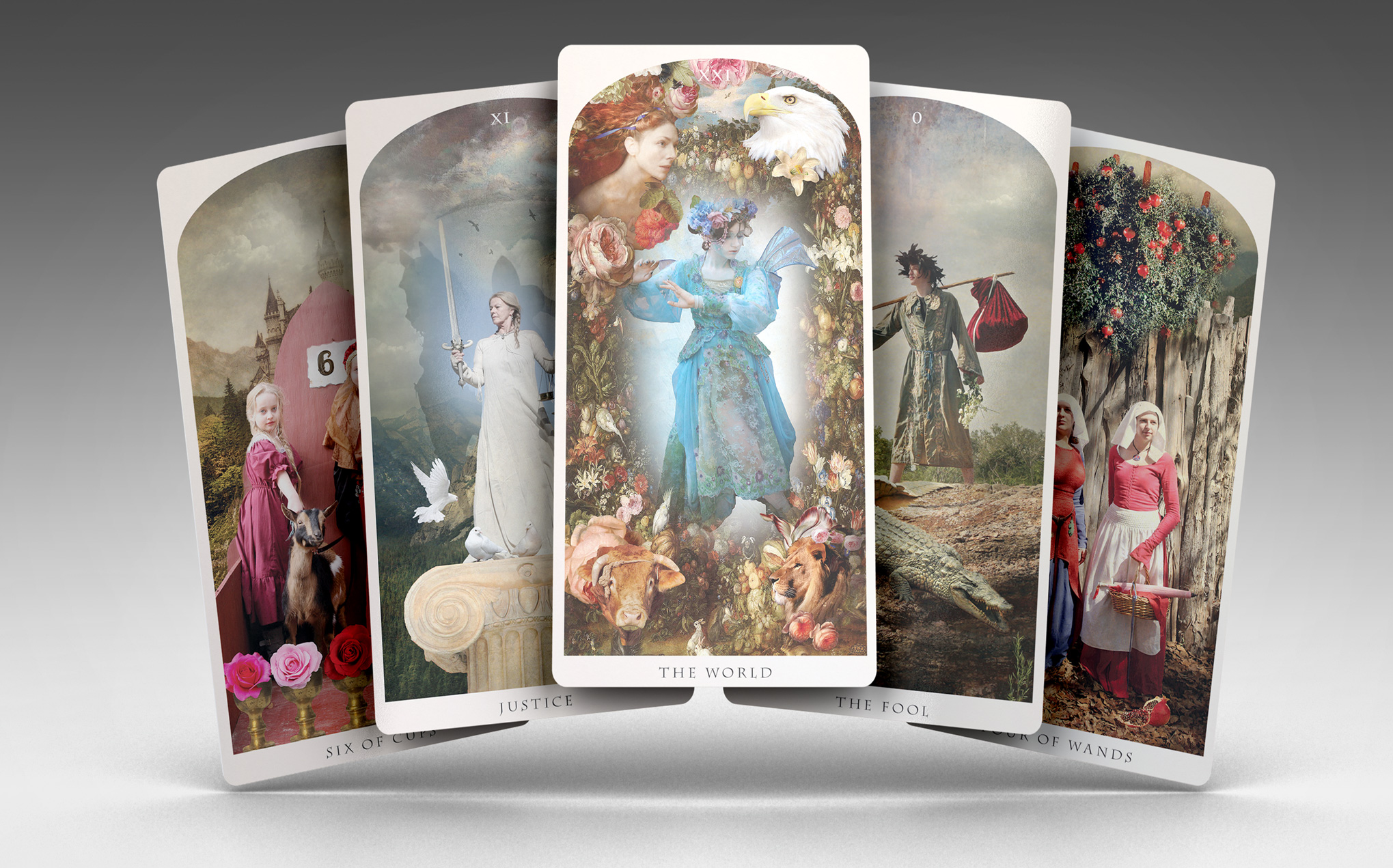 Created by artist Hans Bauer, the Lost Tarot is a unique Tarot of photo-based imagery, the 78 cards embellished with emperors, empresses, kings, queens, knights and their retinues, and the common folk of feudal England at the time of Henry VIII. The Kickstarter campaign features a fictional backstory describing how the photographs came to be created.

“I have long had an interest in photo-based art. Once, it was my desire to create a portfolio of highly distressed, antiqued photographs depicting well-known historical personages (Attila the Hun, Julius Caesar, Joan of Arc), as if they had simply shown up at my doorstep requesting that I make their portrait. For several reasons (the difficulty of finding suitable models and period appropriate costumes), those first attempts were unsatisfactory and, in time, I moved from Los Angeles to a rural Texas town, where I soon forgot about the project.

“After several years, during which I sporadically attended a local Renaissance faire, a friend reminded me of the earlier project, and suggested that most of the heavy lifting had already been done by the wonderful characters encountered at the faire, with their fantastic costumes, armor and period accessories. My friend further suggested I try my hand at a Tarot deck, about which I knew little at the time.

“I decided to experiment with a single card, The Fool, and, if pleased with the result, would continue. To my great delight, The Fool far exceeded my expectations.

“Through trial and error I was able to create a full 78-card deck giving the impression of an authentic medieval tarot. Clearly, such vintage decks were already in existence, but mine would be different: The Lost Tarot would consist entirely of photographs, the idea being they were created with a crude prototype box camera (a camera obscura) nearly three and a half centuries before the actual invention of the first cameras in 1839.”

Backers can choose from many different reward packages, including larger quantities at wholesale prices. Rewards include a Companion Guide, a selection of fine art prints, leather pouches and scarves.

Due to overwhelming response, the campaign has already exceeded its original funding goal of $23,000.

The Lost Tarot 78-Card Edition will be printed and manufactured entirely in the United States.

The Kickstarter Campaign can be found on at: