Hip Hop and Soul artist Don Gramur is back with a thrilling new single that also sends out a powerful message against injustice. The new song is titled ‘The League of Injustice’, a song that describes the struggles of the minorities living under a corrupted justice system. 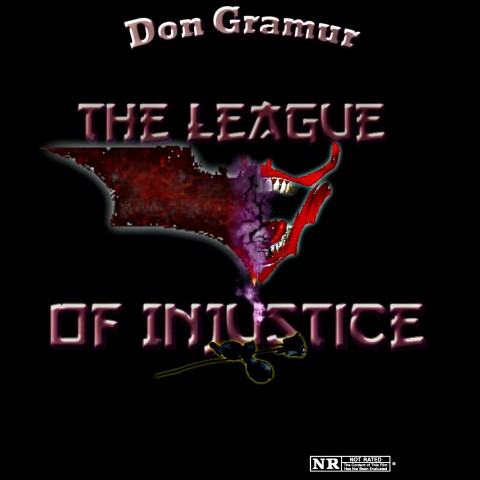 Don Gramur wants justice, and he has put his best foot forward with a song that is compelling, socially relevant for today, and memorable for taking a stand. Raised in Monroe, Louisiana, Don Gramur has been redefining Hip Hop and Soul genres with one hit single after another, and his latest song is his very best.

On Spotify Don Gramur has thousands of monthly listeners, from Chicago to Frankfurt and Istanbul. That alone reveals the charisma he holds. The year 2020 has seen 14 new hit singles from Don and that’s a very impressive feat. Don isn’t slowing down either, and his music can be heard on all major platforms, like Spotify, Apple Music, Itunes, iHeartRadio, etc.

It was only last year that Don released his first EP, “TRAP’D IN MY MIND” featuring a bonus track from Wild N Out star Charlie Clips. He has been into music since the age of four, and his first mixtape release was in 2013 called ‘Pos Rap’. His first pro recording was ‘Ready for Whateva’ in 2018. Among his popular singles are ‘Heaven OMM’, ‘Renaissance Girl’, ‘Love Story’, ‘Monique’s Interlude 2’, ‘Illustrate’ and ‘Bless You’.

Gramur is adept with all genres and styles of music, but focuses majorly on hip hop and New Soul. His writing abilities are considered immaculate and his works carry an optimistic voice. For helping aspiring and independent young musicians and artists, Don has a marketing business called ‘In A Flashhh Marketing’. Don Gramur is on a mission to restore supreme faith in those that will lend an ear.

For more information, please visit: https://clic.ly/dongramur to check out Don Gramur’s works and Inaflashhhmarketing for information on his Marketing Agency.