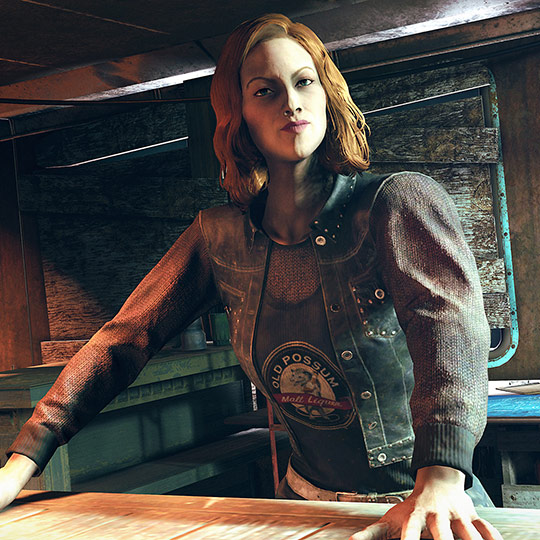 Fallout 76 will land on the Steam platform on April 7, and the large DLC “Wastelanders” will also be launch on the same day. Fallout76 is a multiplayer online action role-playing game. In the large DLC “Wastelanders,” the production team will make significant corrections to the problems that appear in the game. The new DLC includes new main / branch missions, additional human NPCs, and new areas, and there will be more new creatures and new Fallout 76 Items, etc. The gaming experience will be closer to the stand-alone version of the Fallout series.

Recently, Pete Hines, the vice president of global marketing and communication of B agency, was interviewed, admitting that the team sometimes misunderstands the players ‘demands. Still, in future development, they will pay more attention to listening to the players’ voices.

“At the end of the day, our team always wants to be able to put what they are doing there, see what the players are doing, and then respond to the feedback to decide the next direction. Therefore, I admit that we are amazed that few people are willing to Participate in PVP gameplay. More players are more interested in PVE together … The proportion of players participating in PVP in the Fallout 76 player base is smaller than we think.”

So Hines wants to let community players know that after the “Wastelanders” update, the team will still support content based on player feedback. “We are yet following this path, not that we did when we release it. The team has made a lot of improvements at the system level, making it possible to create and publish more updates in ‘Wastelanders.’ The content is what we will do for the rest of this year and even next year.

First of all, the Wastelander can bring the most significant change to Fallout 76, which is the return of human NPC. After leaving Sanctuary 76, players will find that the once lonely place will be revitalized, and the developer shows us the reshaped initial area in Fallout 76.

At the place where the supply bag is first collected, in a bar called “Wayward,” the player can talk to the human NPC “Duchess” who is a bartender. Moreover, we can see that these dialog options are sometimes more than four. 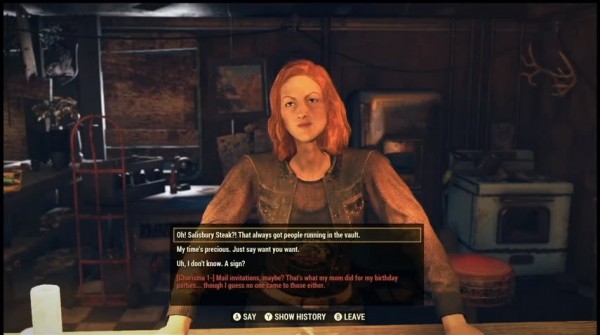 Players can also get corresponding dialogue options based on the S.P.E.C.I.A.L.S. attribute matching of their characters. There are some funny and even absurd lines. In Wayward, there is also an NPC called Mort, which will teach players some knowledge to help build camps. 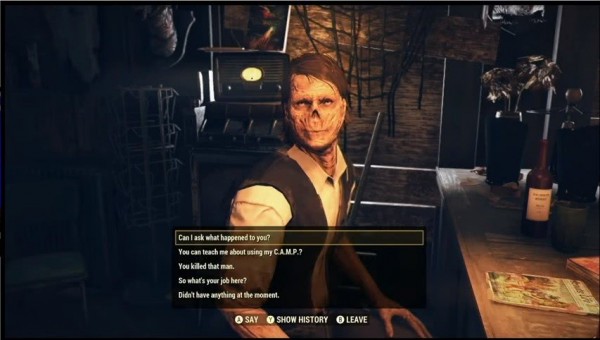 Besides, Bethesda also added a large amount of dialogue text to the robot NPC that already exists in Fallout 76. In the future, players will have the opportunity to chat with Grafton mayor. 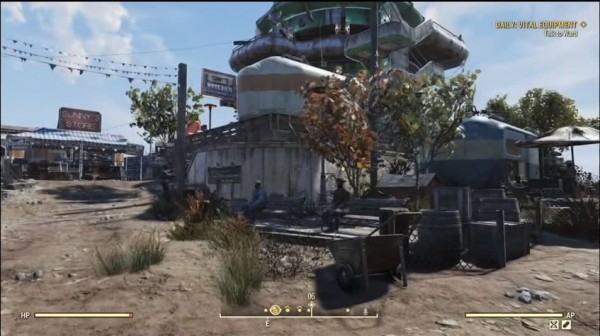 The game adds a large settlement called “Foundation” built on the highest point of West Virginia-Spruce Peak. Besides, another new town has been added to “Wastelanders.” These two towns will provide a new main story. Thanks to the new reputation system, players can advance both storylines at the same time before making significant decisions. 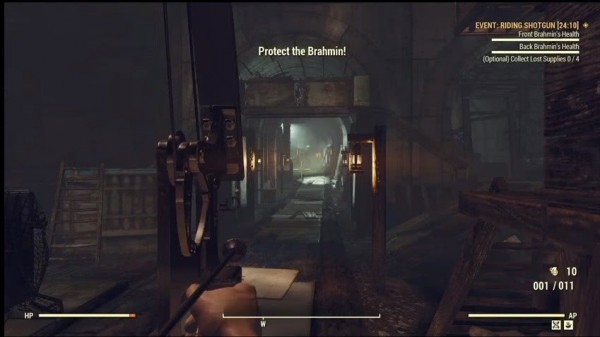 The addition of new weapons such as compound bows can also give people a fresh look. In the game, there is a mission to escort the convoy through the tunnel entangled by the predators. The weapon used by the protagonist is a compound bow. There are also new power armors, new Blood Eagles, and the traditional plasma projector in FALLOUT 1.

The follow-up update schedule for Fallout 76 has continued until the end of this year, and a new detailed roadmap will be shared after the Wastewalker goes live. “Wastelanders” will be the most significant free update since Fallout 76’s release, and are used as a guarantee to make this a “real” Fallout work.

Among them, the mainline has been overhauled, a new human NPC has been added, a new reputation system has been introduced, and dialogue choices will have a significant impact on the fate of NPCs. Players will leave Refuge 76 to uncover the secrets of West Virginia with friends or by themselves.

Finally, Cheap Fallout 76 Caps are on sale on the Eznpc.com. If you are interested, you can view it.