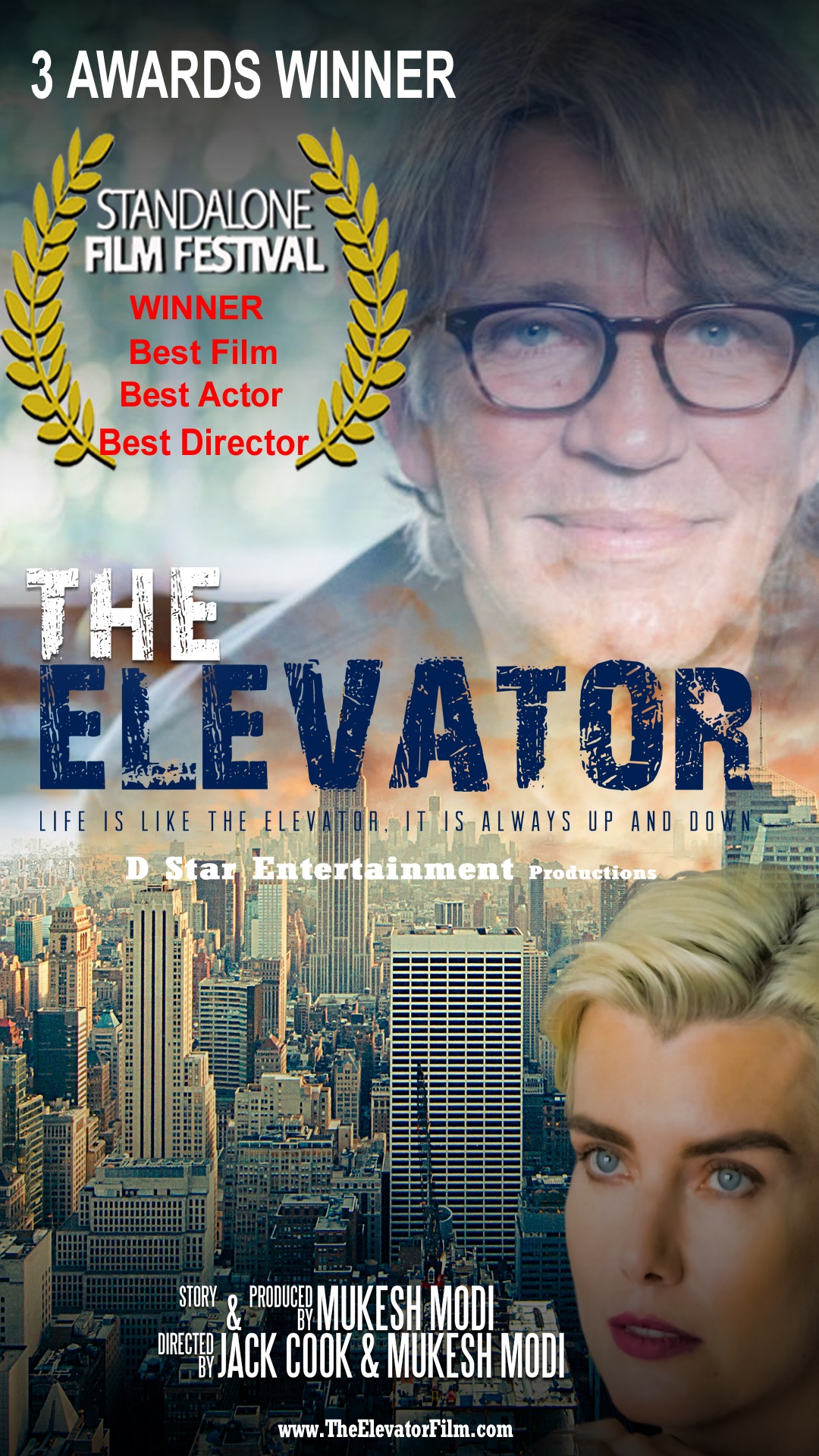 On August 12th, “The Elevator” made major headline news around the world at Director & Filmmaker Mukesh Modi received the top three awards — Best Film, Best Actor & Best Director — at the TCL Chinese Theatres in Hollywood, CA. Starring Eric Roberts and Eugenia Kuzmina, “The Elevator” takes audiences on an emotional rollercoaster ride when a seemingly exciting birthday weekend dramatically turns into one family’s biggest fear and nail-biting mystery when their dad goes missing after stopping by the office that morning.

Based on TRUE events, Modi delivers an impactful message resonating life’s uncertainty, the power of love and never giving up hope for an answer. Ironically enough, this deadly incident actually happened to leading actor Eric Roberts, who played the role of the father, as well as the film’s co-Director and few cast members while they were shooting the movie.

Giving Back for the Greater Good

Mukesh Modi believes in giving back by paying it forward in a chain of support, globally, through film and service.

“Even if you can help just one person, and the person who gets help will help others, this will create a ‘CHAIN OF HELP’ and the whole world will become helpful to each other,” says Modi.

Helping students to unfold their immeasurable capabilities will bring benefits for generations to come, in making dreams come true.

Modi believes in the power of instilling positive messages through family film. He has also directed and written the documentary called “THE VISION” to inspire a sense of community to support those in need.

Stay up to date on “The Elevator” official release to be announced on the film’s website www.TheElevatorFilm.com as well as on Instagram @TheElevator2021