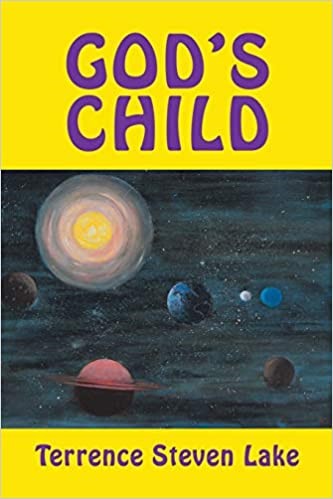 Southfield, Michigan – May 28, 2021 – Former Champion Spark Plug employee, Terrence Steven Lake, has released his memoir, in which he gives a practical glimpse into a wide range of topical issues based on his encounters and experiences. The book is titled, ‘God’s Child’, where the author discusses his perspective on religion, racism, and the belief in the existence of extraterrestrials while providing historical contexts for his assertions.

Born and educated in Hamtramck, Michigan, Terrence Steven Lake believes humans came from different planets outside of our solar system, and they are watching us. He also believes that we were put here to create a heavenly environment.

“I was working for Champion Spark Plug, and Champion was looking for a black person or black group to invest in. I told them that I had a master plan. I wanted to produce a motion picture,” Terrence Lake said about the circumstances surrounding the writing of ‘God’s Child’.

According to him, the company liked the idea but told him to write a book. While writing the book, he found out that Champion had falsified some test scores on a test he had taken and he incorporated that information into the book.

“When I got the book published and gave Champion a copy and they saw where I had exposed them cheating me on the test, they decided not to finance the picture,” he added.

After meeting and marrying his wife, Valerie, the author found himself increasingly questioning religion. Doubts about the nature and purpose of God, the universe, and man’s place in the world began to plague him.

In sharing his life story, the Lake hopes to show that there is a reason that different races were put on planet Earth, and until that purpose is fulfilled, those who are not enlightened will be a threat to peace.

‘God’s Child’ is a testament and an expository on life by Terrence Lake, who survived a shooting and multiple stabbing as well as systemic racism from his place of work. Through this book, he wants to show people that they can turn their life around for the better.

Goldtouch Press, LLC is an established and experienced group of various publishing houses that teamed up to bring their clients accessible and competitive author services.