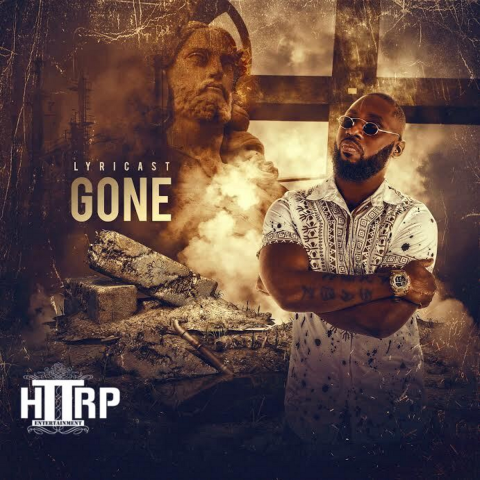 Lyricast has been making music for almost two decades now, playing in the most popular clubs, music festivals and doing live performances in and around the city, but it’s about time that his talent is acknowledged by a larger audience. With the release of his new single “Gone”, he is ready to step into the limelight and reach a wider fan base. His new single perfectly sums up his experience as a Hip Hop artist and showcases his remarkable vocal and songwriting skills.

Lyricast is highly influenced by Tupac Shakur and it can be seen in his music as well. Through his hard-hitting music, he wants to convey, “Wisdom has no age limit, ‘real’, is being yourself, ‘If we can manage it, we can make it’ and ‘patterns don’t lie’. Growing up, he dreamt of being a musician and forged his own reality. In 2012, Lyricast made his first performance on stage in a show hosted by DJ Favour, at the Zoom Club, in Frankfurt, Germany. He performed a song called “I’m Hot” that got a roaring applause from the audience.

Later on, he teamed up with saluted artists like “DJ MC-Hollywood” at the “Pearls Lounge Un Discoteka” in Nabburg, Germany, 2013. Although his track “Devotion” may have proved to be an untimely gig for the Park Café, Wiesbaden, Germany, it was re-released a few years later as a hit single. “Realizing one’s failure is a choice of the mind where character resides”, embodies Lyricast. Some of his other notable songs include, “Azz Got Hipz”, produced by Ray and Flava. Its song release party was an even bigger performance at “Club Nachtwerk” in Koblenz GE 2013.

Even in his very first music video “Yall Don’t Know”, Lyricast oozes great confidence and vocal skills. Lyricast graduated from the “Atlanta Institute of Music and Media” and has given some hit performances throughout his musical journey so far. Some of his recent releases include “We Outchea (W.O.S.A)” and “Credits” released in 2019.

Listen to all music by Lyricast on Soundcloud.com.

More information about him can be found at unitedmasters.com/lyricist.