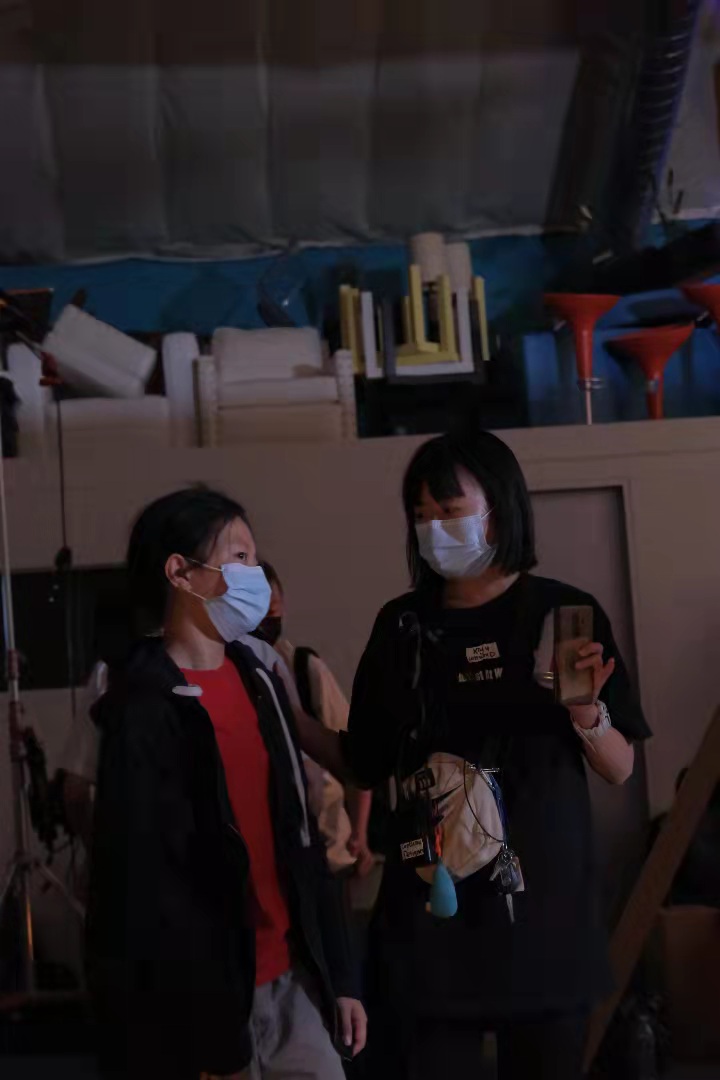 Xiyu Lin with Hermonie He on the set of film Mutuality, ~ photo by Christy He
Talented freelance costume designer, Xiyu Lin, features on the big stage as a stylist and designer for “Simulacra” and “Little Red Book: or Plural Body”

Xiyu Lin is fast becoming a sought-after name in the entertainment industry, known for her “out of this world” creations. In a related development, the works of the freelance costume designer, “Simulacra” and “Little Red Book: or Plural Body” recently caught the attention of big wigs in the industry.

The director of the project, Xiaoyue Zhang, who she has worked with previously, contacted Xiyu Lin to be the costume designer and expectedly, she brought her A-game. Little Red Book: or Plural Body was about “experimenting bodies in performative spaces, looking carefully at the interactions of individual bodies, collective identity, and ideology as well as how they are connected within the cultural space of China and beyond,” a concept that fitted the demands of the project.

Xiyu Lin continues to push boundaries, working with director Curry Tian, on the experimental film, SIMULACRA, where she contributed as the stylist on the project. The costume designer was responsible for identifying the most appropriate clothes to match the director’s aesthetics. “Curry is a visual artist and we often used pictures to communicate. I watched her previous works and studied her style to become familiar with it. The story was about “An elderly Buddhist woman recalling a ritual from her past and undertaking a journey of duality expressed through her many identities.” For their appearance, I wanted them to look abstract, keeping the natural body silhouette but a little different. I hope the performance brings out the imaginative instinct of the audience,” said Xiyu.

The Chinese creative in on the way to making a mark in the entertainment world, judging by the successes of her projects and the accolades from her clients. “We brought Xiyu on board as our costume designer for the music video project titled NANAO. We started working with Xiyu at a very early stage of this project, from brainstorming, conceptualizing to actual production. She helped us actualize the concept of the “creature” look at the end as well as design a unique, customized made wardrobe for all the talent involved. Her works functioned as the centerpiece of this fictional, mythical world we created for NANAO. – Jay Swuen, the director of NAOAO.

For more information about Xiyu Lin and her fantastic works, visit – www.xiyulin.com.