Gifted writer, Deontae Henderson, works with Shea Maze, a creative and innovative illustrator, to release “The Complaining Cheetah,” a children’s book about gratitude 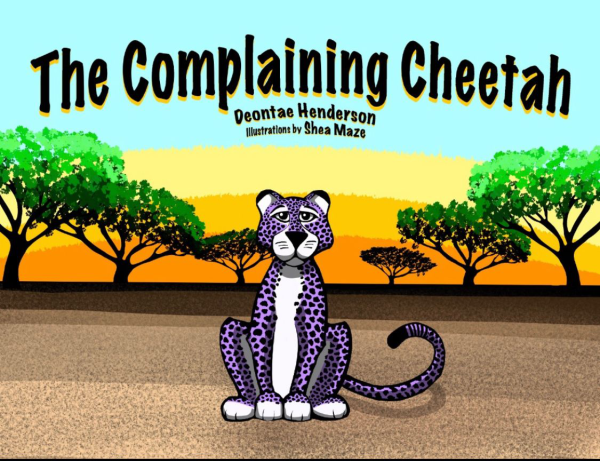 Deontae Henderson has again brought he storytelling skills to bear with the release of a new book titled The Complaining Cheetah. The author seeks to teach readers, especially children, the art of gratitude and the imperativeness of appreciating oneself, irrespective of the situation. Deontae Henderson worked with Shea Maze, who used his unique illustrations to bring the story together and deliver the message as desired.

“Often times people complain about the things they have or don’t have, but there is always someone out there that would love to be in your position. I wanted to remind people that it’s okay to be themselves.” – Deontae Henderson.

The world of literature has brought forth thousands of creatives from different parts of the world delivering content to quench the thirst of lovers of poetry, novels, and other similar works. There has also been an increase in the demand for children’s books and the emergence of authors seeking to teach readers real-life lessons without boring them with long texts. Consequently, Deontae Henderson aims to take the reading experience a notching higher, using pictures and words to deliver messages, as seen in the latest release – The Complaining Cheetah.

The Complaining Cheetah chronicles the series of events involving the main character, Chase the cheetah, and how he learns how fortunate he is, realizing that he was in a position other animals wished for. Deontae uses a bit of humor and multiple, colorful images of unexpected and interesting depictions of the animals to introduce children to gratitude. The author also aims to promote the principle of self-appreciation and the uniqueness of each person, irrespective of their features, as he introduces readers to a new animal in each page in a fun and interesting way.

The Complaining Cheetah will undoubtedly have children rolling on the floor laughing as they learn about gratitude through simple conversations between Chase the cheetah and other animals he encountered while he moved around complaining about his features.