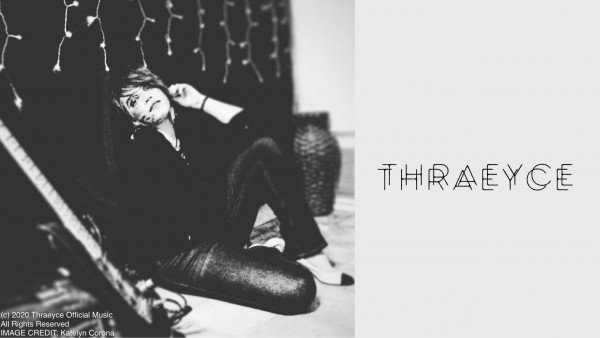 Born on March 10, 1990, Thraeyce is a young & talented artist who makes eclectic and captivating music. Having changed her name several times as a little girl, she eventually decided to stick to the name Thraeyce, inspired by the character Kara Thrace from the 2004 reboot series Battlestar Galactica. After gaining massive success on her debut EP “Love Today”, Thraeyce is ready to put out more amazing music!

Thraeyce recently released her latest single this year, in 2020. It is a powerful track, which is in collaboration with the French beats genius AVLIN. Thraeyce has nailed it with this masterpiece of a track, with perfection and excellence. This project perfectly defines the artist’s personality and rhythm, which she has beautifully encapsulated in this recent release. Thraeyce is the author of several compelling tracks, like “Ascendant”, “Love Today” and “Goldenchild”, but her latest track “F*ck It up!” is a notch ahead than the rest of them. This song is a perfect amalgamation of upbeat energy and free-flowing lyrics.

Telling about her plans in the field of music, Thraeyce says, “I’m heavily into Alt-Pop, Nu-Disco, EDM and Future Bass right now because it’s keeping me in that #PLUR mindset, but I am branching into Electro Swing with an upcoming album on the way, along with a Dark Pop compilation I’m calling “Gaslight”. I love haunting refrains and melodies, walls of sound, and MASSIVE builds/beat drops. I want my songs in movies and series about the future, especially, because I see my music as forward-thinking. I want my life’s lessons to help Gen Z stay hopeful and Millennials to stay focused on everything that is at stake right now. I think the world needs us more than ever right now.”

Thraeyce is deeply inspired by Pink Floyd, along with other artists like Peggy Lee, Rosemary Clooney, Stevie Nicks, and Ella Fitzgerald. Music has always been a part of her life ever since she was a child when she used to sing along with whatever resonated with her, whether it be showtunes or Scorpions. If there was a choir, she was in it!

Thraeyce feels that it is extremely important to highlight everything that is going on around the world right now and help people gain a better perspective on the situation. She believes that her story can help people out of loneliness and emptiness, and fill them with positivity. She is currently working on her upcoming project which is about ‘leaving the normal behind’, and showing how to create a better world.

You can listen to Thraeyce’s music now on Spotify, Apple Music & wherever music is sold!

Official Vevo Music Video for “Nothing on the Earth”.