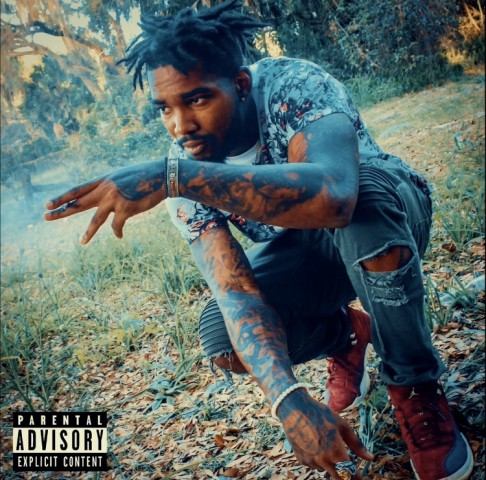 Originating from Leesburg, Florida, Dmauri Jones AKA SUPA is a talented artist who has a profound interest in music as well as arts and sports. Playing football and basketball in High School helped him to get into the University of Miami, where he developed a love for art. He now combines his passion for art and music to create a unique identity of his own in the music industry.

Till now, 2020 has been a great year for SUPA, as well as for his fans as he released his debut EP titled “Paint the Streets” this year. This EP consists of 6 astounding songs- Ride for Me, Heartless, First Things First, You Know, Back On, and Bricks. Each track is a masterpiece handcrafted by SUPA to make it nothing but the best. For the cover image of this EP, SUPA has showcased his great art skills for which he has used software like Adobe Photoshop and illustrator. The theme of the EP “Paint the Street” is based on the idea by SUPA of taking over the world with his artistic abilities at dawn, while everyone else is fast asleep. With this project, SUPA intends to reveal his hidden talent of music spontaneously and grab everyone’s attention.

When asked about his musical journey, SUPA says, “I’ve made a few tracks when I was younger with my group at the time OTB (only the best). We were about 14-15 years old. But with sports and my art profession, I didn’t get a chance to reconnect until recently. My first track drop from my latest project was in March. I’m making some noise with music and art at a rapid pace! I need to continue to keep climbing!” So far, SUPA has successfully made the listeners fan of his music because of its rawness and uniqueness that makes his music stand out.

SUPA has had an interest in the vibrations of the bass, 808s, melodies, and instruments in a song since he was a child. The artist feels that initially taking on the path of sports overshadowed his hidden talent as a musician. Exploring his love and passion for music has been a unique journey for SUPA. Now that he has discovered his abilities, he doesn’t shy away from exploiting it to the fullest and thereby, creating enchanting music.

SUPA’s music style is mostly rap and hip-hop, but he has a knack for creating an upbeat vibe to any kind of music with his smooth flow. He thanks his fans for supporting him through his journey and urges them to take over the world with him through his music.

Listen to the EP “Paint the Streets” now on Spotify.com.