With the increasing globalization our world boundaries have shrunk and the need to expand across borders has become incessant. With this also comes the need for peaceful and strong bilateral relations between countries. Today, let’s look forward to moving away from the negativity of the pandemic. 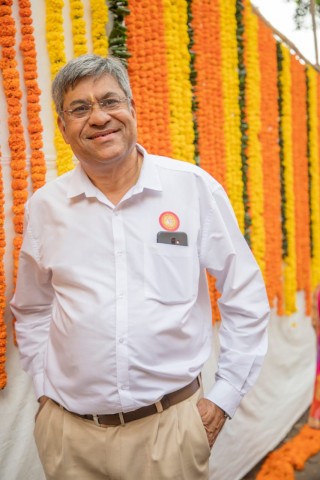 Mr. Hemant M Shah from Manitoba, Canada in conversation with interviewer Jais shares about his journey and how India-Canada trade relation can be made stronger.

Mr Shah spoke about his amazing journey from the buzzing city of Mumbai, India to Winnipeg, Manitoba in 1970’s. It was literally a 360 degree change from 30 degree to a -30 degree temperature. An eminent immigrant Mr Shah – found himself at home, away from home¬ – was overwhelmed by the support he received from not only the Winnipeg community but the Canadian Government too as he progressed in his career. He considers 1993, a big turnaround as he ventured into the aviation industry, along with being introduced to few industrialists by High Power Business Contacts and then he sold the corporate jet to an industrialist in India. Mr Shah became a one-stop shop to provide maintenance and parts. People appreciated him saying that a Kutchi boy can sell an aeroplane. Gradually, new horizons opened before him. Then an idea of training commercial pilots turned into a reality as he became the Executive Director of Winnipeg Aviation. Later, he held a road show in India and enrolled the first batch of 10 students, all from Gujarat. Eventually, he enrolled 180 students from India to Canada and trained them as pilots.

Mr Shah has priceless experience in International trade which includes exporting to Asia, Europe, North America and the Middle East. He has represented 41 Canadian businesses and has led numerous trade missions for Canadian Government. He is Director, West Asia International Market for mining, oil drilling equipment company, Cubex Ltd. He has received numerous business awards and is now the Canada India Trade Champion. Let’s know his thoughts on some aspects.

Speaking about how Mr. Shah feel about spearheading the Canada-India Trade through Overseas Friends of India Canada OFIC). He said, “I am honored to be on the board of OFIC in Ottawa. When I got this opportunity to serve as a Canada India Trade Champion and spearhead the trade relations, I was thrilled to yet again be able to render my services and expertise to both the nations. I have been working in this area ever since I landed in Canada and have over 45 years of expertise in Canada India trade. I feel that there is lots I can help achieve on this front. The experience, practical knowledge always counts, when its about countries and their bilateral trade. One must understand India is a market of relationship, trust and network which must be honored and dealt with care.”

Answering, how does MR. Shah foresee the partnership between the Canada and India?, he said, “International trade is an exponential factor in growth of any country’s economy. Canada is one of the best places to live in whereas India is projected to be the world’s third largest economy by 2050. Canada enjoys a strategic partnership with India, which has strengthened over the years through dialogue and agreements. I can’t emphasize enough the importance to focus attention and nurture the Indo Canadian trade relationship, which eventually will benefit Canadian economy as well as our taxpayers. Canada’s exports to India was recorded at $4.84 billion in 2019 from $2.36 billion in 2012 whereas India’s export value to Canada stood at $3.46 billion in 2018. It is lucid that there lies a huge opportunity to harness and increase the bilateral trade between the two nations.”

When asked, do hethink there is a need to develop more platforms to encourage the investors from India to Canada and vice versa? Shah stated that I would like to mention that Canadian Department of Foreign Affairs and International Trade (DFAIT) has encouraged international trade and have done a great job by establishing Trade Commissioner Services. The Trade Commissioners are the greatest service providers to the Canadian businesses who continue to help the Canadian businesses to expand across the world. They are the best to guide you and provide all the possible information. Moreover, there are three main Canadian platforms which have been working to promote trade ties for many years. The pioneer Canada-India Business Council (C-IBC) established in 1982 by Tomas Bata – I have been honored to be on board of C-IBC twice (in 80’s and 2000) – followed by the Indo Canadian Chamber of Commerce and last but not the least the India Canada Foundation. There are similar platforms from Indian side too like CII, FICCI etc. Thus, I strongly feel that there is no need to develop more platforms. What we do need is to go beyond discussions and move towards action. Uplift and develop the existing platforms and take mileage from their existence to expand and to foster stronger trade ties.

Questioning on what ways Mr. Shah think Indian agriculture industry could benefit from the Canadian technology and innovation? He commented, “Canada and India enjoyed a close agricultural tie up during 80’s and 90’s. and 90’s. The exchange dates back to Amul Dairy from Gujarat’s tie up for Canola oil with Canada. There was a lot of information exchange that took place especially on agricultural storage, its handling etc., along with visits by several Indian senior Ministry executives. Canada has been the largest exporter of Canadian yellow peas, green peas and some lentils. I was also a part of exporting these to India. I have met lot of visitors from India, Middle East and South Asian countries, who came to Winnipeg, to undertake the 1 month Canadian Grain Commission’s (CGI) agricultural course. I personally feel that both the Governments must focus on developing the agriculture and the food industry. I see India as a huge consumer market for food industry and steps to focus with this regard must be initiated. Canada has great technology and India can absorb the technology and both can mutually benefit.”

Expressing what does he think could be the stumbling blocks? Mr. Shah said, “I have seen the Import License Raj during 70’s and 80’s that was the stumbling block. At present there doesn’t seem to be any stumbling blocks. I can say that a little hiccup – on part of the Canadian Government side at the Parliament Hill – is the lack of focus on trade with India. I personally think that there is a need to keep politics aside and focus on growth of the Indo Canada trade and businesses. It is imperative to ensure the trade between the two countries is not affected by political ideologies. To the Parliament Hill I would say that if they create the Export Bills Canada, they would create jobs and better economy. One needs to focus on Canada India trade, keep your principles but ensure to be respectful to each other. I would say the world is open and we should focus on strengthening our economy.

Advising to the immigrants, he said, “My advice to the new immigrants, who chose Canada as their 2nd home, is simply for them to realize that once they are in Canada they have a duty to make their 2nd home more innovative. The Indians who settled in Canada have set up export businesses with India by giving back to the Canadian economy and became role models for many other communities in Canada. The new immigrants need to be conscious about how are they going to be beneficial to their new head of trade home. They should feel blessed and consider themselves as Lord Krishna with two mothers. One can work or run a business for oneself but must also learn to give back to your new home.” 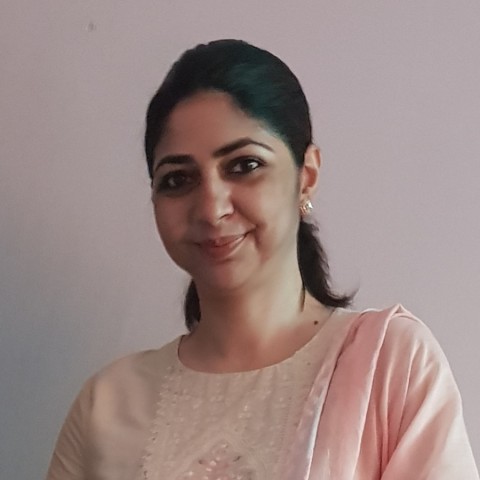 Jais has over a decade of experience in research and believes in the brand ‘India’. She is committed to promote trade ties with India voluntarily. The views in the article are of Hemant M Shah, Director, OFIC.