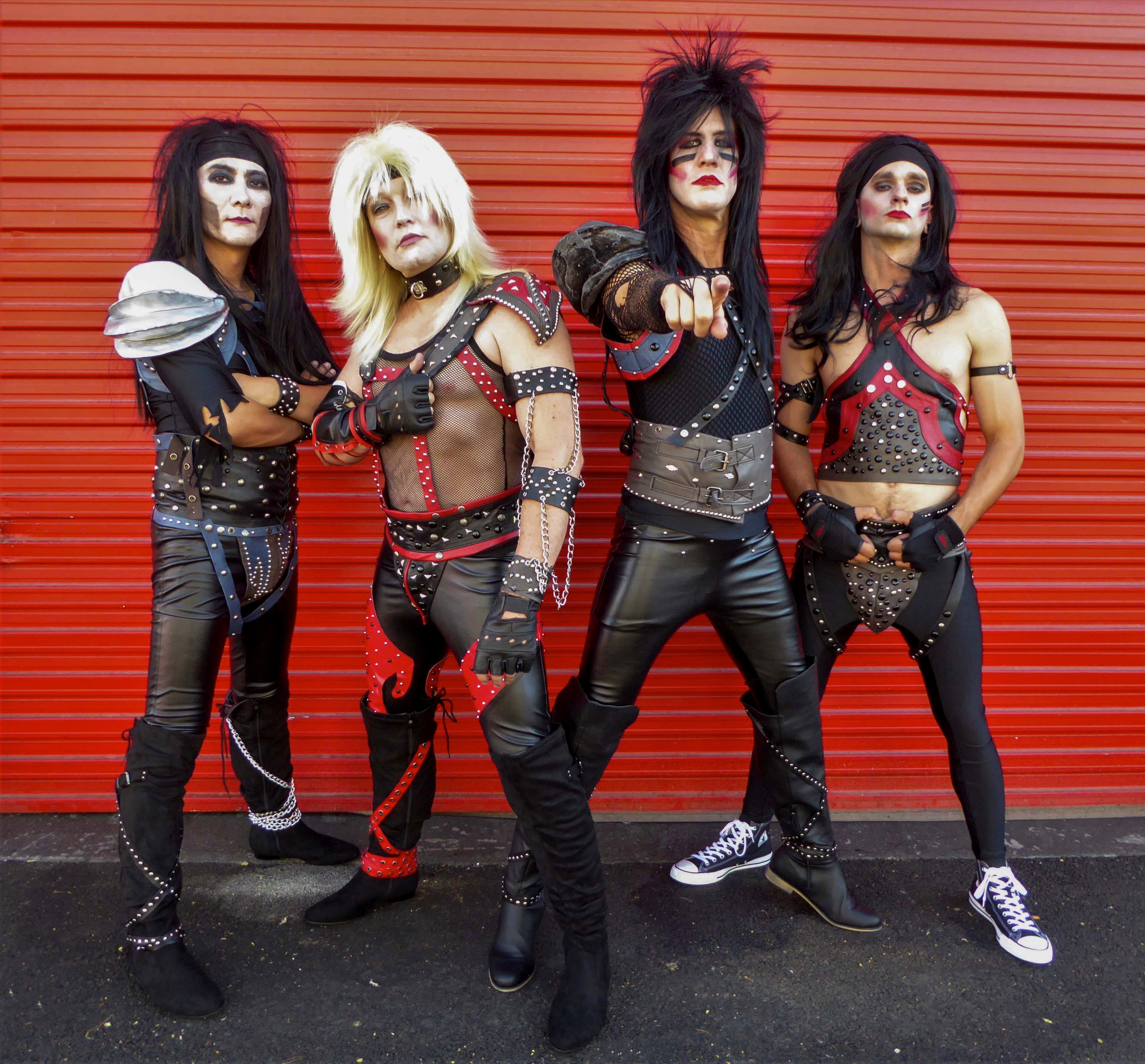 The high energy show and experience, which will give audiences an accurate reproduction of Mötley Crüe’s early 80’s “Shout At The Devil” era and mid-2000’s onwards, is set to headline, for their debut performance, at the world-famous Viper Room on the Sunset Strip in Hollywood on August 10th.

Hott kicked off his career with the popular rock group RATT and has had success as a lead vocalist and songwriter, performing and touring with major bands and artists. Seeing a niche in the ever-increasing popularity of touring tribute bands, and a desire to create a carefully constructed and choreographed replica both musically and visually, Hott formed the new glam band, Mötley Nüe, which consists of himself channeling Vince Neil, along with Rikki Sterling (Nikki Sixx) Cody Gilliland (Tommy Lee) and Sehwang Kim (Mick Mars), complete with duplicated instruments, hairspray and swag.

“Over the course of their 34-year career, Mötley Crüe has sold in excess of 100 million albums worldwide, making them one of the best-selling bands of all time,” stated Steve Hott. “Since the release of their best-selling book “The Dirt: Confessions of the World’s Most Notorious Rock Band”, which is now a movie, there is a resurgence of interest in Mötley Crüe, not just with its original fanbase, but the younger generation who are hungry to hear more.”

In order to give Mötley Nüe its utmost authenticity, and stage presence, Hott commissioned the original Mötley Crüe costume designer, Tod Waters from Junker Designs, to refabricate the original bands iconic fashion outfits, from the identical patterns and fabrics.

“I received a call from Steve Hott, from Mötley Nüe, to recreate some of the signature looks that were worn by Mötley Crüe. As the designer for the band from 2006 until the very last show, it was a must that I recreated the looks with the exact details. The real challenge was to recreate the iconic ‘Shout At The Devil’ costumes circa 1983. I went to extremes to duplicate these costumes and infuse them with all the rock and roll sleaze and swagger I could muster. Mötley Nüe brings all these designs to life as well as Mötley Crüe’s original sound.” – Tod Waters, designer Junker Designs.

In 2015 the high-profile band, Mötley Crüe announced their last and final tour, leaving a void to fill with the legitimacy of Las Vegas’s very own Mötley Nüe, so that fans can once more relive the legend.

Tickets for the August 10th show at the Viper Room are available here.

Mötley Nüe was formed to engage the Mötley Crüe fan into a past and future experience. The band features world-class musicians; led by Steve Hott on vocals, bassist Rikki Sterling, drummer Cody Gilliland and on lead guitar Sehwang Kim. Music is the only artform that can transport someone to another place and time, and Mötley Nüe will take you on a roller coaster ride with a front row seat to an amazing visual and musical spectrum. Mötley Nüe: We’re All About The Music – www.motleynue.com

Lisa Tenner of Tenner and Associates