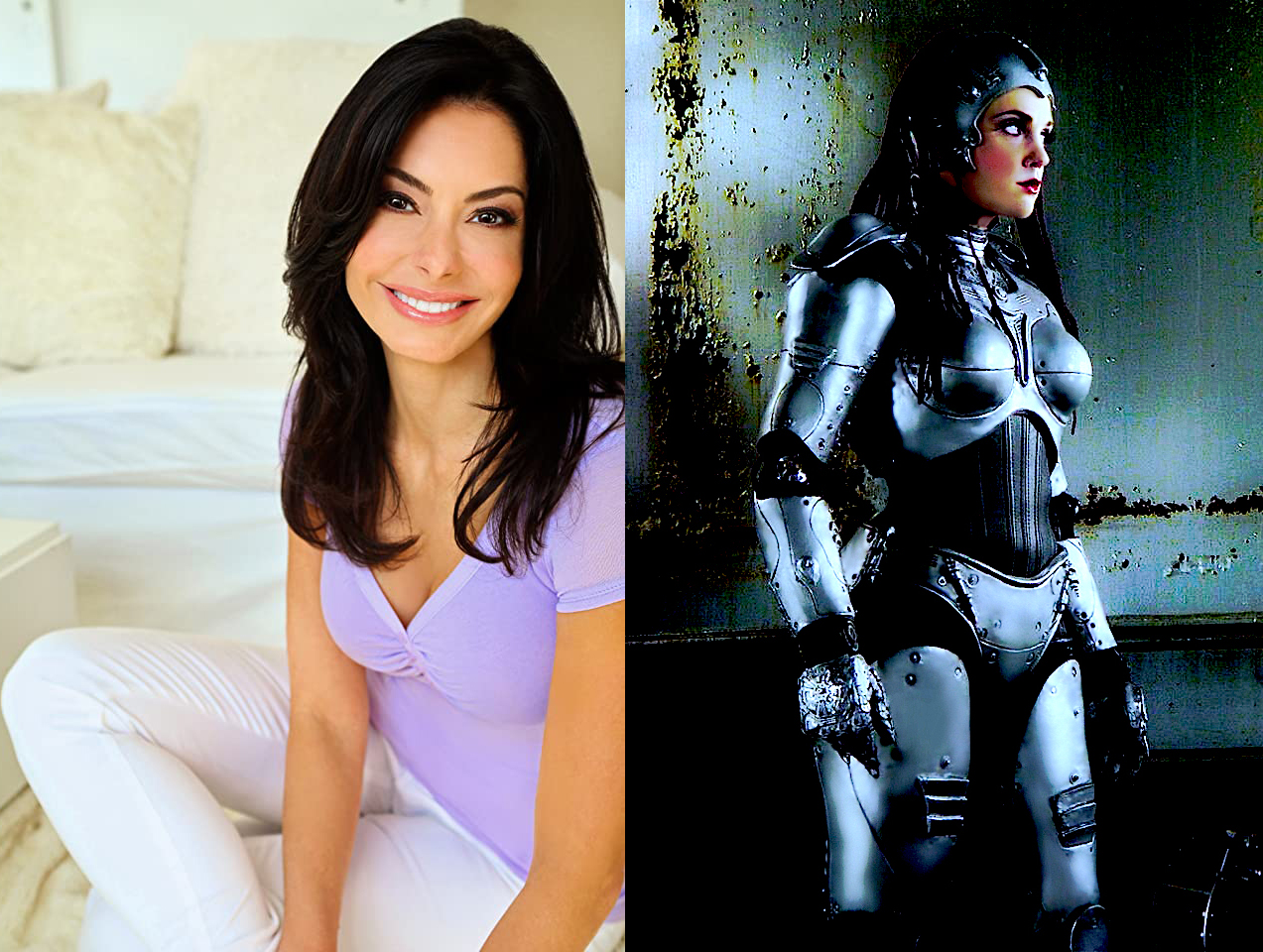 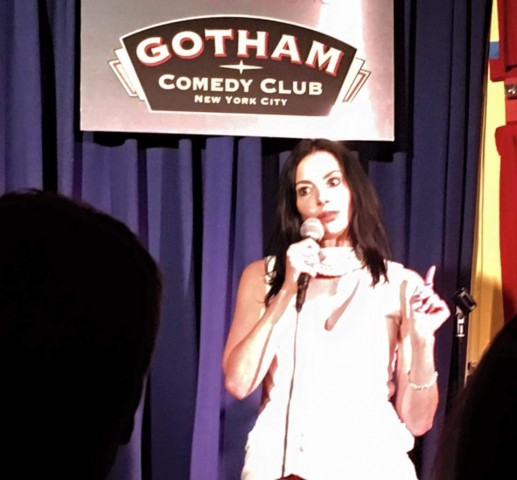 Joanne Scorcia (ryhmes with Porche) was an actress in New York when first thrown onto the comedic stage at her cousin Chris Mazzilli’s Gotham Comedy Club.

“In the early days I was an actress so naturally I was a bartender, and I was tending bar at the Gotham Comedy Club on West 23rd St where comic greats like Dave Chappelle played all the time. Jerry Seinfeld’s 2002 film “Comedian” was film there and Larry David shot the pilot of Curb Your Enthusiasm there. At the time, I had never considered being a stand-up,” shares Scorcia from her Los Angeles home in Sherman Oaks. 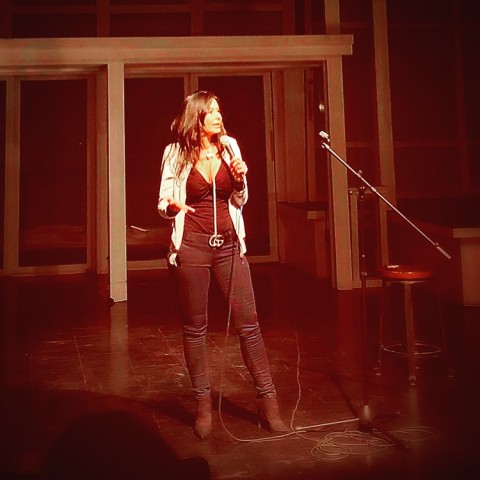 Above: Joanne Scorcia stand up comedy.

“I remember my first night. The bar manager asked me to call and cancel the pre-show acts because it was pouring rain outside. She said, ‘nobody’s gonna show up in this downpour.’ And the minute I got off the phone she came running back to me and said, ‘VIPs are here! The show’s back on! It’s gonna be the bar back and then You!’ I served these folks their drinks and was waved on stage and I thought, oh just be done with this, help everyone out, say something funny. I got up there and I talked about my ex boyfriend and my family for less than 5 minutes and was basked in applause! I couldn’t believe it.”

Word of Joanne’s impromptu debut as a stand-up comic got around. Fast.

“Cory Kahaney, (I just love her!) she heard of me and same thing, she brought me up on stage and, I remember being scared and just focusing on, I got to make them laugh. I did my set and I got such great applause, people telling me ‘you can do this,’ ‘you are so funny, Joanne!’ That was it. I caught the bug. I found my thing. I’m a standup comic!” 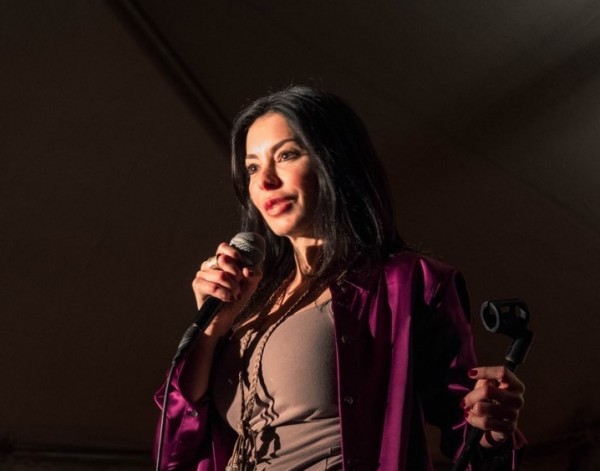 “It wasn’t all natural talent, I mean I’ve always been funny, but I’d also had a lot of training as an actress, and I’d seen 100s of shows at Gotham, I was a sponge learning how to execute comedic timing from the best of the best,” Scorica adds.

Scorcia then studied with Dan Vitali (whose Saturday Night Live War Stories was just featured at Vuture.com) and she has owned the stage ever since.

Along with acting in films, TV and commercials, Scorcia headlines in comedy clubs from coast to coast. A true people person, she produces a regularly sold-out standup show ‘The D Cups of Comedy’ at the world famous Comedy Store on Sunset Blvd where stars like Jerry Seinfeld frequently drop in. 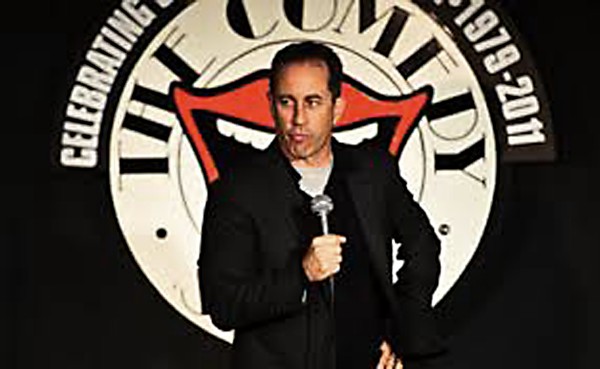 Jerry Seinfeld drops in at the Comedy Store where Joanne Scorcia frequently performs and puts together shows.

Director Hines says, “Joanne is a gifted actress and extremely prepared hard working performer. There were many challenges shooting Charlie Boy on location in Astoria, New York in 100 degree plus weather, but Joanne always lightened my burden. She has a giant heart and is forever supportive, always looking to bring the best out of everyone around her and doggedly working to get it right. Few have her stamina, drive and intuitive sense of where its at.” 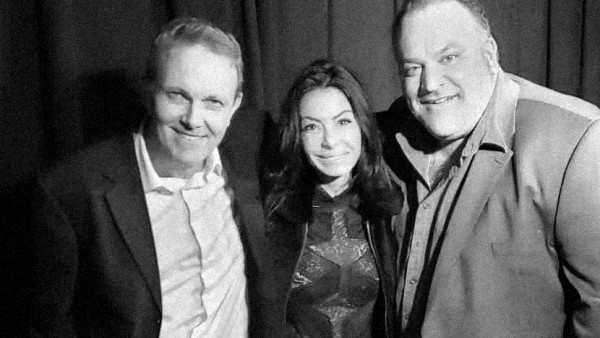 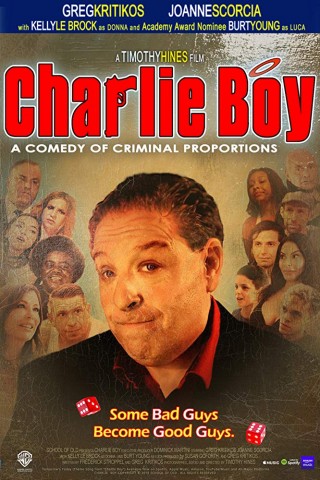 And now with a world pandemic underway, stand-up comedy has suddenly ground to a halt. Any comics will tell you that stand-up comedy generally requires live feedback. Joanne, like the rest, was faced with questions like, during the Covid-19 pandemic how is a stand-up comic going to reach their audience? Are we ready to laugh? And how will a world needing a laugh be reached?

“I’m surviving the pandemic by embracing my pajamas, my cats, and my plans to keep you laughing. Coming together to laugh in the wake of tragedy is a tradition in America. But you have to know when that time is. We all need to adapt,” urges Scorcia. “We need to be patient, stay connected and be ready to connect and help people laugh in new ways. 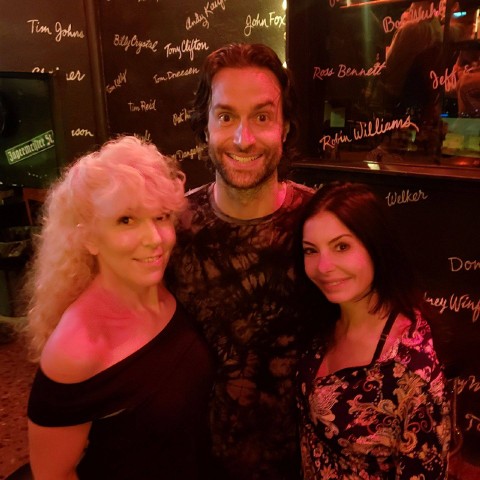 Above: L to R: Actress Susan Goforth, War of the Worlds The True Story, 10 Days in a Madhouse, Chrome: The Series, Chris D’Elia, Undateable, Whitney, and Joanne Scorcia after a set at the World Famous Comedy Store in Los Angeles.

“I, for one, have always been close to my family and my extended family, I’m a people person, and I’ve been deeply affected by coronavirus – I almost lost my dad to it. My dad was in and out of the hospital. All I could do was offer support from afar. It was terrible. I’ve had very close friends near death while battling this virus. It’s very real. And it is taking up a majority of people’s time and focus. Is Aunt Mae going to make it? Should I let Grandma go to the store? Things I would be making fun of to make people laugh, now are too challenging and encompassing to be funny.”

But like all comics around the country like Sarah Silverman who has a big show just out on Netflix, Scorcia has been forced to adapt and find alternative avenues.

“I’m encouraging others to connect online, on Zoom open mics, video shorts, whatever keeps you going and together,” said Joanne, “I stay constantly connected to stay fresh. And our hearts need comedy. We’re all hungry for the Clubs, and when they re-open, which they will, I’m all about the people and I’ll be ready to provide those much needed smiles and laughter.” 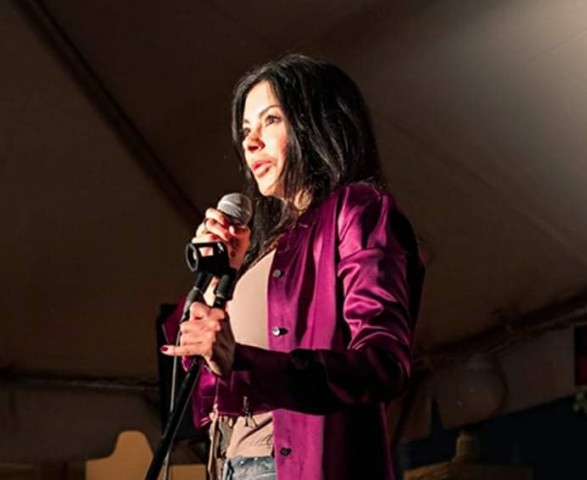 Joanne continues to work with The World Famous Comedy Store and others to be prepared for the re-opening of comedy clubs. She is finishing a Quibi-type comedy series with writer Suzan Brittan about dating in Los Angeles and setting up a comedy tour with Levity Live. 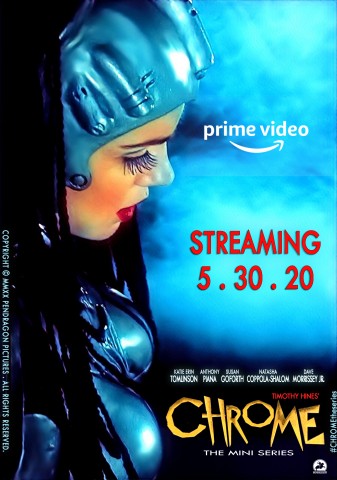 Timothy Hines has again cast Joanne in his mini series, Chrome: The Series streaming May 30 on Amazon Prime. Joanne’s character is revealed in episode two as she plays Sparks, an escaped robot slave electrician living in hiding and whom joins forces with Chrome (Katie Erin Tomlinson), repairbot Perdix (Natasha Coppola-Shalom) and massive ex-policebot Nal (Dave Morrissey Jr.) to challenge the likes of EL The Reclaimer (Susan Goforth) to bring humanity back to the human race that has lost its way.

Chrome: The Series is a serialized movie much like the Saturday morning cliffhanger movies of the mid 20th century. Coined a fun, escapist series like “Wonder Woman meets Metropolis,” Chrome follows the intertwined fates of a runaway slave robot whose human injury inhibitor is broken, a repairbot deeply entrenched in the robot underground and the scarily void of humanity humans who hunt them to earn honor and money. The story explores the weight of robot A.I. servitude, the nature of slavery and identity, the deep desire of freedom – and the danger in believing that stringently playing by society’s gates and rules will lead to glory and success.