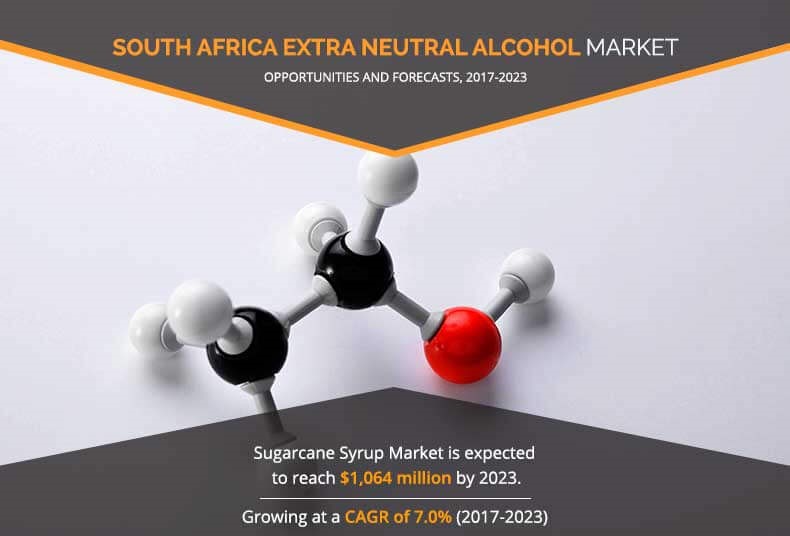 South Africa Extra Neutral Alcohol Market
Rise in youth population and increase in western influence on them have led to increased consumption of alcoholic beverages, thus fueling the demand for extra neutral alcohol. High excise duties, taxations, and stringent trade laws have been imposed on ethanol in the recent years, which are expected to hinder the growth of the extra neutral alcohol market.

Extra neutral alcohol (ENA), also known as absolute alcohol, is a food grade alcohol, which is colorless and has a neutral smell and taste. It is largely produced using grain and molasses as the raw materials. ENA plants are usually based on the principles of multi-pressure-cascading techniques, and the process control is done by digital distributed control system. Extra neutral alcohol is used in the production of potable alcohols. In addition, it finds a wide range of applications in cosmetics and pharmaceuticals industries. In the pharmaceutical industry, extra neutral alcohol is a prime carrier for a whole spectrum of medicines, and is therefore used for processing a wide range of drugs. In the flavors and fragrance industry, dilute ethanol is used to produce distilled vinegar, flavor extracts, and concentrates for soft drinks and food products.

Make an Enquiry before Buying @