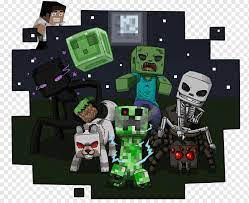 SMW – Not just another kit-PVP…

Not just another one… This is the very first – unusual pvp theme, where players can fight with their friends Head to head and declare who’s the best!

So what makes this server so “Unique”, “Fun” or “Unusual”? (People don’t believe in that…)

Don’t believe it? watch this!

And there is much, much more! Since minecraft is the best.

SuperMobWars is waiting for you to have (Almost) The best experience and fun!

What is a Minecraft Server?

A Minecraft server is a player-owned or business-owned multiplayer game server for the 2011 Mojang video game Minecraft. Players can start their own server either by setting one up on a computer using software provided by Mojang, or by using a hosting provider so they can have their server run 24/7. Minecraft servers allow players to play online or via a local area network with other people. Internally, the game runs a server for single-player games, this was done in order to make the single player game experience consistent with the multiplayer experience and make it so that changes made to the game such as bug fixes apply to both single player games and multiplayer games.

Minecraft multiplayer servers are guided by server operators, who have access to server commands such as setting the time of day and teleporting players. Operators can also set up plugins to change the mechanics of the server or add commands, among other features, and set up restrictions.