By this time of the new year 2021, it is no secret that in Venezuela, carrying out transactions in Bolivares (currently named “Bolívares Soberanos”) has become an exhausting effort in Venezuela. The stratospherical inflation rates and the countless failures in the country’s economy has caused a constant devaluation in their currency. This has forced citizens throughout the years to introduce US currency (USD) as an important support for their economy.

Even though this managed to alleviate the tense situation in certain aspects, it also added new problems to the equation: cash shortage, poor judgement when accepting banknotes in businesses, counterfeit bills, price speculation in businesses, devaluation of the dollar, and many others. Motivated by these new conflicts, the Venezuelan citizens have been (once again) forced to resort to distressing processes to be able to carry out bank transactions in foreign currency, including: use of borrowed or owned US bank accounts with access to Zelle, payments via PayPal, use of cryptocurrency, and other digital currency platforms.

Fortunately, after a long and tedious adaptation period that has been taking place in the Venezuelan market, local businesses and large national companies began accepting Zelle as their preferred electronic payment method. They found it is safer and more effective than others. However, the Zelle platform is only available for exclusive use between US bank accounts. This fact limits its use for most citizens who do not have international bank accounts and cannot travel to the USA to open them. Some are even limited due to problems with their US visa or lack thereof. Also, during COVID-19 times, it has become almost impossible to travel. The idea of accomplishing a successful exit from the Venezuelan territory involves various processes of high-stress, uncertainty and sometimes may even include absurd expenses for the average citizen. 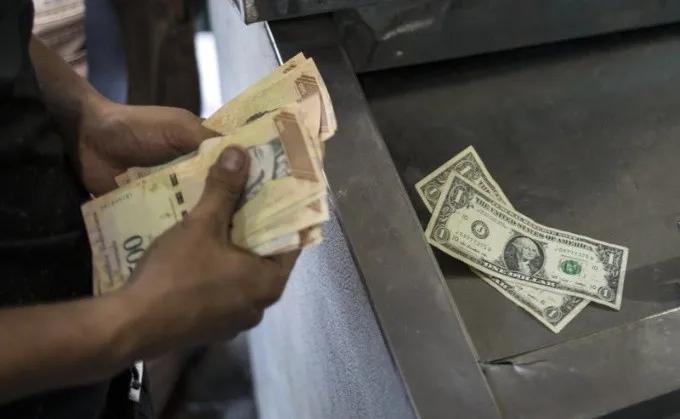 For this reason, Servicios Bancarios has taken a fortuitous turn to this reality of many Venezuelans: allowing them to open US bank accounts with access to Zelle, legally and transparently. With more than 17,000 followers on their Instagram account, @servicios.bancarios replies to the requests and concerns on behalf of their clients, with professionalism and a personalized customer service experience. In addition to their popular service of opening bank accounts with access to Zelle, their newest services provide clients the possibility of opening up business bank accounts, as well as register companies in the US territory; favorable news for the merchants and entrepreneurs that are committed to international growth.

Another advantage of opening a US bank account with Servicios Bancarios, is the comfort, ease, and efficiency of the processes involved. Scheduling a face-to-face appointment and submitting a number of documents won’t be necessary; it is mainly required to have a valid passport as well as a few additional requirements to be able to carry out the procedure legally and safely. This, coupled with the fact that the total wait time is brief compared to the time it usually takes for each process to be carried out. Without a doubt, this is the best option for those who want to resolve the serious issue of dealing in their daily life with the inconvenience caused by the cash flow – specifically due to the lack thereof. In the particular case of merchants and entrepreneurs, this opens a huge door to their possibilities of expanding their business and importing with new international providers.

In the modern world, it’s a solid fact that the digital era has taken over the entire market. The COVID-19 pandemic was a boost for entrepreneurs and content creators on social media. It allowed them to connect with their audience the majority of time as well as adapt their purchase/sell processes to the current global situation. Digital currency has been gradually taking power over the world economy, for instance, a well-known case is that of Cryptocoins. While Venezuela is adapting to the economic and market digitalization, from an objective point of view, the work done by Servicios Bancarios in a few words can be defined as “a breath of fresh air for Venezuelans.”