The Saudi Falcons Club (SFC) is hosting the first-ever International Falcon Breeders Auction (IFBA) within the Kingdom, which will take place at the club’s headquarters in Malham, north of Riyadh, from August 05, 2021 to September 05, 2021.

The international auction aims to provide top-tier falcons for falconers in Saudi Arabia and the countries within the region by introducing the best falcon breeding farms and experiences around the world to the Kingdom, as well as creating new business opportunities. Saudi Falcons Club aims to organize this international auction to be a trust-worthy platform and a one-of-a-kind event for the purpose of evolving the event into an international destination for International Falcon Breeders, as well as opening new areas for investment, connecting all professional falconers, and promoting the sport of falconry locally. 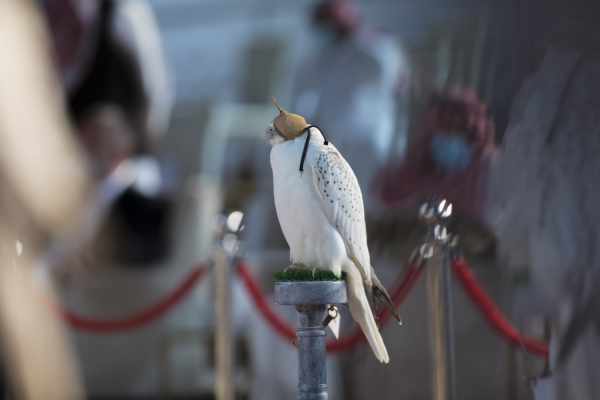 Last October, Saudi Falcons Club organized an auction for locally captured falcons, which was a resounding success, with sales of 102 falcons caught in different regions within the Kingdom exceeding 10 million Saudi Riyals Needless to say, the auction’s fierce competition between buyers and presence of quality falcons deemed the first-ever locally captured falcon auction a success. A global milestone was set by selling the world’s most valuable “Shaheen” falcon at the auction, which was entrusted to its owner for 650,000 SAR.

For inquiries or participate in the auction, please contact the Saudi Falcons Club at the following email: Ifba@sfc.org.sa

Given the historical connection of falconry with our heritage and culture, and the importance of caring for falcons and those interested in them in creating a bond that brings them together, Saudi Falcons Club (SFC) was established by Royal Decree No. (298 / A), on 20/07/2017.

Saudi Falcons Club aims to bring together falconers in the Saudi Arabia, under one link, and to take care of falcons and hunting and preserve them, as they are a national legacy and cultural heritage.