Sajidul Islam Pathan, a popular face in short films, now aims to introduce himself as a director in the Dhallywood Film Industry following his experience of working with many emerging directors, including the popular Bangladeshi director Raihan Rafi. 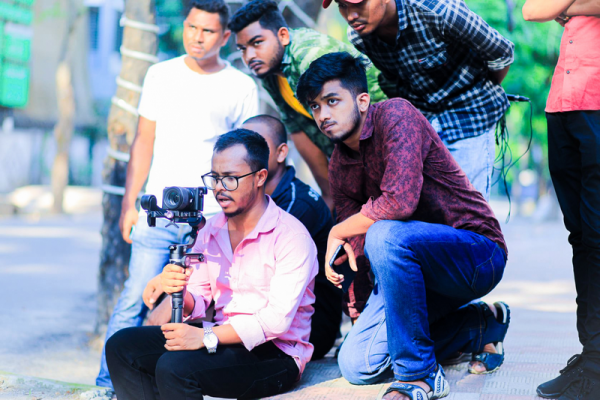 He started his journey as an actor after Siam Nasir had been given a chance to perform in a short film titled ‘Janer Desh Bangladesh’ directed by Raihan Rafi.

At one stage, he moved from acting to directing and started working as an assistant director to many emerging directors. In addition, he had made many short films for the YouTube Platform at the age of 19.

In 2017, he wrote and directed several popular short films, including ‘Ekusher Chetona’, ‘Friendship’, ‘Life of Rickshaw Wala’. Following these, he released a drama titled ‘The Dot – A Common Story’ on YouTube which generated over 4 lakh views in two months.

Again in 2019, he was seen in a ghost character in Tawhid Afridi’s drama ‘Ekti Bhoyongkor Raat’ under the banner of Bongo BD. Then in 2021, he has been an assistant director of Nazmul Haque Bappy in a drama named ‘Kotha Chilo’ and starred in a television drama named ‘Ami Ovinoy Korini’ by Nazmul Haque Bappy.

Sajidul Islam Pathan also wrote a web series named ‘Faisha Gesi’ which has directed by Peal Arafat and get huge hype on YouTube as well.

Currently, Sajidul Islam Pathan is busy with writing scripts and books which are scheduled to be published soon.

In this regard, he said, “I am writing some movie scripts for others and I am trying to make a web film for online platforms like OTT or YouTube. If it goes well then my web film will be released in the middle of 2022 and the name of the web film will be Buriganga. Which will be based on old Dhaka and city crimes.”