Prior to their official debut in June, Omega X promoted the “Blossom the Hope” public campaign as supporters and helped overcome the COVID-19 pandemic. The campaign was hosted by the COEX MICE Cluster (CMC) committee consisting of16 trade centers including the Gangnam district office and COEX.

Along with supporting the campaign, Omega X was the first rookie K-pop group to be covered on the digital display signage at Starfield COEX Mall in Gangnam-gu Seoul, South Korea, which is Korea’s largest signage and often referred to as “Korea’s Times Square.”

Omega X’s digital signage advertising is the first case of K-pop group’s contents being exposed through all channels since the COEX and the Trade Center area have been selected as the first unlimited outdoor display advertising zone.

K-pop group Omega X successfully completed their activities with their first mini album “Vamos,” and the members are communicating with fans through digital content. Omega X plans to support CMC through their second collaboration and stage a comeback in the second half of the year. 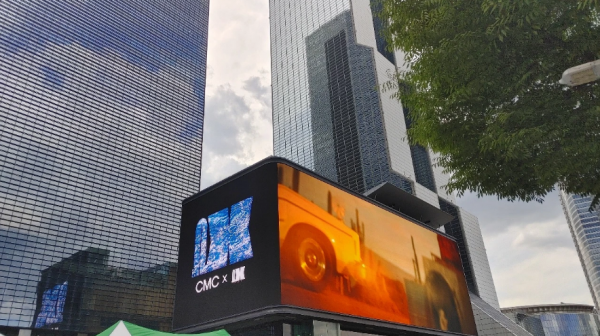