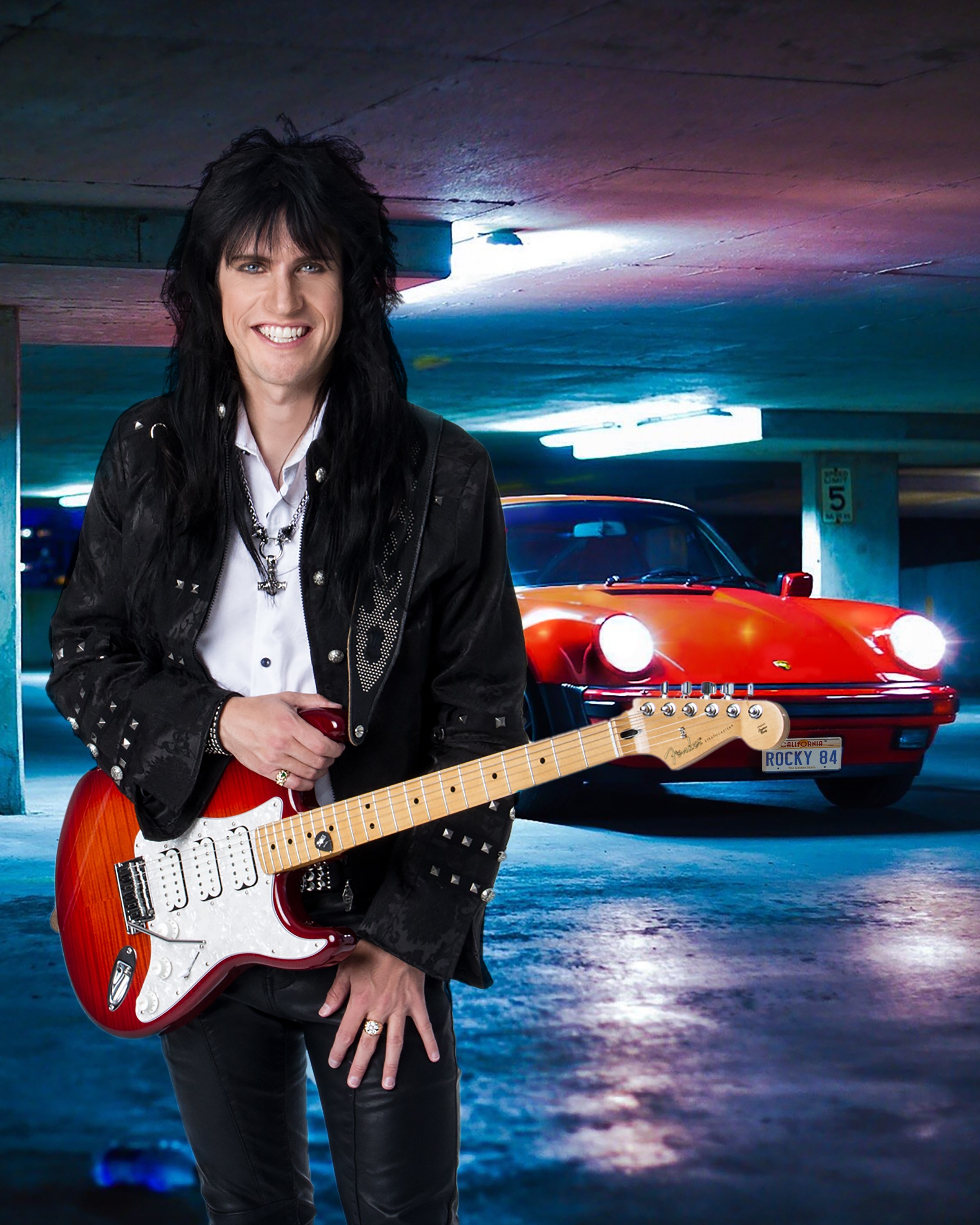 San Antonio, TX – Following an arduous worldwide hunt for a “diamond in the rough,” ― as described by casting director R. Scott Leisk ― Rockin’ In Time has snagged Norwegian multi-instrumentalist, Rocky Kramer, who will play the film’s lead character, Lars Olsen. The Mutt Productions / Allied Artists rock n’ roll time travel comedy adventure is being directed by Aaron Lee Lopez (of the Teenage Girl franchise) and produced by multi-platinum and six-time Grammy Award winning musician, turned motion picture producer, Kurt Wipfli. Kramer’s 2019 debut album, Firestorm, spawned the #1 Global DRT hit single, “Rock Star.” Widely recognized as a metal guitar virtuoso and power vocalist, Kramer demonstrated formidable acting skills with his Rock Star music video performance. To quote The Hollywood Digest’s Michelle Tompkins, “Rocky Kramer is a modern-day Viking, replacing his ancestors’ axe with a guitar. Conquering the world with power chords and melodic shredding! Being a power singer, musician and songwriter, he’s a triple-threat with a sound that is infused by both baroque influences and 80’s rock!” Kramer joined metal icons Buckcherry in support of their European tour at the end of 2019 and prepared to embark on a North American tour in 2020, which was scuttled as a result of the Covid-19 pandemic. Sidelined by the year that never was, Kramer began hosting a live weekly television broadcast called “Rock & Roll Tuesdays with Rocky Kramer,” that has now amassed more than sixty-five episodes and enjoys a consistent and growing weekly audience.

“Rockin’ In Time” is a humorous take on today’s nostalgic interest in the music, styles and personalities of the 1980’s music scene, as seen through the eyes of an up-and-coming rock musician thrust 40 years into the future. Kramer will play, Lars Olsen, a rising rock n’ roll virtuoso, who wields his axe as a protege of guitar gods of the 1980s, while simultaneously captivating audiences with his dominant vocal skills. Director Aaron Lee Lopez says of Kramer’s casting: “I look forward to working with Rocky. He has that special aura we have been looking for to bring this story to life on the big screen,” while co-producer Kurt Wipfli remarks that “Rocky Kramer is a natural for the role of Lars Olsen. He’s an incredible musician and performer which makes his portrayal believable and entertaining. Rocky’s passion for music shines through when he’s playing his guitar.”

When asked about landing the lead role, Kramer remarked: “I’m unbelievably excited to play this role because I can totally relate to Lars. To start with, I’m a huge fan of time travel movies. While I don’t actually recall traveling in time, finding myself time-warped in a strange land, relying on my musical wits to find my way, is kinda my story!” Rock icon and longtime friend of Kramer, Prescott Niles (The Knack, Missing Persons), who has actually played with Rocky, commented that he “truly is a rare combination of youthful enthusiasm and boyish charm. His guitar playing displays thrilling virtuosity and the technical command needed to cover his eclectic range of music styles: classical and hard rock progressive. His unique chord voicing and stellar music arrangements are also to be pointed out for their addictive musical hooks and visionary production. It didn’t take long to see and hear the technically brilliant and creative guitarist I had heard about. The ‘reality’ was far superior to any public relations hype!!!”

The history of Allied Artists is long, varied and legendary. Throughout the years, the Allied Artists brand has been associated with such classic motion pictures as “Papillon,” starring Steve McQueen and Dustin Hoffman, “Cabaret,” with Liza Minnelli and Joel Grey, “Tickle Me” starring Elvis Presley, and “The Man Who Would be King,” starring Sean Connery, Michael Caine and Christopher Plummer, to name but a few.