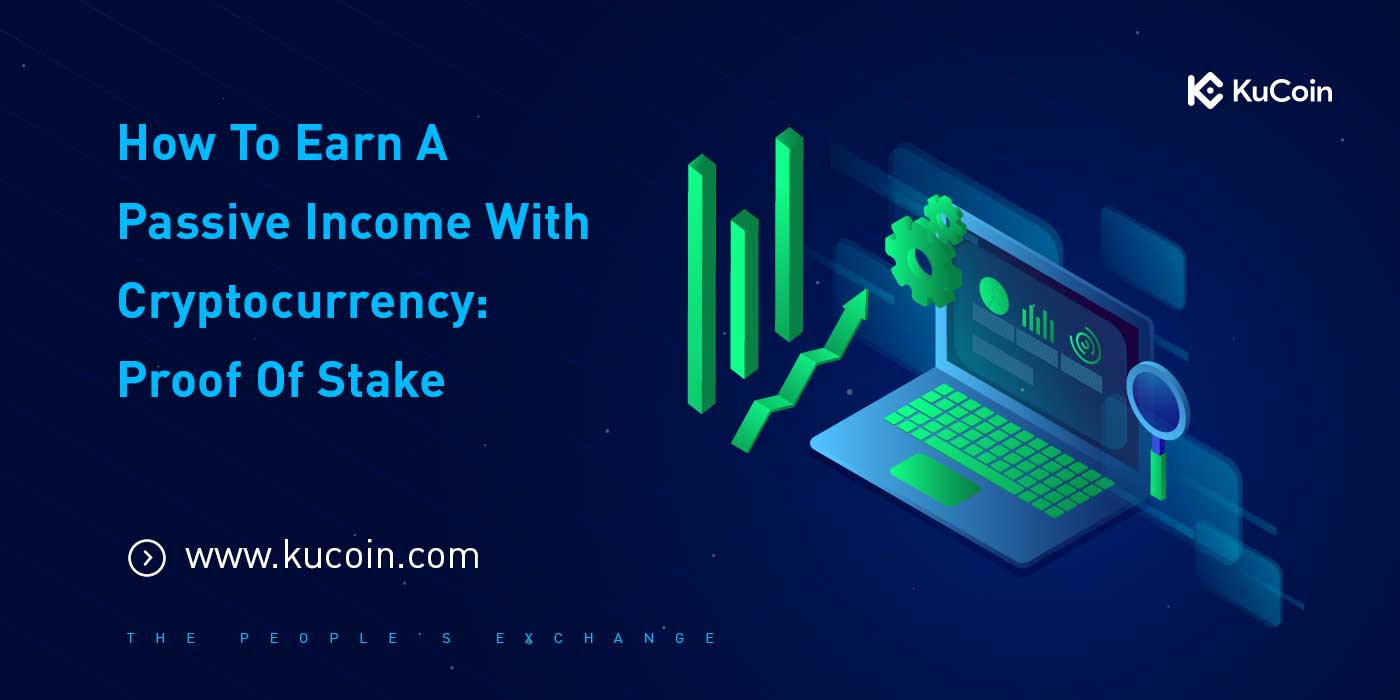 Everyone likes getting something with little to no effort, which is why the idea of getting a passive income with cryptocurrency attracts a lot of attention. There are a few different methods that enable crypto traders to earn crypto passively. Whatever the method, they can utilize the crypto they are holding and get something in return. Staking is one such way to achieve this. Not only can users earn rewards through PoS, but they can also feel good knowing that they are playing an integral role in securing promising blockchain developments.

The Role Of Proof Of Stake In Earning Cryptocurrency Passively

Proof of Stake or PoS involves staking some amount of crypto in order to reach a distributed consensus and validate transactions in the network. The creators of the block are chosen at random, though the amount of a particular cryptocurrency they are holding and how long they have held it can also influence the decision. Rewards are given out for this process, based on the proportion of their holding.

There are different ways in which staking can occur. One such way is through a provided wallet. Projects that develop their own wallet are often seen as promising, as it reflects a lot of time and work being put into the project. It can be convenient too, especially for the purposes of staking.

Those looking for how to make a passive income from crypto through PoS have many choices. Here are a few different tokens that enable users to earn more crypto passively using their own wallets.

Energi is a project famous for its unique self-funding treasury system, where it allocates funds for development, growth, and other areas. It is a decentralized cryptocurrency that takes solutions to existing problems in the blockchain space while improving upon the strengths that have made other blockchain projects successful. NRG is the token that powers the project.

Having transitioned to proof of stake consensus earlier this year, Energi offers the opportunity for users to stake their tokens in order to earn rewards. The project designates and distributes 10% of the newly emitted Energi each month to the stakers.

Staking involves just holding NRG in an Energi Core Wallet that is connected and synced to the network. A minimum of one NRG is needed to use the Energi PoS, though staking more will allow users to earn a larger reward.

MHC is the token of the MetaHash network, which aims to help the building of a new internet with decentralized applications that work in real-time, and are fast and secure due to its unprecedented speed and enhanced security based on a unique consensus technology. So, how can Metahash’s token, MHC, be used to get a passive income?

MetaHash uses forging for block generation and validation. Described as the ‘evolutionary form of mining’, it is a new concept for protecting network consensus based on proof of stake rather than proof of work. This allows for the project to ensure scalability and speed, with hardware requirements kept lower. In return, it is possible to earn higher, more fair rewards. There are two forms of forging: Passive and Active.

Rewards for passive forging are earned just for being online on MetaGate for at least 4 hours, and users only need to hold and stake as little as 100 MHC. MetaHash also offers a daily reward pool for passive forgers. A pool of 19k MHC is shared out amongst passive forgers, who receive one share every four hours they stake their tokens.

Active forgers automatically participate in passive forging, along with all the other benefits. For 1000 MHC, it is possible to start earning tickets for a daily lottery every 4 hours. An amount of around 170k MHC is given away in this lottery, with the possibility to receive up to 60 tickets each day. The daily reward is around 0.13% for active forgers. Distribution occurs every 24 hours, meaning it is possible to receive a daily passive income of cryptocurrency through the project.

Delegation can also earn users a passive income through rewards. Staking 512 MHC or more will earn the everyday reward.

As a highly secure, low latency blockchain, TomoChain is the ideal platform for developing and building DApps. The project introduces itself as an innovative solution to the Ethereum blockchain’s scalability problem, thanks to its masternode and consensus mechanism.

TomoChain uses Proof of Stake Voting (PoSV) consensus, which utilizes both staking and a fair voting mechanism for governance. For the purposes of earning a passive income, there is the opportunity here for users to stake their TOMO in order to vote for masternodes and earn rewards.

TOMO rewards for staking are about 0.00625 per 900 blocks for a user with 1000 TOMO staked. That is around 2.1 TOMO per week. Minimum stake amount is 10 TOMO. Voting can also be done to earn rewards by depositing tokens into a smart contract associated with a node candidate through the TomoMaster system.

NIX is a privacy currency and cross-chain privacy platform designed with the aim to deliver completely anonymous, decentralized blockchain transactions. The project is able to achieve this by combining atomic swaps and privacy, using a ‘Ghost Protocol’ in order to provide anonymous and decentralized transfer of assets.

NIX uses an off-chain governance model that secures the blockchain through ghost nodes and staking. Having transitioned from proof of work to proof of stake, NIX has developed an inflation schedule that increases the staking reward as the network matures. LPoS, or Leased Proof of Stake, where users can lease their coins to a merchant to stake for them, is possible too.

There is no minimum amount of NIX when it comes to staking passively. The reward will always be around 2.5 NIX per successful stake, with an expected ROI of approximately 12%. While the reward amount is fixed, those with a smaller stake will be chosen less frequently than those with a higher holding.

Neblio is a platform that is built for enterprise applications and services. The goal of the project is to make it easier for businesses to develop and deploy distributed applications that drive business value through blockchain technology. The NEBL token is the lifeblood of this Neblio Blockchain platform.

As a PoS project, the Neblio Network needs users to stake their NEBL in order to ensure all members of the network are behaving honestly. Those who choose to stake their coins and thus secure the network will be rewarded for their time and effort.

There is actually no minimum amount of NEBL required to start staking and the minimum staking time is 24 hours. The age of staked tokens impacts the reward that is earned.

It is fair to say that there are many different projects that allow crypto holders to make their crypto work for them. Staking is one of the prominent ways that users can achieve this. While the cost of entry does vary, it is quite easy to get started. Generally, the bigger the input, the greater the reward, as projects want to incentivize users to play a role and hold their tokens. This is what should be kept in mind when finding the best passive income cryptocurrency.