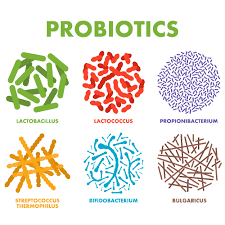 The technological advancements, rapid urbanization, and increase in consumer preference for natural products and rise in standards of living are few key reasons that foster probiotics market. Growth in health concerns in both humans and animals also drives the market.

Probiotics Market Report, published by Allied Market Research, forecasts that the global market is expected to garner $57.4 billion by 2022, registering a CAGR of 7.7% during the period 2016-2022. Asia-Pacific was the dominant market and is expected to be the leading contributor in global revenue, due to its high adoption of probiotic based food and beverages. Bacteria derived probiotics would dominate the market throughout the forecast period as yeast strains are still under research and testing phase and approvals from the Food and Drug Administration would take time to implement.

Probiotics contain friendly bacteria or yeast, which when consumed improve the balance of bacteria in the digestive system. Probiotic products such as yogurt, kefir, fermented milk, and other dairy products gain increased demand nowadays due to their effectiveness to improve immune system, synthesis of vitamins, and proteins. Such products have proven beneficial in curing mental illness, diarrhea, skin disorders, and urogenital disorders among others.

Probiotics market witnessed steady growth in the recent past on account of rise in awareness and changes in eating habits of populace across the globe. Factors such as increased health concerns, demand for functional foods and huge investment on product innovations and process technology by market players are expected to sustain market growth during the next 56 years. However, lack of awareness about their benefits and adherence to quality standards and regulations would restrain the market growth to some extent.

Among basic ingredients, bacteria would continue to dominate the yeast due to its availability in liquid, powdered, and gel forms. Moreover, variety of bacterial strains such as Lactobacillus, Bifidobacterium, Streptococcus, and others are useful as they can pass through the passage to the gut and form part of normal healthy intestinal flora. The segment constituted nearly 84% of revenue in 2014 and is anticipated to grow at the fastest CAGR during the forecast period.

Send Me Enquire On@ https://www.alliedmarketresearch.com/purchase-enquiry/282

Probiotic products can be consumed to carry out regular, preventive healthcare, and therapeutic functions in human body. Among these segments, preventive healthcare is expected to grow at the highest growth rate owing to factors such as rise in demand for probiotic based medicines for chronic diseases in high populace countries where infectious diseases are easily transmitted.

Food & beverages application of probiotics would continue to dominate the market with nearly 4/5th market share in 2014. However, dietary supplements segment would grow at the fastest CAGR due to its increased use to cure several diseases and to maintain health. Animal feed segment constitutes approximately 1/10th share in global market due to rise in demand for animal produce and increase in concerns about animal health among the livestock owners in Asia-Pacific and African countries.

By end use, the probiotics market is segmented into animal probiotics and human probiotics. Human probiotics is in the lead by contributing nearly 90% of global revenue in 2015 and is forecasted to grow at a fastest rate of 7.8% during the period 2016-2022. Growth in awareness about the probiotics benefits among the consumers through various means such as publications, fact sheets, and conferences would help to grow among human end users.

Geographically, Asia-Pacific region would continue to maintain its leading position followed by Europe. Asia-Pacific on account of significant demand from countries such as Japan, China, India, Australia, and other South Asian countries would pose lucrative opportunities for the market players. Nevertheless, North America and European regions also continue growth momentum as a result of favorable government regulations and growing awareness.

Probiotics market is fragmented in nature with the presence of few global players. Players such as Yakult Honsha Co., Ltd., Danone, Nestle S.A., Protexin and Biogaia AB enjoy significant share in the market. They invest heavily on research and development for product innovation, improving process technology and strengthening the distribution channel to improve their market presence. For instance, Yakult Honsha Co., Ltd., E. I. du Pont de Nemours and Company and Ganeden Inc. are some of the companies, which focus on strong distribution networks. Recently in March 2016, Probi signed an agreement with Probac, a Swedish biotech company to gain two probiotic strains to be used in food (dairy products). The agreement with Probac would expand Probi ABs functional food business area. In 2015, Yakult Honsha Co., Ltd. expanded its fermented milk drink production plant. The production will be started by Wuxi Yakult Co., Ltd.