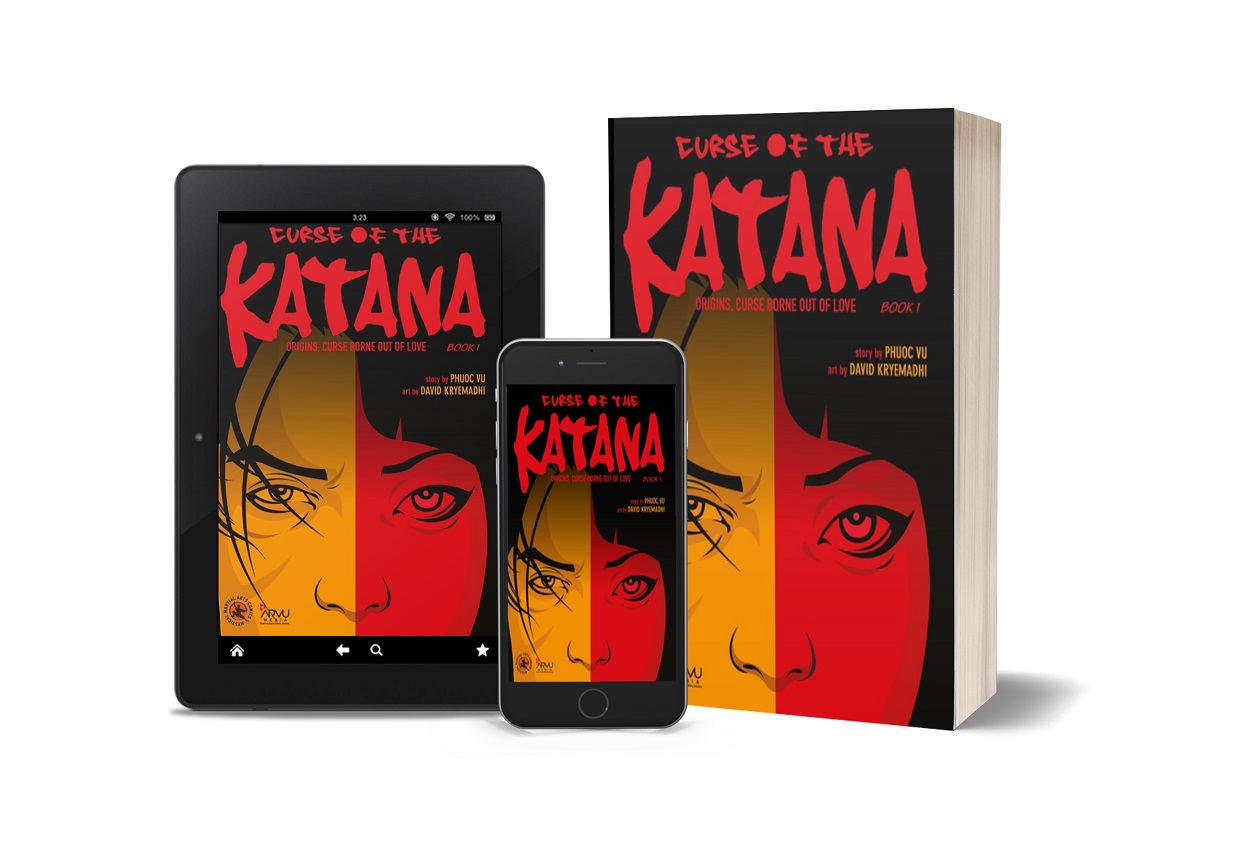 Curse of the Katana connects feudal Japan with the chaos of modern times to spark an unforgettable tale of love, tragedy, sacrifice, and the never ending pursuit of power.

The curse was borne from the forbidden love between legendary Samurai Warrior (Shin’Ichi) and the beautiful Princess (Rina), he was sworn to protect.

Their doomed love sets forth an adventure for young Connor to learn how and why he is connected with this Katana and what he must do to keep it from the hands of the evil Warlord Ryuu and the mysterious half-being Shadow Warrior Takehiko from conquering the world.

Curse of the Katana

Phuoc Vu is the founder of Mystical Martial Arts Comics. He graduated from UCLA earning his BS in Biology in 1997. He earned his MBA in Entertainment Management at California Intercontinental University in 2015.

The mission of Mystical Martial Arts Comics is to be the preeminent “ethnic studio” publishing culturally driven stories with potential for mainstream appeal. Releasing independent action stories through the medium of print, film, and digital media. Every project will strive to have a digital series or film made out of it. “From Print to Film” is the purpose of all projects produced. His first graphic novel for Mystical Martial Arts Comics is the action fantasy, Curse of the Katana (Book 1). The book was released in February 2022.

Phuoc has received a number of awards for two short films that he wrote and produced. One Night in Hong Kong Bistro was awarded “Best Short Film” by Hollywood Film Competition (2019) and was accepted into a number of festivals. His second short film, Siblings’ Fate was awarded “Best Suspense Thriller” at the Silver State Film Festival in Las Vegas (2021).

Curse of the Katana is available for purchase on Amazon