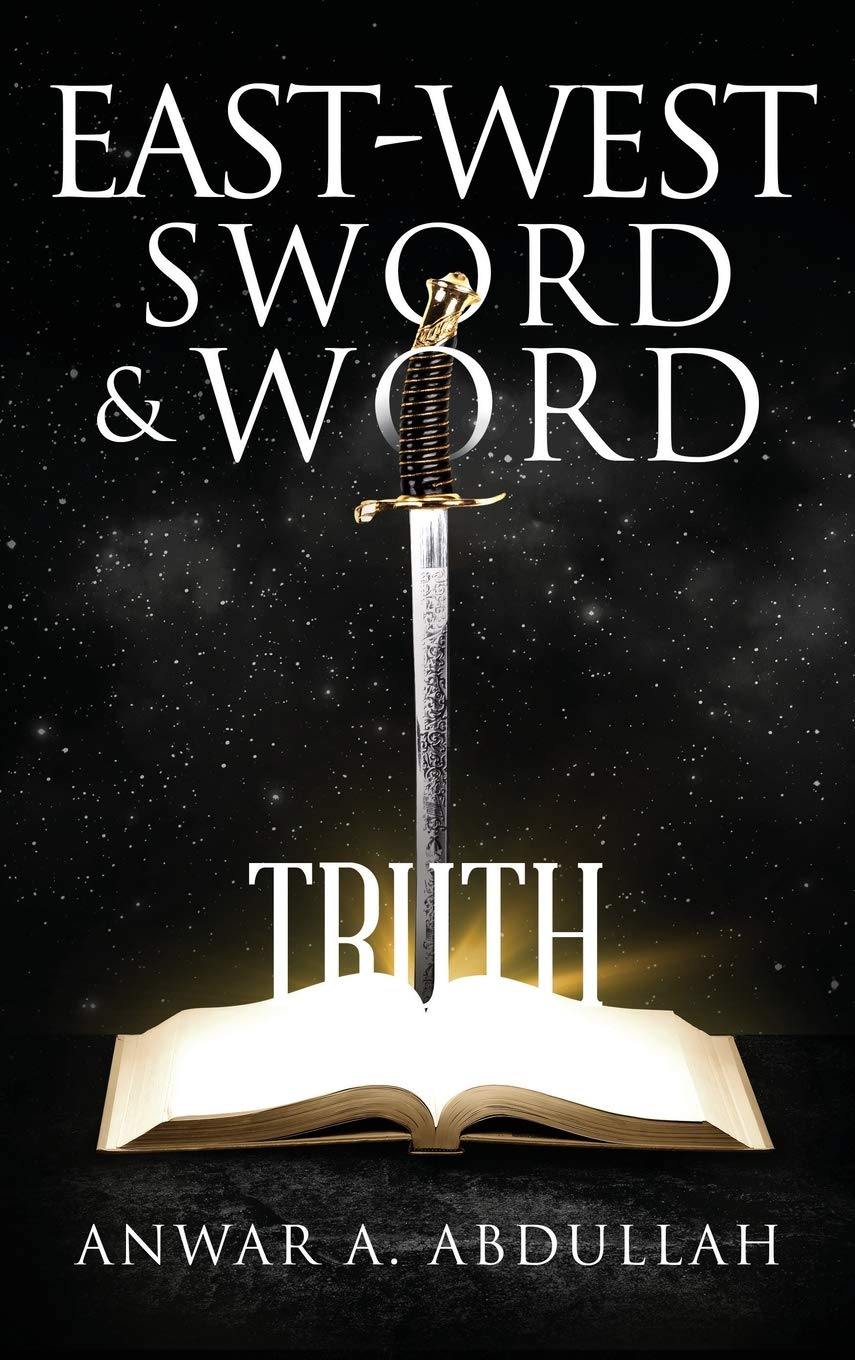 Perhaps… it is Omega…(I) Whilst living the dilemma of Global Authority, rarely in recent history have there been such conflicted views on where our human march is heading. The author of civilization and its written history is at the crossroads. And thus has gone the birth of modern tragedy as Nietzsche declared it: “there is no feast without cruelty”. Alas, if the art of hunting men demands skills, killing them spurs thrilling tales. And whilst ignoring our deep conflict with Nature… the ongoing clash of Nation Vs. Nation has already pushed modern politians as to take more & more decisions… yet with so little insights… and still in fast & fast rate. As everything is on sale in the four corners of our earth… Wonder! At shuddering blow of utopian Mammonism, where are we going? Author, East West Sword & Word, UrLink Print & Media publications, USA.

Perhaps it is Omega (II) Since killing his own brother Able, Cain had dictated human history. And now with postmodern Cain, who is losing esteem in statecraft, and Ko’rah, who will soon rival him in skill, it is far more likely that both, in a hair-trigger confrontation over games and prey, will end it themselves. When each measures himself against the other, the challenge seems beyond Cain, however going global, Ko’rah is appointed today as Cain’s aid-de-camp. If either political or economical hero has gained traction on Earth, then, for our historian Spengler, “politics sacrifice men for an idea, they fall for an idea; but economy merely wastes them away, War is the creator, hunger the destroyer, of all great thing”. Page 297 Chapter 14, my book. Author East West Sword Word. URLink publications, USA.

Perhaps it is Omega…(III) Verily, the adventure of reorganization of “Tender Natur”, of reprogramming of “Living Cells”, and of current technotronic engineering of “Time” via digitized machines will gradually driving us moderns into an Alien Utopia. All in all such Utopia has already promised much: changing history via Marxisim, changing the earthly world via Liberalism, overcoming human destiny via Nietzscheism, taming life via Darwinism, and taming fire of life via Watsonism…what a game of fragmentation to control…! Greed is bad, though neocapitalism is promising a sort of Utopia where greed can foster the coming progress. As such the idea of progress would bring us to the question: why modern view of progress is so impoverished?

Perhaps it is Omega…(IV) Since the French revolution, humanity has had to suffer from the illusion of Nations; each against all others, and all against Nature. The opposition of “Man” & “Nature” seems little else but that of “Master & Slave”. Hence Nature is defeated by Nations when the emerging technological “savage man” surpasses the beast of Nature. Nevertheless, Nature has its own stratagem to absorb our blows and fool us whilst turning upon mankind an utter wrath. Richard Preston asked what could provoke ebola: we all sort of feel that comes out of its hidden place when something occasionally alerts the very delicate balance of ecosystem. Perhaps weare stronger in terms of crushing forces, but in terms of real power, microbes are more numerous & mightier than we thought.

Perhaps it is Omega…(V) Ougt we recall here the main concern of our historian O. Spengler: “Through money, democracy becomes its own destroyer, after money has destroyed intellect”. M. Rees is also warning us moderns that ” Our Final Hour” will be triggered “by the risks stemming from twenty-first century technology”. Alas, for how much is innocent this artistic technological knowledge in term of recurrent Climate, Economic, and possibly Genomic crises? And whether humans – & – Nature should or profit come first? The new advent of acid rain may remind us moderns of the salt that ruined the mighty Babylonian civilization. Thus between new acid and old salt mankind faces its most daunting rival ever. “In the woods”, wrote Emerson, “we return to reason and faith”. Here Plato regarded man’s reasoning faculty as “the element for God within him”. Nevertheless, as reason stops at modernity’s gate”, irrationality of moderns supersedes what is seemingly perceived as the unfair cruelty of Nature.

Perhaps it is Omega…(VI) In such an imperfect world, as religious men often failed to pave the way to a better understanding of the purity of true faith via theology, irreligious scientists could not as yet bridge the gap between nature and technology. An odd fruit of brain-based technology has killed the real man in all of us and left behind a wretched technotronic predator that is dancing with his own social machines. Hereby to understand is to have a strategy, or else we may end up as prey for what our high-tech hands have created. For Plato, “Goodness of soul means knowledge of good & evil, because all virtues is knowledge”. Such was the conclusion of Bacon: “Understanding is power”. Albert Einstein has gone further as to prove “that knowledge & Justice are ranked above wealth & power”. And thus and thus, vainly, it has often been explored and poetized: when will that brave springtime arrive after such a long, dark winter of inhumanity?

Perhaps it is Omega…(VII) Modernity has has alas been aborted by a trend of modernism all towards selfishness & utter greed. Worse, thus it was settled in Orwell’s Animal Farm: “All animals are equal but some animals are more equal than others”. Whereas the acceleration rate of our material exploitation amounts to what Thorstein Veblen calls “the predatory phase of human development”. The critical demand for any civilization means more than the current material progress… simply because it implies “a Moral Order & Tolerance” as the real measure for our civilized existence. And since we have failed as mankind on this endeavor… the rising real challenge of 21st century is in the “Social breakdown” crises of man-made community. And worse, by isolating knowledge from the questions of the central issue of justice, modern science is going for a techno-tronic song of wealth & power. Justice, according to Omar Khayyam, “is the soul of the universe”. V. Hugo added “Justice has its anger, and the wrath of Justice is an element of progress”. After all, even the essence of Democracy is an echo from a rather divine Justice: “Vox populi, Vox Die” Author EAST WEST: SWORD & WORD, Urlink Print & Media publications, USA.