For some Path of Exile players most likely busy with annihilating monster for POE Orbs or trying to buy POE Currencies from local vendors, now we got some serious news to announce and it will blow your mind.

As one of the most long-awaited contents in Path of Exile: Synthesis league, a new Mystery Box set called Glimmerwood was officially introduced into the game. And allegedly, any buyer can be rewarded with a random cosmetic worth 320 points on average which is more three times the cost of the box.

Even though Path of Exile finally decided to unveil all specifics of this Glimmerwood Mystery Box after hundreds of plea for its appearance have stacked up in the forum, it doesn’t mean you can get what you wish for. Currently, every microtransaction listed in the new Mystery box won’t be available for players until one month later after the ending of the Synthesis league. What you can really get from a Mystery Box now is randomly provided and the consequence is deeply affected by items’ rarity.

The Glimmerwood Mystery Box set can be divided into two different aspects: One is called Huntsman, the other is Madcap. It’s two characters that have been portrayed to dominate the woodland realm where players need to combat the monsters and seek the rewards. The Huntsman set appeared to be more “Jungle Adventure” style and looks suspiciously like Poison Ivy in a jungle suit. Meanwhile, the Madcap costume set is particularly horrid and eccentric and reminds me of the joker from Bat Man movies, whose costume, in this case, features a groupie magician touch. 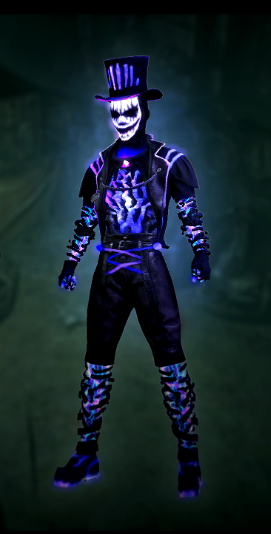 In addition to that, these two different costume sets can be blended perfectly together into another bizarre and dazzling costume set called Transcendence. For example, if you receive both the Huntsman and Madcap Body Armours from their respective armour sets, you can combine these to receive the blended Transcendence Body Armour. However, it doesn’t stand for the statement that every transaction from both existing costume sets enables to combine successfully with another piece with an equal attribute. As far as we know, there is a list of microtransactions that are supportive of the combination including Armour Set Pieces, Cloaks, Wings, Portals, Hoods, Weapon Skins and Footprints. 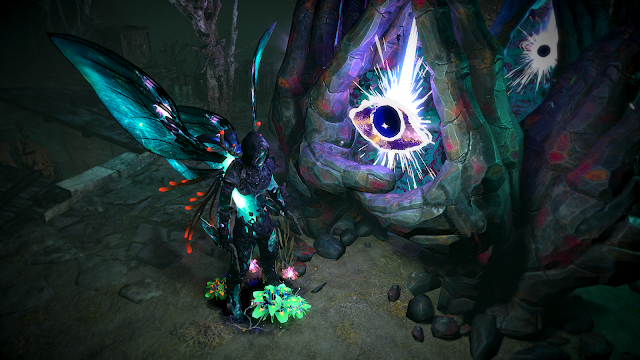 Once the combination is completed, there is no way to undo the process. So basically, the transformation from two different costumes to the brand new one is irretrievable and irreversible.

Check out the details and other information about new Glimmerwood Mystery Box set from here.

Path of Exile: Synthesis league is available on PC and Xbox One now, and will go live on PS4 on March 26th.

All photos and video in the essay courtesy of Path of Exile official website.