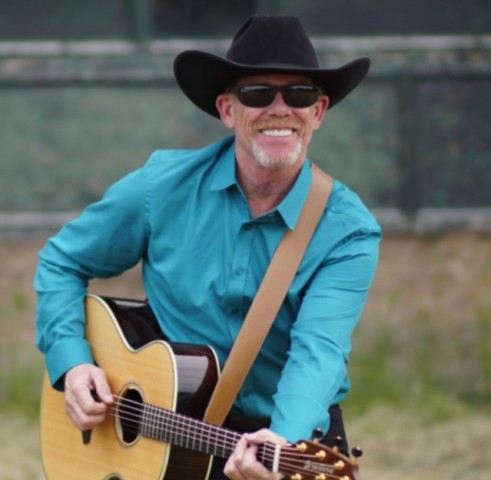 Formed in 1987, Paradise Motel initially consisted of Ray and Tim Mussell, Glenn Ellery, and Bernie Parenteau, all members from the small town of Drayton Valley Alberta, Canada. In their three decades of inception, the band went through a roller coaster ride and yet continued to produce remarkable music for their fans, marking their unique space in the music industry. One of the band’s latest projects is a full-fledged album called “Black Dove” featuring 11 astounding tracks, showcasing the band’s remarkable vocal, instrumental and lyrical prowess.

In this exclusive interview, the band describes their amazing journey so far, going through the death of two band members and upcoming projects, including the single “If you ever leave me”.

Interviewer: Tell us how Paradise Motel was formed?

Paradise Motel: Paradise Motel was formed in 1987. It consisted of Ray and Tim Mussell, Glenn Ellery, and Bernie Parenteau. All members were from the same small town of Drayton Valley Alberta Canada.

Interviewer: Describe your journey so far.

Paradise Motel: The band started out doing smaller shows and weekend club dates. They became a recording act in 1990 with a release on a compilation CD entitled Western and Country. We started recording their debut self-titled album in 1991. At this point, all members still had full-time jobs. The first single, “Fire In The Hole” was released in 1992 and was followed up with a video on CMT.

We were starting to gain recognition and invited to appear at Fan Fair in Nashville. In 1992, we went full-time touring and toured extensively for two and a half years playing in venues in Canada and the USA, opening for major label acts, doing festivals, and major circuit clubs. Though eventually, we folded in 1994.

Interviewer: How did things change for the band after the death of two band members?

Interviewer: Tell us more about your latest project “Black Dove”.

Paradise Motel: Glenn and Ray recorded the original demo track for Black Dove in 2013. Through the next 5 years, the project grew in scope to what it has become today. 2 full studio albums, 4 YouTube videos with the debut being “Black Dove” and 3 more videos ready to release. 4 more videos are in the planning stages to complete 8 single releases over the next 2 years.

Interviewer: Tell s about your upcoming single “If you ever leave me” from the album Black Dove?

Paradise Motel: “If you ever Leave Me” from the album Black Dove is releasing on the 2nd of June, 2020 along with a music Video on YouTube.

Interviewer: What is your inspiration to make music?

Paradise Motel: The love of creating something tangible from a simple idea and seeing it come to fruition

Interviewer: What other projects are you currently working on?

Paradise Motel: Ray Mussell of Paradise Motel is currently collaborating with Canadian Country Music star, Aaron Pritchett, on a family-based recording project, aptly named “Family Business “. One family producing and one family performing. This will be a world-class, multi-genre project with 2 generations performing and producing this record. Most, if not all material on this project will be original.

More information about the band can be found on their official website paradisemotel.com.