“The top is down, the sun is blazing and this girl is singing…” and Centric is thrilled to announce the release of his latest track “Sunday Drive” which he features Anna Moore. After releasing “Vibes”, Centric has decided to water the appetite of his fans with the release of this new track in anticipation of his upcoming Jazz/Soul LP, “Love Received”. 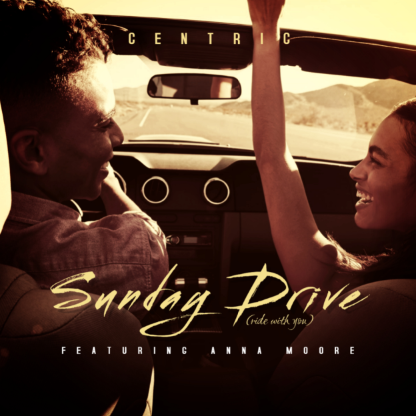 This new track was released on April 30, 2021, and produced by Centric and Joshua Sanders. Mixing and Mastering were handled by Bobby Balow while Gerard Hairston was the engineer overseeing the track’s production. As he gears towards the release of “Love Received”, Centric seeks to release top-notch jazz/soul tracks for his loyal fans.

“Sunday Drive” featuring Anna Moore is the second in the buildup to Centric’s LP. The first track in this buildup was “Vibes” which featured Carlitta Durand, Felicia Taylor, Shakiah, and Lena Jackson. “Vibes” received so much appraisal and downloads and “Sunday Drive” is expected to garner as much love.

Centric is an award-winning music composer and record producer. He is also 1/2 of the Hip-Hop duo “Grand Opus”. The Oakland-based music producer is set to release his first Jazz/Soul LP titled “Love Received” and has released two tracks, “Vibes” and “Sunday Drive”.

He is linked with several key players in the entertainment industry such as Lena Jackson, Anna Moore, Carlitta Durand, Felicia Taylor, Shakiah, Chris Ray, and Jagged Edge among others.

For more information about Centric and the “Love Received” LP, log on to http://www.iamcentric.com/.