Now seeking community support via Kickstarter, a dystopian series about a brother and sister with the powers to create a new, unbroken world or destroy it completely!

Starr Z. Davies, an award-winning author from Wisconsin, has announced a crowdfunding campaign on Kickstarter to support the release of Desolation, the first book in her new post-apocalyptic dystopian series for young adults.

A story that takes place in the same world as Starr Davies’ popular Powers Series, which teased Ugene’s children or grandchildren as the next step in human evolution, Desolation introduces readers to the children of Ugene Powers, Paige and Gavin. The brother-sister duo is challenged to forge their own place in the shadow of their father’s legacy after twenty-two years have passed since the fall of the Directorate, and the city of Elpis has entered a Golden Age of prosperity, until a mysterious signal hints that they are not alone in the shattered world, and life, as it is known, threatens to be disrupted.

But Minister Powers sends out teams to learn more about the mysterious signals lurking in the world. Gavin, desperate to protect his little sister, joins the trek. The two quickly tumble into a desperate fight for survival that could tear them apart for good as the reality of the outside world closes in.

The new Powers Legacy series promises to be a page-turner that keeps readers at the edges of their seats and explores important concepts of self-identification, global ramifications of personal choice, and social justice, while also demonstrating how to find the power within oneself to do what is right.

To learn more and support the project, please visit:

Funds raised from the crowdfunding campaign will be used to support the release of Desolation and the new dystopian Powers Legacy series. Starting today, pledge as little as $10 to show your support and receive a free eBook copy of Powers Legacy: The Prequel. Other specific rewards, including exclusive prereleases and copies of Desolation in paperback or hardcover with bonus artwork, are also available, but may be limited. Act fast and visit the Kickstarter campaign page today.

Starr Z. Davies is a writer from Wisconsin. Best known for her Powers Series, a young adult dystopian trilogy about a future world with superpowers, she recently announced the release of Desolation, the first book in a new post-apocalyptic dystopian series for young adults, on Kickstarter. She is also the award-winning author of Fractured Empire Saga, a Mongolian epic based on the true life of Mandukhai the Wise. 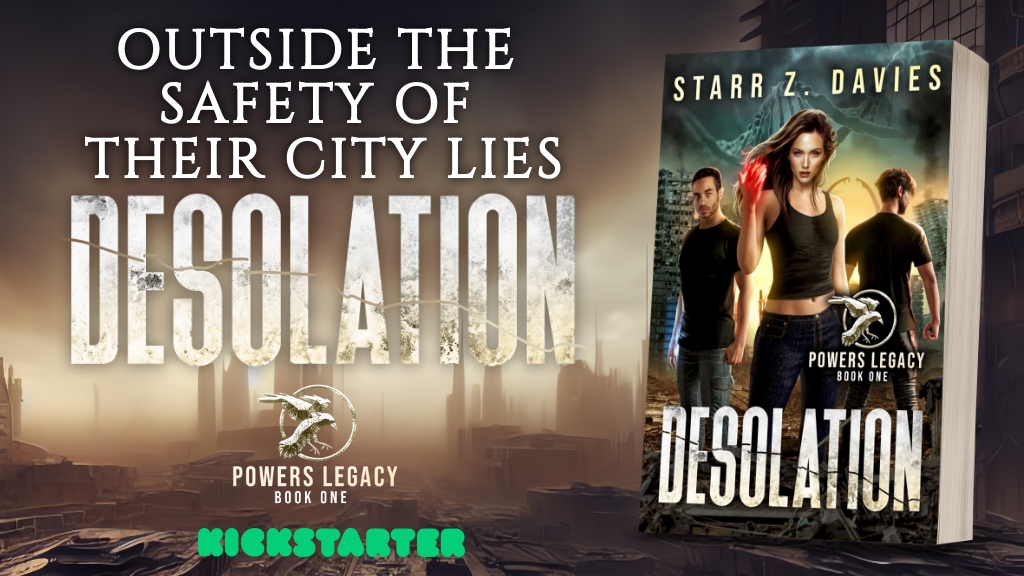 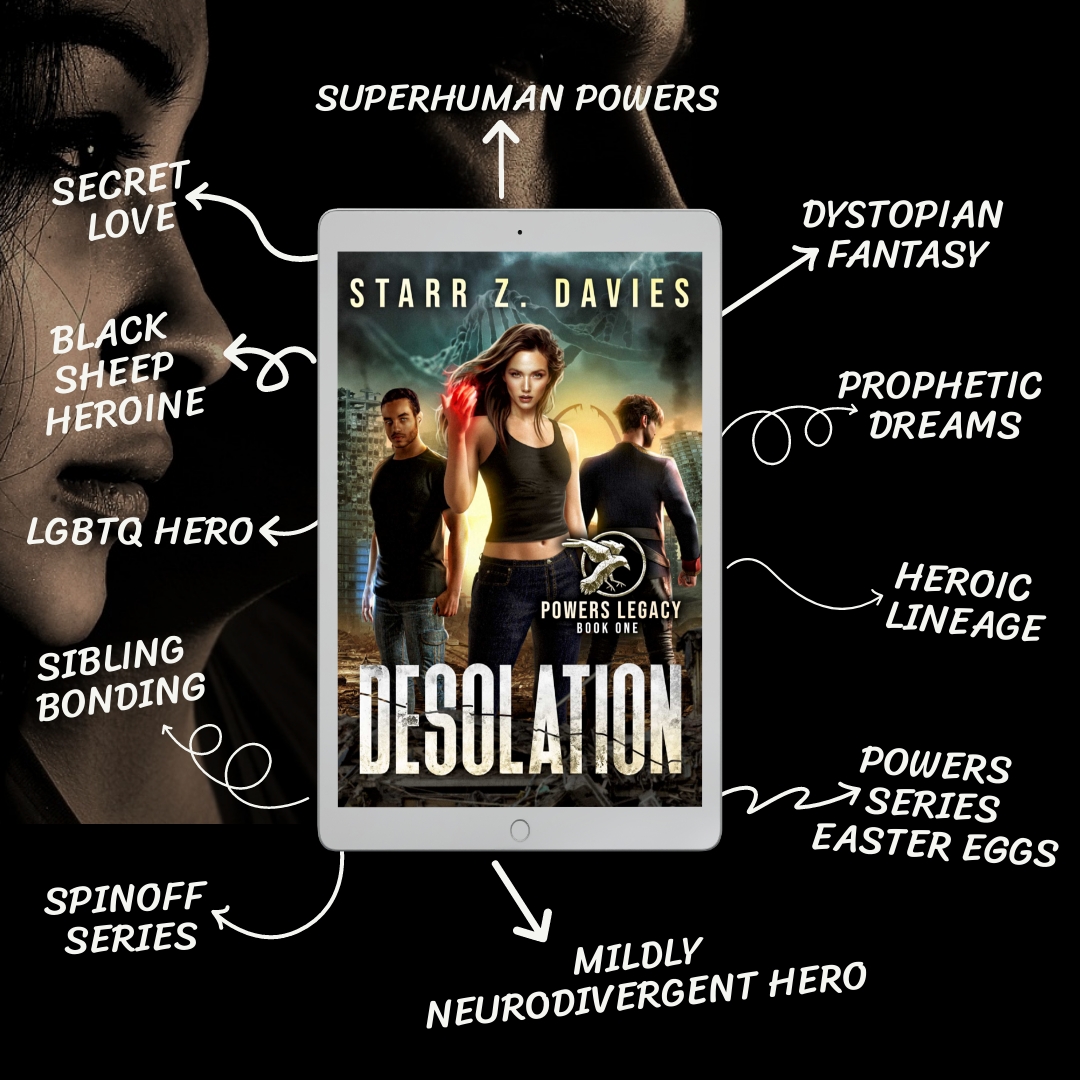