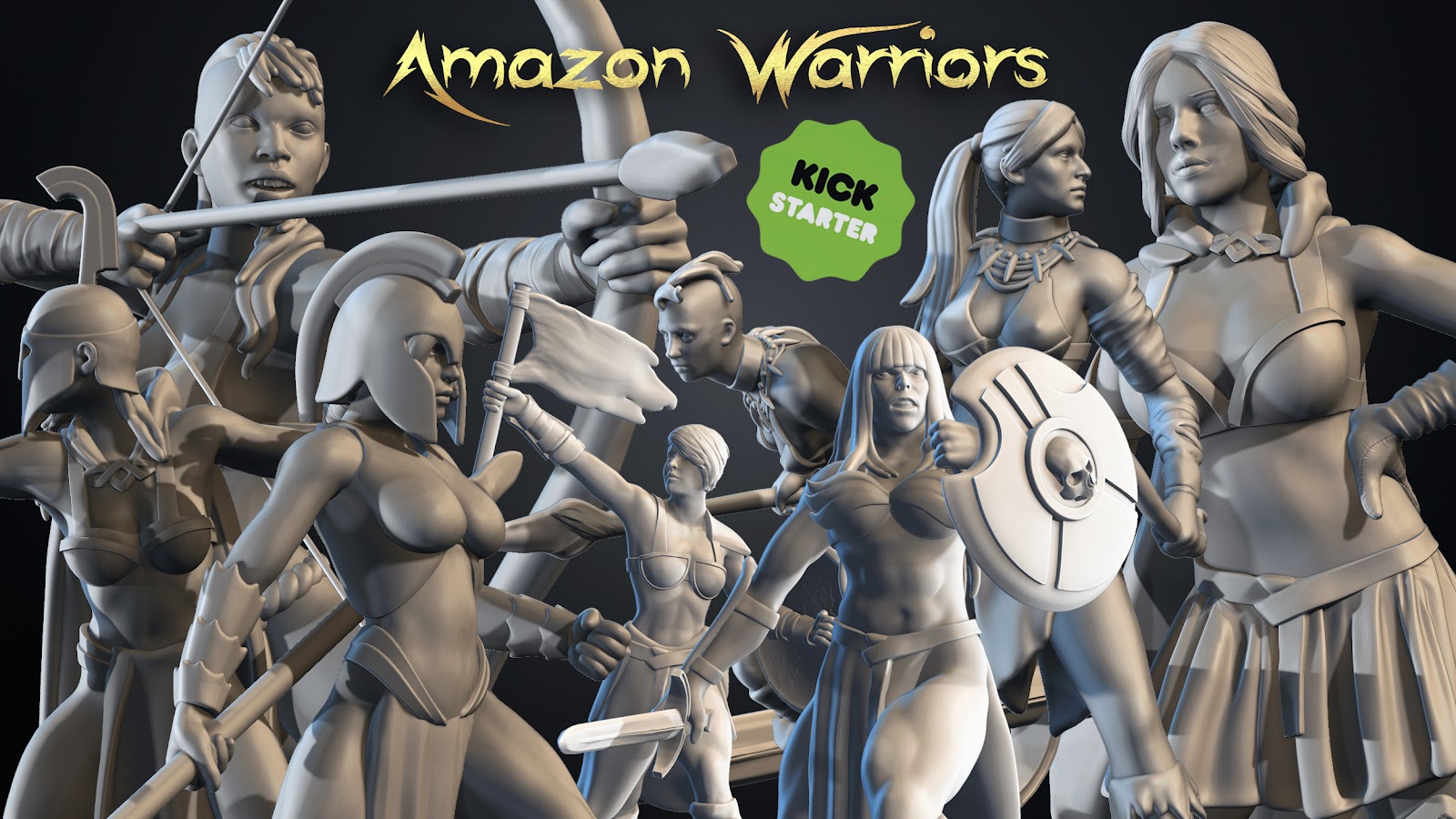 Amazon Warriors are 3D Printable STL miniatures and terrain pieces for role-playing games, tabletop games, war games, and collections. Created by Ismael Panadero, a 3D modeler of collectibles and miniatures, the Amazon Warriors project will consist of sets of characters and settings from the historical fantasy genre. In total, 18 characters and two set pieces will be produced for the basic set.

Supporters of the campaign will receive digital files for each piece in the option they select. Designed with Zbrush, a 3D modeling program, each file has been created for use with resin printers but is also suitable for FDM printers. It has never been easier to bring to life miniatures and terrain pieces from periods of Greek Mythology or the early American Colonization. A high-quality addition to new wargames or “make your own” campaigns, Amazon Warriors create a world of their own, inspired by the stories and myths of Amazon Warriors in fantasy role-playing games and board games.

To support this project on Kickstarter, or to see early designs of the characters and terrain pieces in each set, visit the campaign page here. For a limited time, get both sets of STL files for just €16. Rewards are limited, so act fast! The STL files are expected to be delivered in late July 2020.

Amazon Warriors is a set of characters and settings from the historical fantasy genre. With 18 characters and two terrain set pieces, Amazon Warriors will be delivered in STL file format for personal printing. Each has been designed by Ismael Panadero, an accomplished 3D modeler and illustrator of collectibles and miniatures from Madrid, Spain.