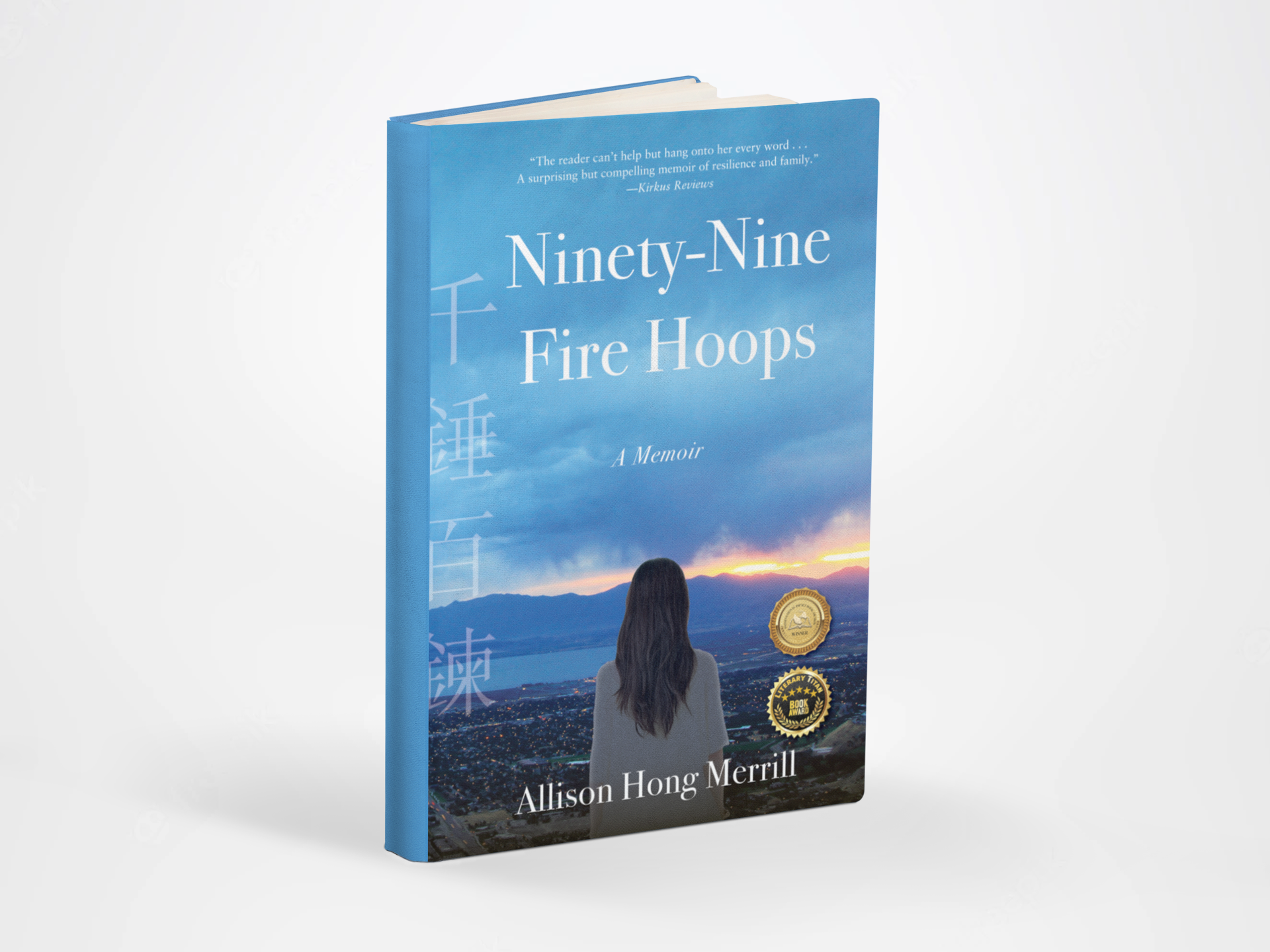 Allison Hong Merrill’s Ninety-Nine Fire Hoops recounts the powerful true story of her journey from a powerless immigrant bride to a confident woman in command of her own destiny.

Allison Hong Merrill was born in Taiwan. At 19, she meets a rebellious young American man, Cameron, in Taipei. Three years later, she elopes with him to his hometown in Texas, speaking only Mandarin Chinese. Sixteen months into their marriage, one day, Allison goes home to their apartment and discovers that during her two-hour absence, Cameron has moved out, cut off all services, withdrawn all the money in their bank account, and served her divorce papers. From a powerless, abandoned immigrant bride to a confident woman in command of her own destiny, Ninety-Nine Fire Hoops tells the story of how Allison’s choice to break the Chinese cultural expectation for women to submit to men’s will allows her to create her own path.

“Life is a summary of your choices. You have the power to choose the person you want to be and the life you want to live. Choose to be obsessed with love and kindness,” says Allison Hong Merrill. After overcoming tremendous adversity, Hong Merrill has gone on to win 30 book awards. Her work has appeared in New York Times. She is a keynote speaker and panelist at writer’s conferences nationwide and in Asia. With a passion to share her Chinese culture through empowering memoirs, Hong Merrill hopes to inspire and empower the lives of many. “I originally worked on this book as a legacy project, a humble offering to my three interracial, multicultural children who were born and raised in the U.S. and didn’t have a sense of connection with their Chinese roots. Then it became a passion project that allows me to share my Chinese culture with the world.”

Hong Merrill uses her unique experiences to iillustrate universal themes in Ninety-Nine Fire Hoops that the reader can resonate with. The book’s commentary on surviving in America as a young immigrant woman offers more than just a touching story. Hong Merrill’s journey of growth and discovery is enamoring; it’s hard not to walk away from the book without fixating on her resiliency and will to love, which were arguably within her from the start. Also, while both her character and her journey are compelling enough as they are, Hong Merrill’s storytelling takes it a step further and immerses the reader in a depth of emotion that is truly moving. Hong Merrill tells her story with clarity and thoughtfulness, which is an even greater testament to her tender insightfulness. She takes deeply painful personal experiences and finds a way to make our lives better for them.

Ninety-Nine Fire Hoops has been endorsed by some of the most well-renowned experts, authors, and reviewers around the world. Book Viral Reviews writes, “It’s an incredibly emotive read that will leave few hearts untouched.” In addition, Literary Titan writes, “Merrill writes with intensity and simplicity; you cannot remain untouched.”

The story of any immigrant making it in America is often an inspiring one, but Hong Merrill’s journey is especially exceptional. Both harrowing and heartwarming, Ninety-Nine Fire Hoops will leave you breathless. The book is available for sale on Amazon, Barnes & Noble, Apple iBooks, Kobo, Nook, Google Play and other online bookstores. Readers who have experienced any form of gender inequality, racism, and immigrant injustice are encouraged to purchase their copy today: https://www.kingsenglish.com/book/9781647421892

Allison Hong Merrill is a Taiwanese immigrant and an award-winning author who shares her Chinese culture with strong storytelling skills to create empowering memoirs. Since its launch in September 2021, her debut memoir, Ninety-Nine Fire Hoops, has won over 30 book awards.

Allison earned an MFA from Vermont College of Fine Arts and writes in both Chinese and English, both fiction and creative nonfiction. Her work appears in New York Times. She is a keynote speaker, instructor, and panelist at various writer’s conferences nationwide and in Asia. She also appears on TV, radio, and podcasts; in magazines, newspapers, and journals. She’s available for interviews, teaching, and speaking engagements nationwide.

To learn more, please visit her at: https://www.allisonhongmerrill.com and sign up for her short monthly email.