Path of Exile 3.10.0, also known as Delirium expansion launched for PC on March 13, the version of PS4 and Xbox One will come in the next week.

From an announcement posted by Grinding Gear Games, it not only introduced the entire gameplay of Path of Exile 3.10 in detail, but also providing a series of new POE items to learn about. 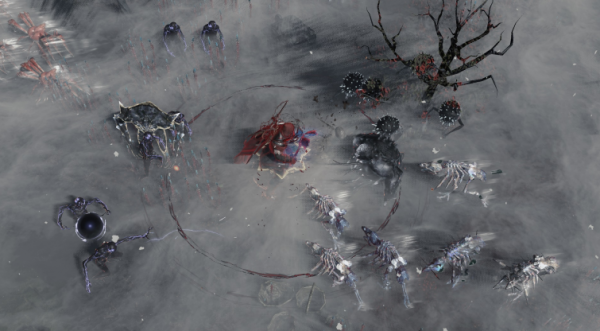 The focus of POE 3.10 is the mirror of Delirium, creating fog and spawning tougher enemies while touching to send the exiles to the worst nightmares. The deeper you venture the fog, it grows bigger and darker, the stronger enemies get.

Also, the Delirium Mirror is not anywhere, greatly affected by greed and hubris, and creates deadly, rare monsters and bosses among about 40 league challenges with rewards.

Unlike many of Path of Exile’s expansions, Delirium adds a part of game content beyond reality. Stepping through the mirror, you are sent to a foggy parallel dimension, and danger is everywhere. Under the influence of Delirium, some monsters gain the nasty new abilities, which greatly increases the difficulty of defeating bosses. Surely, the extrinsic reward will be more valuable than ever before, also known as loot, in return for hunting nightmares. 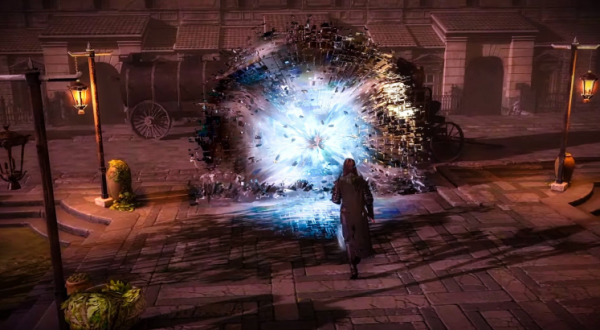 A new POE Orb created for Delirium expansion to applied to endgame maps and control Delirium intensity. Under the influence of a Delirium orb, it can be plunged into Delirium for the entire duration of a map, possibly acting as adding unique items to the map like singular incubator.

From a short trailer of 3.10 Delirium, we can glance at what the orb looks like, but it is still uncertain whether it will be in different versions or types, except that up to five orbs can be placed on the same map.

Also, the Orb of Delirium can set the Delirium reward type from the density, difficulty and vale among the maps. Simply put, the more orbs are applied to a single map, it could drastically increase its difficulty.

Obviously, the Orbs of Delirium are very useful for endgame maps. Due to its uniqueness, how common the orbs to be will depend entirely on the map distribution, but it is definitely not more common than Blight maps, but possibly rarer even.

There is another to support the view. Orbs are considered great ones since it launched Delirium, they seem to prove its rarity. Analyzing from Path of Exile’s past expansions, the easy orbs to gain are definitely low value and universal. 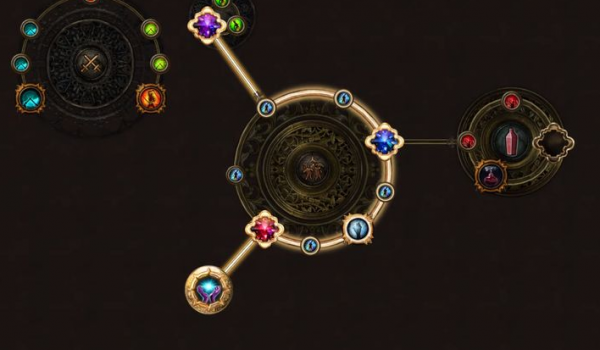 A new type of Jewel to expand the passive tree throughout Path of Exile, Cluster Jewel is divided into three categories, Small, Medium, and Large, socketing into the outermost sockets to add new minor nodes, notables and keystones to passive tree.

Usually, a Cluster Jewel can only provide a Socket of smaller size to the Jewel itself, for example, it couldn’t be seen that a Medium provides a Large Socket.

They can all be found dropping from any monsters affected Delirium Fog, and the huger difficulty of bosses can increase its drop rate.

But in the first few days and even few weeks after Delirium release, we don’t know exactly its actual drop rate and dropping from which monsters.

Incidentally, Cluster Jewel can be traded with each other while playing, but where buying or selling, it won’t bring much change to the in-game economy as it is not very rare.

Compared to Cluster Jewel, there are still several available POE Currency in Delirium to provide effective help, such as some precious orbs like Chaos Orb and Exalted Orb, which will also be noticed in 3.10 expansion.

Not limiting to these, the above are just the major ones added to POE Delirium, beyond that, some regular items are still worth looking forward to, such as Simulacrum Maps and Divination Cards, which couldn’t shock the long-awaited fans to POE 3.10 expansion as they have appeared more than once in previous expansions.

When it comes to the best store in POE Trade, the first one to appear my mind is IGGM, one of top MMORPG stores. I was lucky enough to buy POE Currency for it several times and felt good, or even perfect.

One of the significant features of shopping at IGGM is security, regardless of the currency source or trading method, it can be guaranteed to be sufficiently secure, absolutely not causing any risks.

You are recommended to visit the shop personally, as I want to give you the greatest help within my ability, enjoy your adventure on Delirium.